Think back to elementary school. Did any of your classmates have ADHD? What were they like? How did teachers or parents describe them when talking about this disorder?

If this classmate was a boy, you might remember them as being the “hyper” person in school. They were fidgety, they talked a lot, or they had random outbursts that got them into trouble. Maybe your teachers told them that they needed to focus.

Do I Have ADHD?

For many people, this is the typical “picture” they have in their mind of someone with ADHD: a child, usually a boy, who is always running around or scolded for being distracted. But as you graduate, enter the workforce, and make adult friends, that picture is likely to change. 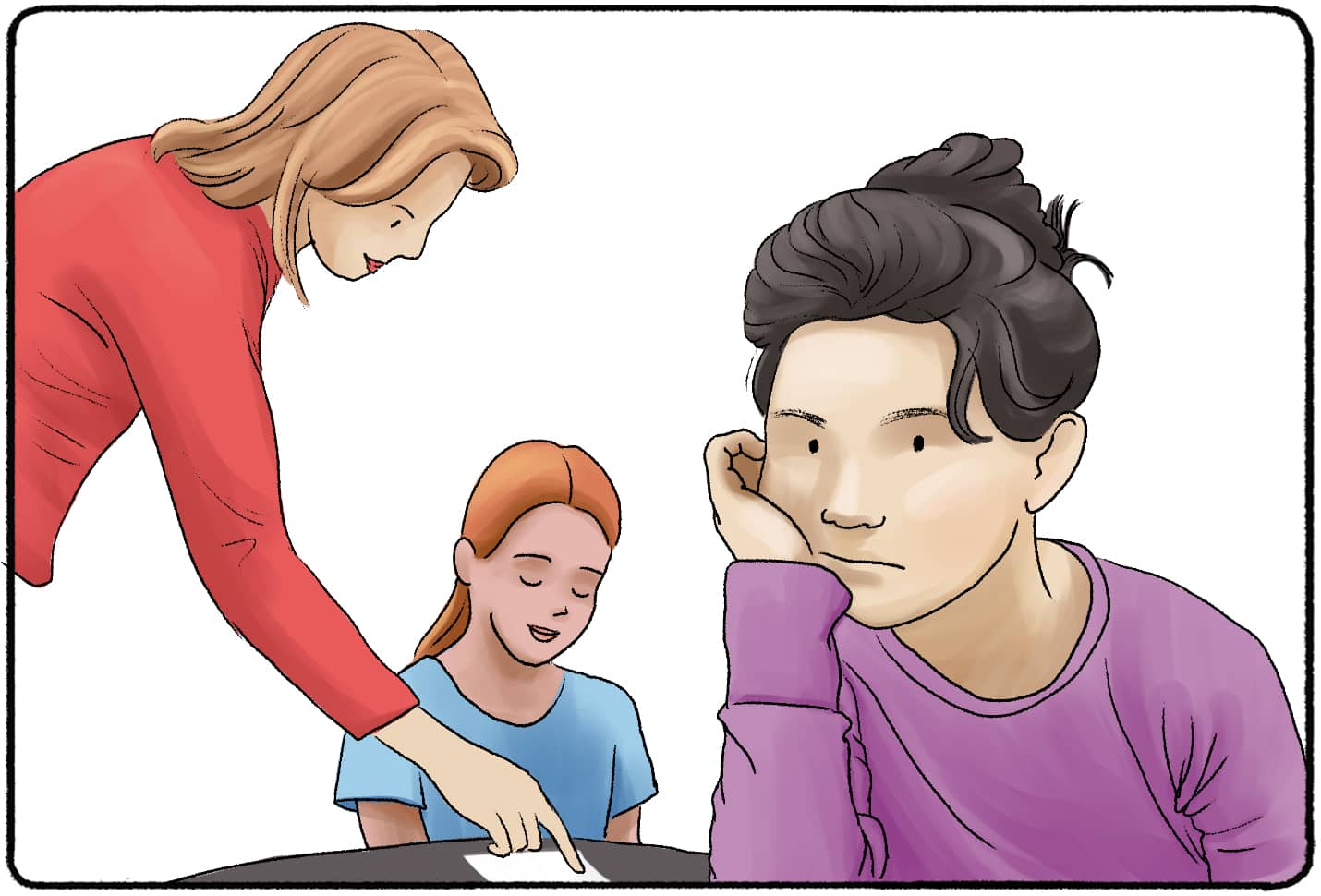 Do not use this as a replacement for reaching out to a licensed professional. If you think you have ADHD, reach out to a psychiatrist.

ADHD, or Attention-Deficit/Hyperactivity Disorder, is a neurodevelopmental disorder that affects both children and adults. As our brains grow and develop, we acquire or strengthen certain skills. A child, for example, naturally has less impulse control than an adult. Our ability to regulate emotions grows and changes over time.

But for some people, these skills don’t come so easily. Their brains may be smaller or underdeveloped compared to their peers. In these cases, a child may be diagnosed with ADHD.

Of course, children (or adults) are not usually diagnosed from a CAT scan or by simply recognizing a lag in brain growth. ADHD presents itself through a variety of “behavioral issues” or traits that are uncommon among their peers.

ADHD isn’t just about restless legs or being a chatty kid. Adults in your life may come to realize that ADHD presents itself as anxiety, depression, “laziness,” zoning out, self-esteem, or a lot of other misunderstood behaviors and traits. As you learn more about ADHD, you might find that a lot of the things you are insecure about may have an explanation. Many adults find out that they have ADHD later in life – and the diagnosis is a sigh of relief. Take some time to learn about ADHD, how it affects your ability to focus, form relationships, and complete tasks. You might understand yourself, your friends, or your colleagues more.

People with ADHD are considered “neurodivergent.” Neurodivergence refers to anyone whose brain thinks, learns, and processes information in an “atypical” way. Neurodiversity is not synonymous with “bad,” just “different.” This is a new term, and it’s okay to refer to people as neurodivergent or specifically use the term “ADHD.”

People who have received many different types of diagnoses may also be considered neurodivergent. Neurodiversity is an umbrella term. All of the following conditions fall under this umbrella:

ADHD and the Brain 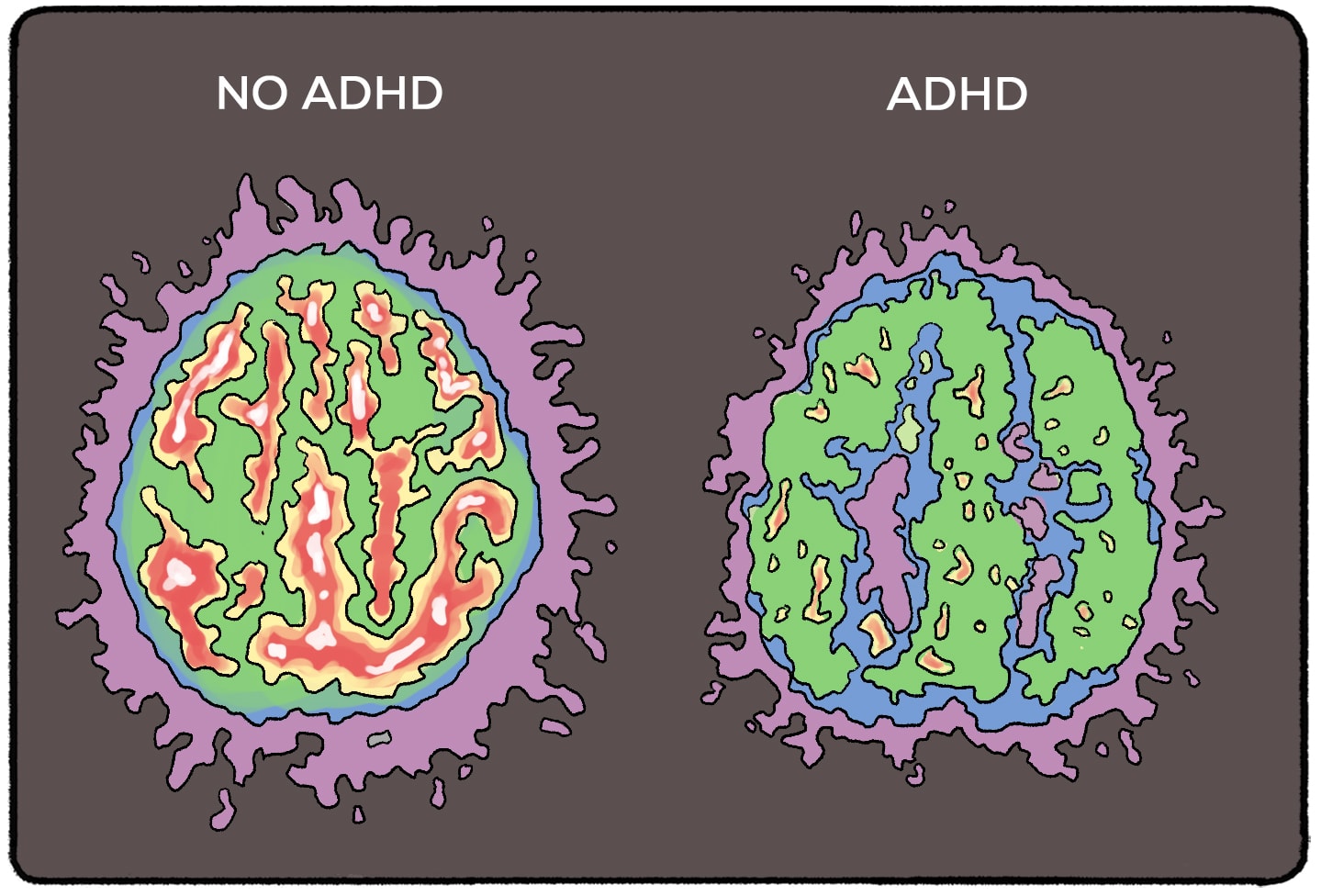 Neurodevelopmental disorders like ADHD are associated with irregular or poor functioning in different areas of the brain. Although research on ADHD still leaves us with a lot of questions about this disorder, we do know that the frontal lobe of people with ADHD differs from “neurotypical” people. In children, this area is often smaller.

The frontal lobe is associated with tasks like organization, attention, and decision-making. Underdevelopment of this area may result in a wide variety of symptoms that all fall under the umbrella of ADHD. This underdevelopment takes many forms, including the literal size of the frontal lobe, weak connections between neural networks, variations in neurotransmitters, and lags in the development as a person grows from a child to an adult. Blood flow and brain activity may also be unusual in someone with ADHD.

There is no one exact form of underdevelopment that causes ADHD – as research continues, the way that ADHD is diagnosed or interpreted may change. For example, recent research has shown that the amygdala and hippocampus, areas of the brain that are associated with emotions and impulsive behaviors, may also differ in size or activity among people with ADHD.

What Are the Symptoms of ADHD?

The language surrounding symptoms and diagnosis of ADHD probably has changed since you were introduced to classmates or people with ADHD! Rather than diagnosing someone with ADD, for example, a clinician may now diagnose a patient with a specific type of ADHD.

This is the type of ADHD that clinicians have traditionally identified and diagnosed. When you think of the hyper kid in your class, usually a boy, you are probably thinking of a child with predominantly hyperactive and impulsive type ADHD. Symptoms include:

ADHD isn’t just running around and fidgeting in your seat. Predominantly inattentive ADHD, previously known as ADD, is another form of ADHD that is more commonly diagnosed in adults or young girls. This form of ADHD is also commonly mistaken for general inattentiveness. Symptoms include:

Although people with ADHD all have some sort of neurodevelopment issues, these issues range and so do symptoms. A person diagnosed with combined type ADHD may display any combination of the above symptoms. This is one of the things that makes ADHD so tricky to diagnose, especially in adults.

Just because ADHD has been traditionally a diagnosis for men and boys and ADD was traditionally a diagnosis given to women and girls does not mean that these symptoms aren’t present in all children. As research on ADHD has developed, clinicians have discovered that a lot of symptoms go unnoticed and ADHD goes undiagnosed. Anyone can have ADHD, regardless of age or sex.

ADHD is believed to be hereditary. If a parent (or a child) has been diagnosed with ADHD, consider speaking to a psychologist about concerning symptoms of behaviors.

ADHD in Adults and Children

ADHD doesn’t usually “go away” as the child develops into an adult. Most children with ADHD live with the disorder throughout their life.

The symptoms and signs of ADHD were not always understood. Adults with ADHD today may not have been diagnosed as children and still live with the disorder, untreated.

Example of ADHD In Adults

Jenna was never considered for ADHD testing as a child. She was calm, well-behaved, and got pretty decent grades. She remembers many nights struggling to begin her homework, but she always got it done.

After college, she got a marketing job that placed a lot of demands on her. It seemed like she was always behind, staying behind later than her coworkers to make deadlines. Even with folders, notebooks, highlighters, and other tools, staying organized was a struggle.

It took until she watched some TikTok videos and talked about her work struggles with friends that she realized she might have ADHD. She met with her doctor who referred Jenna to a clinical psychiatrist that evaluated her. Once she received her diagnosis, she was put on a treatment plan and found that much of her anxiety and work-related stress lifted.

How Is ADHD Treated?

Children and adults diagnosed with ADHD may go through a variety of treatments based on their development, age, and how severe the ADHD is. Some patients may be able to get a handle on their symptoms simply by attending talk therapy and finding healthy coping mechanisms that keep them on a routine and living a productive, happy life. Education for parents, teachers, and other people in the patient’s life may also make it easier for symptoms to be identified, understood, and managed at school or home.

Other people may find that medication is required to bring about these results. The “right” medication may vary based on the severity of the ADHD. Stimulants are the most common form of medication – they work to release certain neurotransmitters that do not appear or function as well in people with ADHD. Antidepressants or similar non-stimulants may also be used to treat symptoms of ADHD. A psychiatrist or licensed therapist can help you navigate the best forms of treatment if you have ADHD, anxiety, or any related disorders.

How Does A Person Get Diagnosed with ADHD?

If a teacher or parent believes that a child has ADHD, they are likely to reach out to a counselor at school or their primary care doctor. But as you know, this is often mistaken for restlessness, laziness, or a whole other list of words that simply puts down the child rather than identifying neurodiversity.

On the other hand, a child may be misdiagnosed with ADHD simply because they are younger. Their brain simply didn’t develop at the same speed as their classmates. Brain development looks slightly different for everyone, so a brain may “catch up” or “slow down” at certain points in a person’s life.

ADHD may be misdiagnosed as anxiety, depression, or even bipolar disorder or borderline personality disorder. The reverse can happen, too. If a treatment is not working or a patient switches psychiatrists, they may end up experiencing a switch in their diagnosis.

This brings us to ADHD in adults. You may find that the signs and symptoms of ADHD are very familiar and appear to explain certain habits, behaviors, or decisions in your life. Maybe what you thought was anxiety really sounds more like ADHD. It’s okay to feel a little confused, as misdiagnosis is so common and many symptoms are written off as a personality trait rather than neurodiversity.

The best way to understand how to manage symptoms and whether a diagnosis is appropriate is to reach out to a licensed therapist or psychiatrist, particularly one that specializes in ADHD. Your primary care doctor or health insurance may have suggestions for experts in your area. Working directly with someone in this field can help you understand the cause of your symptoms and how you can manage them in order to live a more productive and fulfilling life.