Going through a break-up is one of the worst life experiences. Not only does it affect you mentally, but it affects you physically, making you feel lethargic, lose your appetite and struggle sleeping. You tend to overthink everything; where did it all go wrong? Why can’t you both work it out? And how is this even happening? The negative thoughts just seem to keep coming, and sometimes it’s difficult to shut them out, which has a detrimental effect on your mental health. Here are 5 of the most common negative thoughts you tend to have during a break-up and how to deal with them.

It’s completely normal to question the reasons behind your break-up. Whether you’re the one who initiated it all, or simply agreed to it without a choice, both parties will second-guess themselves at least once. After all, how are you supposed to know that this is the best thing for you both in the long run, when you’re still very much in love with them? Even if your feelings have faded in the last however many months, you still care deeply for the other person and are very much in the relationship bubble. It’s so easy to believe that you’ve made a huge mistake; however, give it some time. Time will help you gain true perspective on the situation. If you’re adamant you want to be with the other person after a couple of months, then it might be worth having a conversation with them to see if you can both work it out.

This negative thought might be due to lack of sleep or motivation from your mental health being so severely jeopardised. Everybody’s allowed a couple of down days initially as you need time to grieve properly for the relationship, especially if it was a relationship that lasted for years. However, if it’s getting to the point where you haven’t left the house in a month, then it’s time to give yourself a little shake. Even if you don’t particularly feel like it, force yourself to get up, dressed and showered one day. Then force yourself to take a short walk by your house the next. Then head to your local corner shop the day after that. Make little steps forward and you’ll be surprised at how much you can achieve in a short amount of time.

It’s no secret that break-ups hurt. A lot. For a long time. However, it does get better. It may be a cliché, but time truly is a healer, as well as distractions. By leaning on your support system and spending time with the people who matter the most to you, then this will take your mind off things. Don’t let yourself stop going out and doing activities, even if it’s only exercise. Exercise releases endorphins in your brain that instantly improve your mood. Allow yourself to feel and process the pain, but also distract your mind whenever you can.

One of the hardest parts of breaking up is the fact that you have to essentially cut the other person out of your life. They go from being your best friend to becoming a stranger. It’s an incredibly challenging transition, but you have to think – it’s only temporary. You will soon adjust to this new way of life – a life without them – but you can always reach out to them later when you’re truly over them if you’re adamant about still being friends.

Everybody thinks that they will never get into another relationship again when they’re going through a break-up. Why would you want to, when it could result in you having to go through this heart-break again? Surprisingly, though, the heart heals time and time again. The time will come where you happen to meet someone who you think is amazing and you will be ready to open your heart to another person again. It might seem a long way off at the moment, but you will get there. Have faith.

No matter how badly you’re hurting, it’s important not to lose sight of the bigger picture. This heart-break is only a short-term circumstance. You will get through this. One day you will wake up and it won’t hurt anymore. If you managed to live how many years without your ex before you met them, then you can manage just fine without them post-break-up. Whatever you do, try not to be afraid to love again – because there’s nothing else in this world like it. 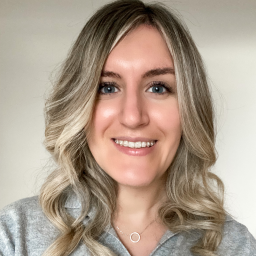