How do you get what you want?

In an ideal world, we could just ask for all of the things we want from people, and they would comply. But the world is not perfect, and we can’t get everything that we want on a first try. So what can you do to get what you want?

There are a lot of honest, ethical answers to this question. But there are also unethical answers. If you attempt to get what you want through deception, lies, or indirect tactics, you are using one of the 11 tactics of manipulation.

We are not giving you these tools so you can go out and manipulate others. Think of this as a warning video. People are trying to manipulate others every day. If you can spot the signs of manipulation, you can see through them and have more control over the decisions you make and your relationship with others.

What Are The 11 Tactics of Manipulation?

We all know someone who uses a wink and a compliment to get what they want. People want to feel attractive and wanted. Manipulators play into these feelings by being charming. They believe that when a person starts to get a little flirty, they’ll start to be attracted to the manipulator and will be more likely to submit to the manipulator’s demands. 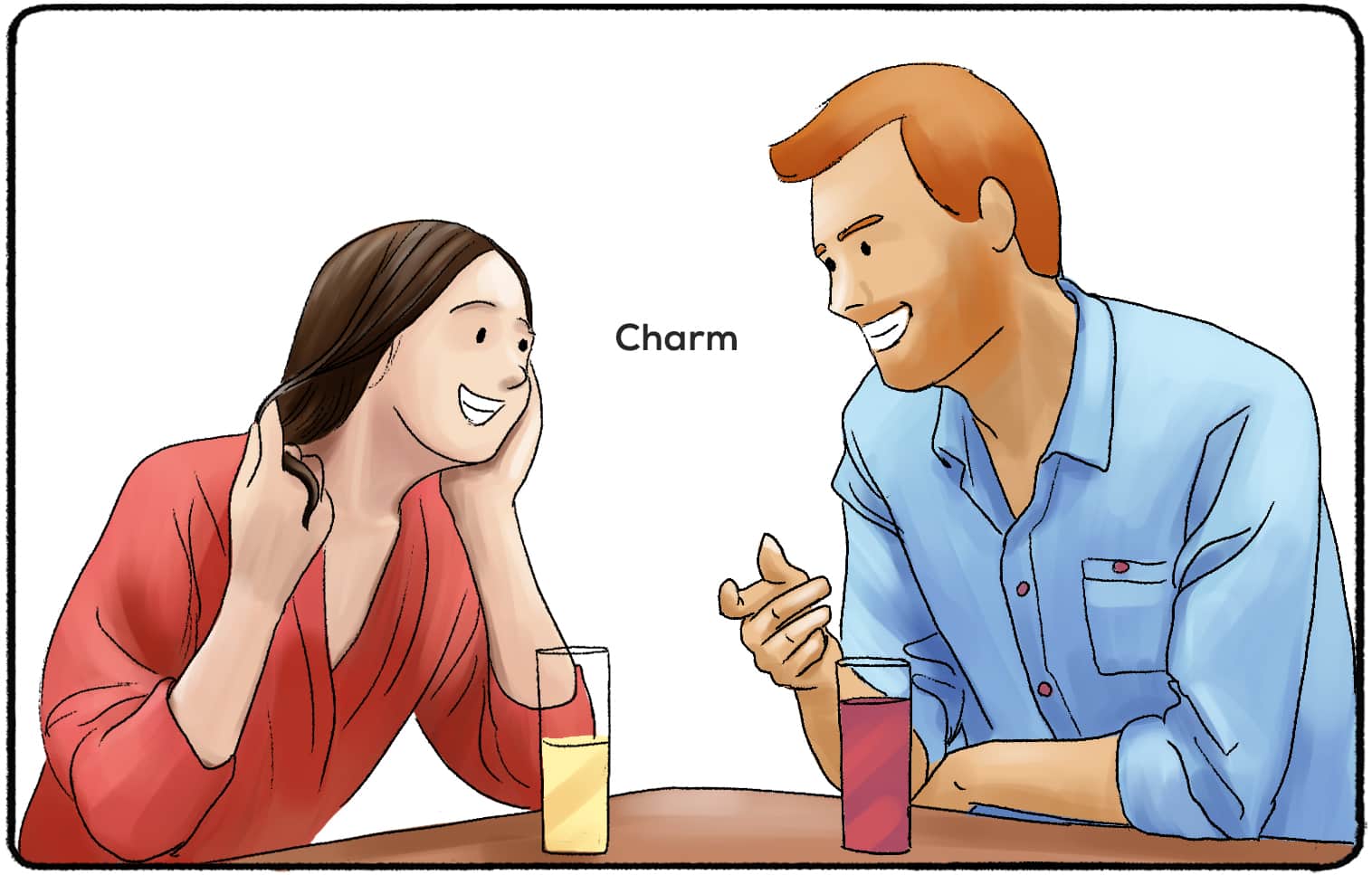 This tactic isn’t all fun and flirty. When someone is “coercing” another to do something, they may be using fear of harm or threats. They might say, “If you don’t help me rob this bank I’ll kick your dog.” Yikes. The person being coerced may feel as though the consequences of not doing the action are worse than the consequences of doing the action.

Silence is a surprisingly effective manipulation (and negotiation) tool. Silence makes us anxious; if someone is silent, or refusing to speak, we may feel the urge to give into their desires or give them something they want just to break the silence. 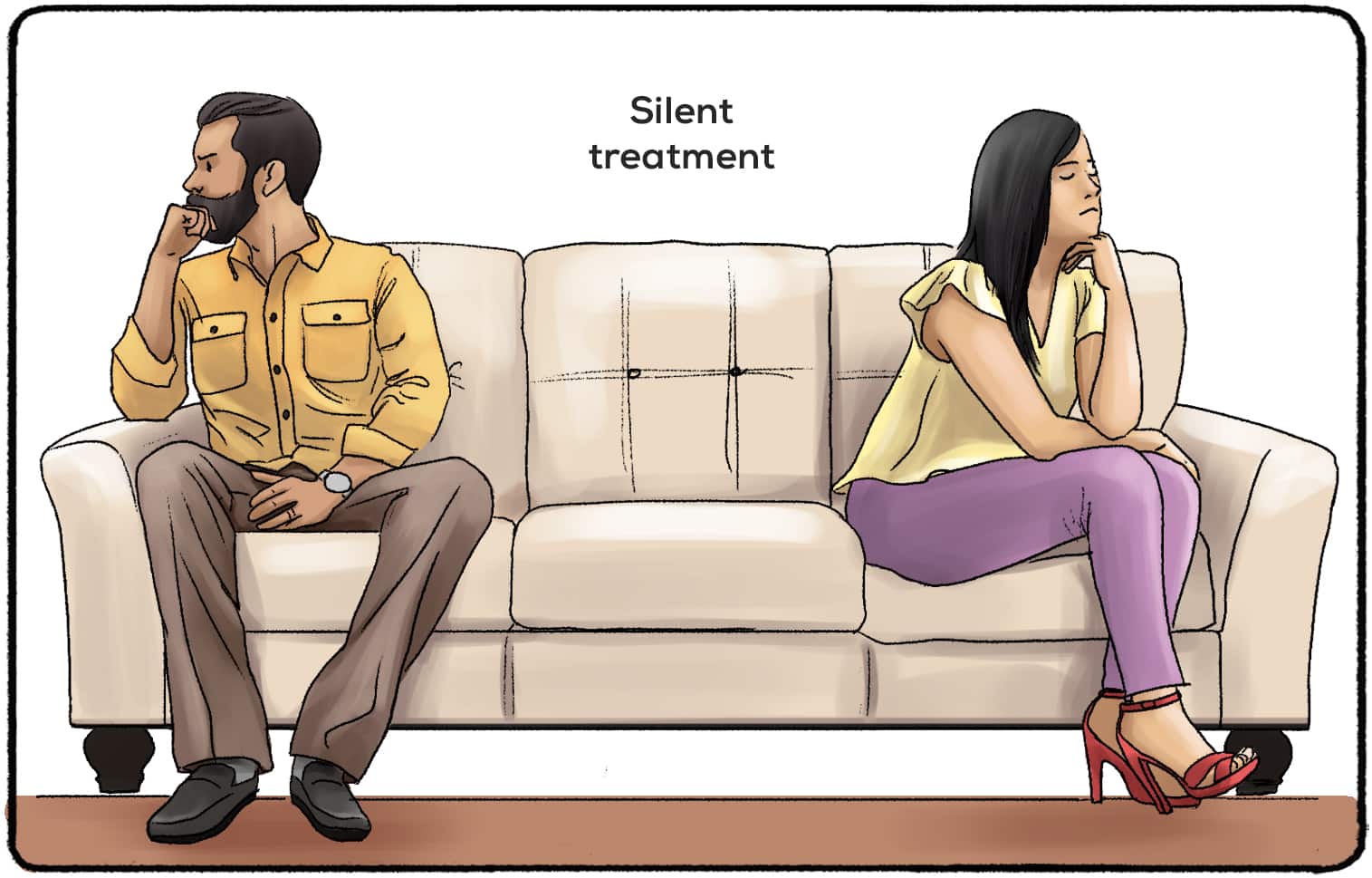 When two people reason with each other like adults, it can be easy for both parties to hold their ground. But when one person reverts to acting like a child, things may go haywire. This is the regression tactic; a person may whine, cry, or pout until they get their way. People may give in simply because they want the childish behavior to stop.

Not all manipulation tactics involve insulting or forcing the other person to do something. If a manipulator uses self-abasement to get with they want, they will humble themselves. Self-abasement may be used when a manipulator wants someone to forgive them, believe them, or make other efforts to strengthen a relationship.

Let’s say you are considering getting your nails done. It’s easy to just decide, “No, I’m not going to get my nails done.” If you already booked an appointment, however, it’s not so easy to just skip out and not get your nails done. Responsibility invocation uses these types of obligations to convince someone to follow through with plans. A manipulator might say, “but you promised…” or “I’ve already booked the reservations…” to make saying “no” a lot harder.

The Social Comparison Theory describes how we compare ourselves to others. Many people measure their success, attractiveness, and presence of personality traits through the comparison of others. Manipulators know this tendency well. They may use social comparison to convince people to take action. “Your friend at work does this for her partner.” “The celebrity in the magazine in on X diet…you should be too.”

Manipulators may play into a person’s greed by offering them money to commit acts that they normally wouldn’t commit. If you were offered a million dollars, would you commit a crime?

Who Are Master Manipulators?

Let’s break down some stereotypes here. Women are often framed as master manipulators. This just isn’t true. There are no sex differences in tactics of manipulation – research shows that men and women equally perform these tactics. Just watch any “pick-up artist” work his “magic” on YouTube, and the myths of women being manipulators will disappear before your eyes.

How Do Tactics of Manipulation Show Up in the Big Five and Dark Personalities? 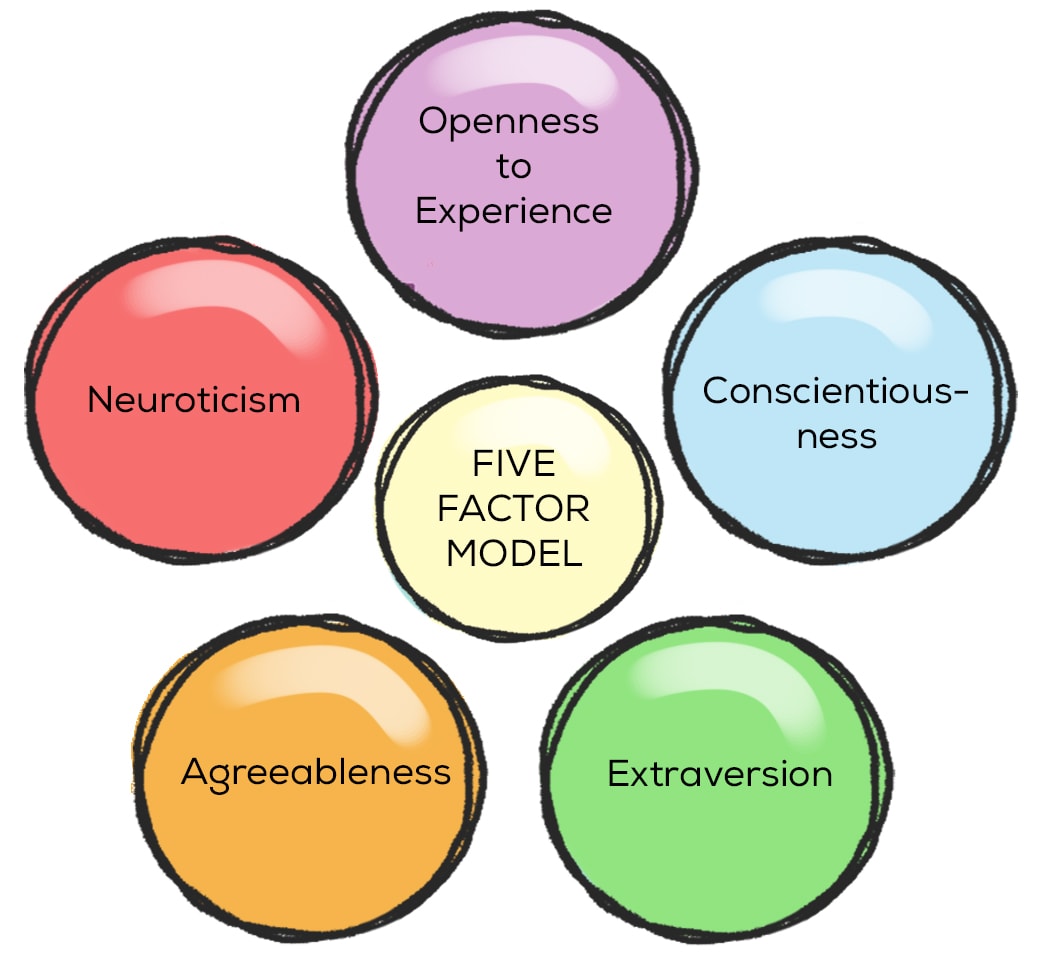 Manipulation tactics show up frequently in The Prince. Machiavelli is one of the world’s most famous manipulators. He is so infamous that one of the Dark Triad personality traits is named after him.

People who are more “Machiavellian” are more likely to use (and justify their use of) manipulation tactics. They believe that they are above ethics and deserve to get what they want, even if they get it through manipulation. This connection is rather obvious, but there are also some connections between tactics of manipulation and the Big Five personality traits. Let’s take a look at them.

If you’d like to see what your personality scores are, you can take my free personality quiz, however it doesn’t factor these tactics of manipulation into your results.

People who score high in extraversion are more likely to use coercion and responsibility invocation.

People who score high in agreeableness are more likely to use pleasure induction and reason to get what they want. These two manipulation tactics are some of the most ethical; they convince people that they will get something positive out of taking certain actions.

Conversely, people who are more disagreeable are more likely to seek revenge on people through coercion and the silent treatment.

People who score high for openness are more likely to use reason and sometimes pleasureinduction or responsibility invocation. Successful reasoning often requires a higher understanding of logic or higher intelligence. High openness and high intellect are commonly linked.

Conversely, people who score low in openness are more likely to use social comparison.

As you evaluate relationships in your life, keep an eye out for master manipulators and signs of the following manipulation tactics. The more you know about manipulation, the easier it will be to see these tactics at work and gain more control over the decisions you make.

How Do You Deal With Psychological Manipulation?

Once you recognize psychological manipulation tactics in another person, assert some boundaries. Boundaries will reduce the chance that this person takes advantage of you. Do what you can to avoid that person; if you can’t avoid them, do not be emotionally invested in their behaviors and actions. Most importantly, find other people who don’t display these behaviors who can support you during this time.