The Big 5 Factor Model of Personality

Looking to take the free Big 5 Personality test online? Here’s one that will take less than 10 minutes and requires no email!

What Are The Big Five Traits?

The Big Five traits were created by personality psychologists to identify and categorize what bring us all together as humans and separates us as individuals with individual personalities. The original Big Five traits are also known as the OCEAN Model. OCEAN stands for Openness, Conscientiousness, Extraversion, Agreeableness, and Neuroticism.

This is one of many attempts by personality psychologists to narrow down the traits that define all humans. In the past, these traits have ranged from 3 to thousands! The Big Five has, in recent years, appeared to be a “happy medium” that covered a broad spectrum of traits but did not overwhelm those studying personality.

Let’s look at each trait individually.

Most of these traits are self-explanatory. The Openness to Experience trait describes people who are curious about the world around them and who feel comfortable trying new things. They tend to enjoy creative activities and are more inclined to exploring different or alternative ideas. People who score low on this scale don’t break out of their comfort zone very often. Different activities, routines, or ideas may make them feel uncomfortable.

This is a good time to reiterate that a high score on all of these traits does not make you a “better” or a “worse” person. Depending on your values and culture, you may view conscientiousness as a positive or negative trait. It’s important to remember that personality tests will not tell you if you are a “good” person, just what traits you have and how they influence your decisions.

Extraverts are more likely to respond positively to stimuli in the outside world. They feel more comfortable around lots of people and lots of things happening around them. Introverts, on the other hand, prefer to eliminate outside stimuli and focus inward.

People can also find these traits in the Myers-Briggs Type Indicator.

People who are more agreeable are more willing to take actions in order to make peace with others. Agreeable people are also more likely to be patient with others. They might sacrifice what they want for the sake of others or let go of anger. Researchers have put anger on the other side of the scale here. This trait still causes some debate in the personality psychology world; no one wants to be called a “disagreeable” person.

This the final Big Five trait and is also known as “Emotionality” by other personality theorists. People who score high for neuroticism are more likely to experience heightened feelings of anxiety, paranoia, depression, or aggression. These feelings may have a large impact on the way that a person behaves or perceives the world.

Who Developed the Five Factor Model of Personality? 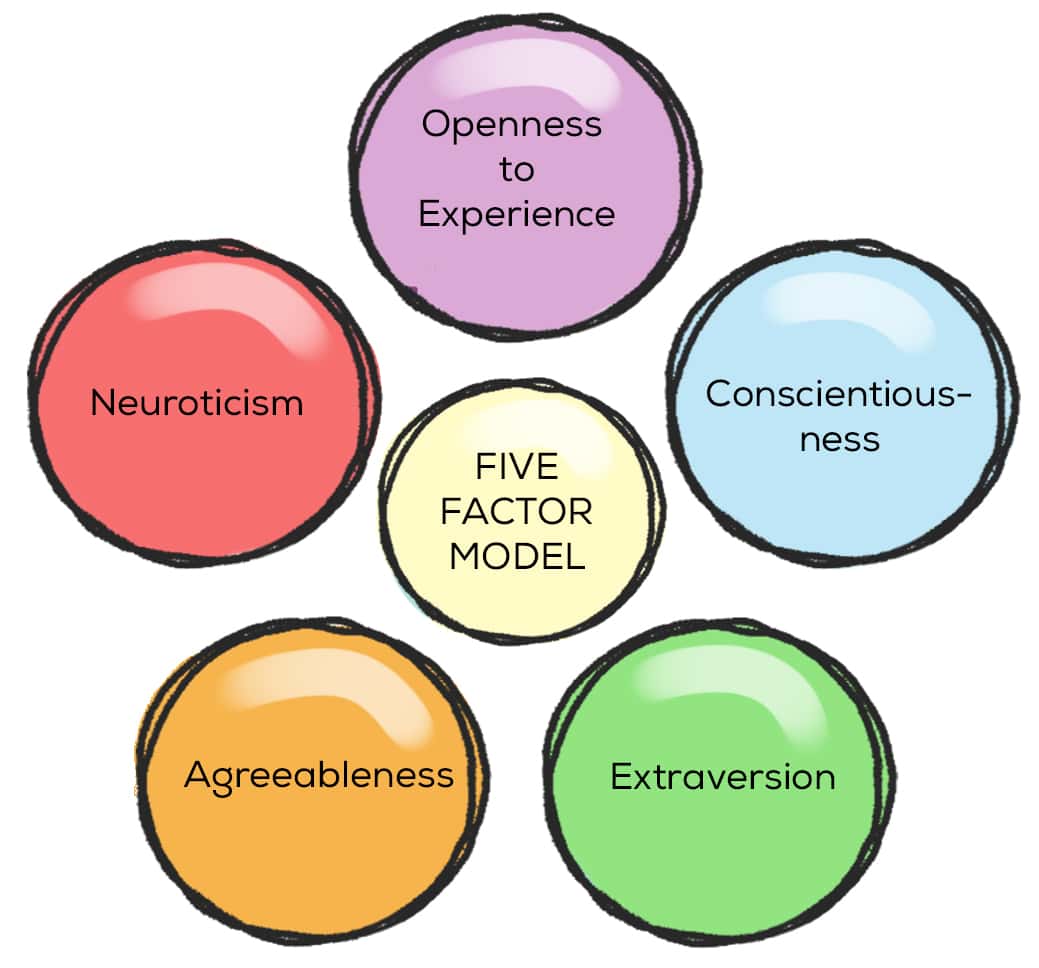 Many personality psychologists (Lewis Goldberg, Costa and McCrae, etc.) have had a hand in developing the Five Factor Model and the “Big Five.” This research has taken place over decades, starting in the 1940s. It didn’t really catch on until the 1980s.

Are the Big Five Traits Universal?

Yes, in almost all research, the Five Factor Model of Personality has been universally credited throughout all different cultures. This is what makes it one of the best personality tests to perform further research and create accurate predictions of behavior. However, the “Big Five” has recently evolved.

Can You Change Your Big Five Score?

Many factors play into your personality and Big Five scores: age, life experience, culture, etc. Personality traits are rarely set in stone. Evidence shows that your Big Five may change over the course of your life, whether you intend it or not!

What Is The Difference Between HEXACO and Big Five? 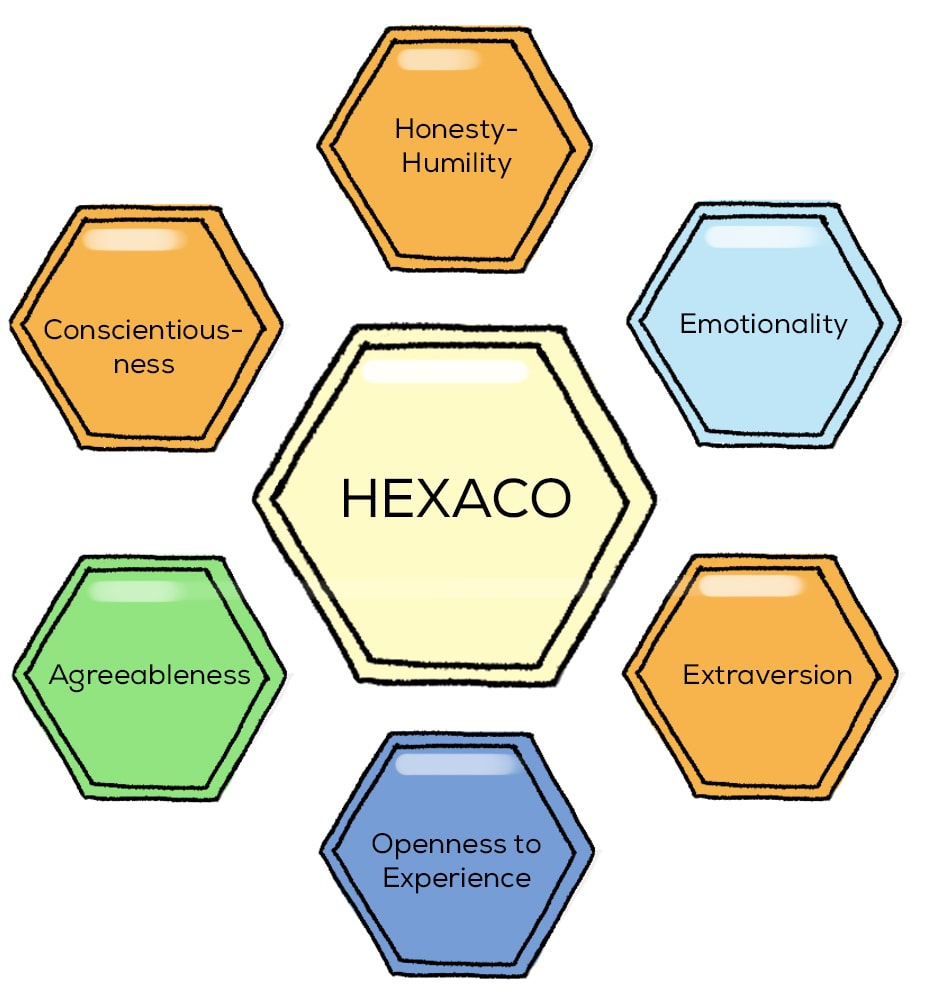 Honesty-humility was added as the Big Five started to expand beyond American studies. Researchers began to assess whether or not the Big Five were present in languages other than English. As this research continued, they realized that all of the Big Five traits were present and honesty and humility kept appearing as an additional trait.

Some personality psychologists believe that the Honesty-Humility factor is the polar opposite of traits found in the Dark Triad. A person who is more honest and humble is less likely to be narcissistic, psychopathic, or a Machiavellian leader. Not only does the addition of honest-humility reveal a person’s tendency to tell the truth and play by the rules; it could also reveal who has a tendency to be manipulative or a seriously negative influence.

Where to Find Big Five and HEXACO Tests

Ashton and Lee, the psychologists behind HEXACO, have a test on hexaco.org where you can see where you rank for each of the HEXACO terms (and see median scores from participants.) If you want to assess a friend’s HEXACO inventory, you can choose this option before you start the test. Psychologists are still collecting data related to the HEXACO inventory, so your results will be recorded and used in further studies. When you get your results, you can see a broken down ranking of each element (and see your score for anxiety, patience, creativity, etc.) There are many other tests that measure how you relate to each of the Big Five terms online as well.

Give these tests a try and see how what the Big Five results and HEXACO results say about you. Share these results with your friends and see if they agree. If you are surprised by your results or your peers’ assessment of your personality, then it might be time for some self-reflection and activities to get to know your true self. 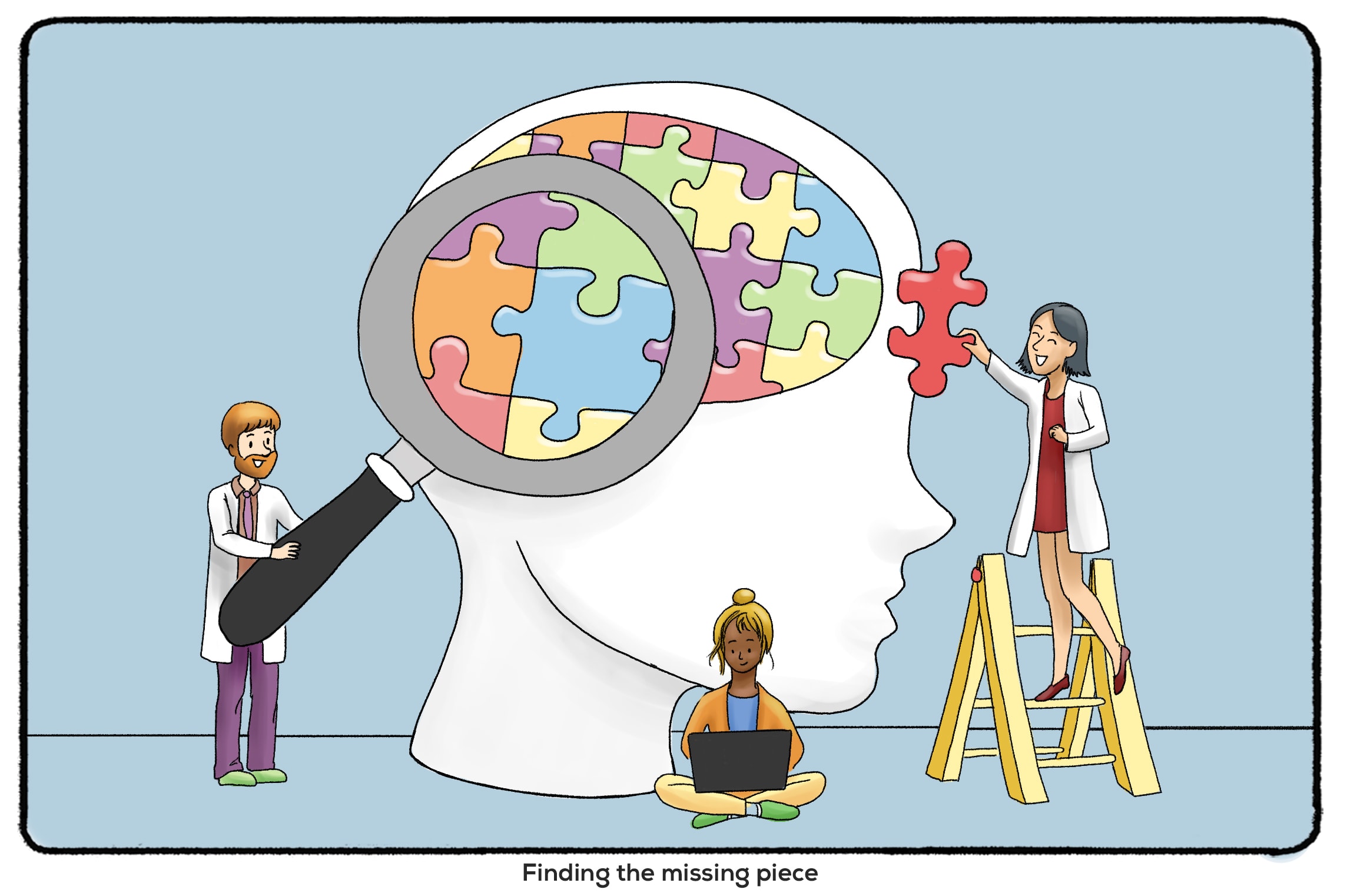