In 2015, The Stanford Prison Experiment was released in theaters. The movie detailed an infamous 1971 experiment in which 24 college students were “put in prison.” While the “experiment” was supposed to last for two weeks, it was terminated after just six days due to the psychological effects it was having on both the “guards” and “prisoners.”

So what actually happened during the Stanford Prison Experiment? Why is it so infamous? Does the movie get everything right, or is it just a dramatization? Find out for yourself.

What Was the Stanford Prison Experiment?

After Stanley Milgram’s experiment rocked the world of psychology, many people were left with questions about obedience, power dynamics, and the abuse of power. Philip Zimbardo, a professor at Stanford, wanted to explore these questions further. With a grant from the Navy, Zimbardo set up the Stanford Prison Experiment.

Could a person’s role influence their behavior? This is the question Philip Zimbardo wanted to answer. 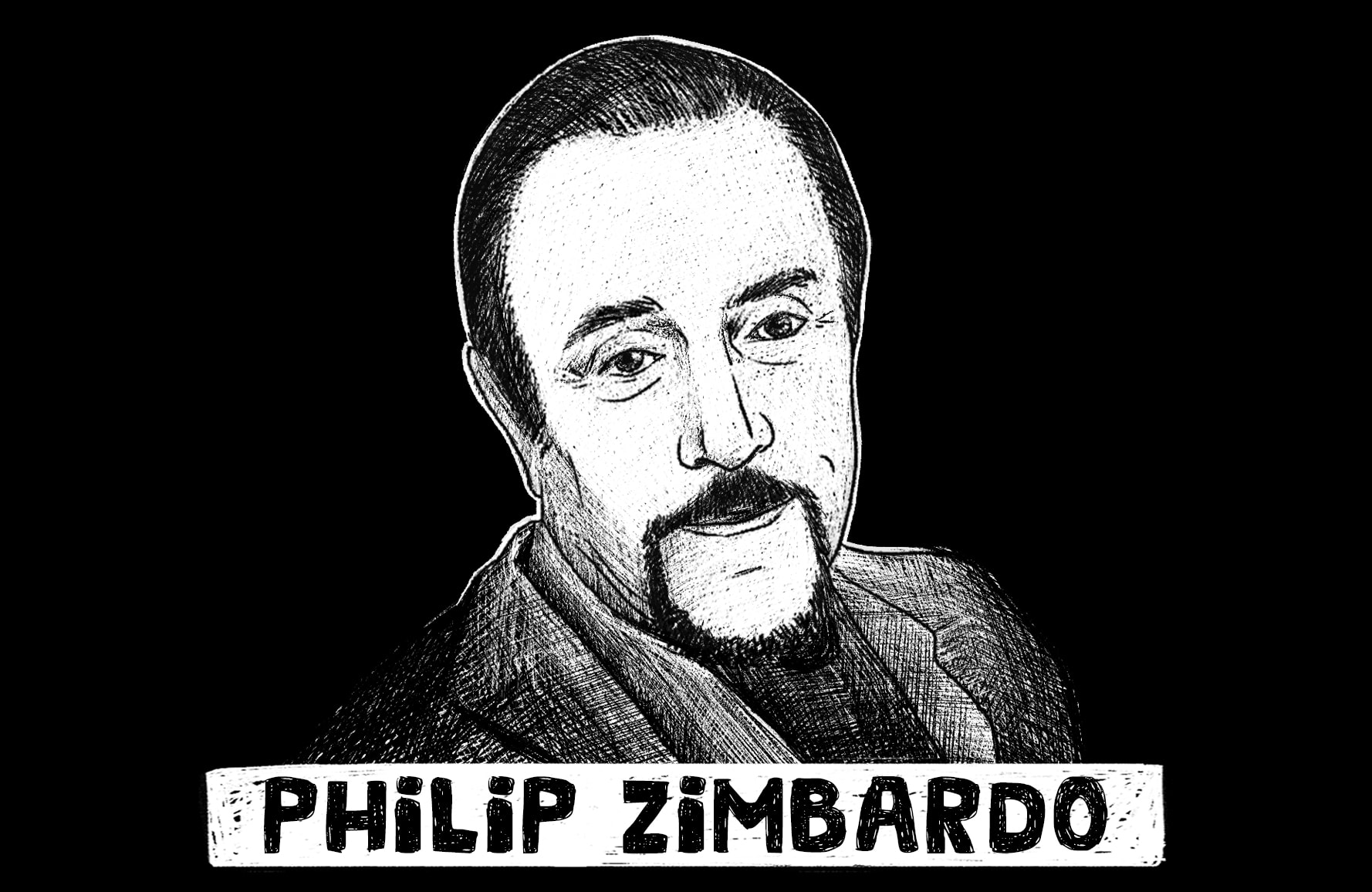 How Was the Stanford Prison Experiment Conducted?

Zimbardo and his team interviewed 70 applicants at Stanford who were willing to participate in the study for 14 days and receive $15 a day. They wanted to make sure that they chose the brightest and most mentally sound participants. After narrowing their applicants down to 24, the researchers flipped a coin and assigned the roles. Half of the participants would be prisoners and half would be guards.

The researchers then set up a basement at Stanford to look like a real prison. They were very serious about treating the experiment like a simulation. Prisoners were “arrested” in public and taken into the prison. (They were even booked, fingerprinted, and strip searched.)

Zimbardo’s team also gave prisoners numbers that they were meant to use instead of their real name. They claimed that it would help give the prisoners a sense of anonymity and help the experiment.

Guards had pretty much free reign on how they could treat the prisoner, although they had two main rules:

Zimbardo played the role of prison superintendent. His graduate students and research partners also played roles as members of the “parole board” and the prison warden.

Prisoners were tasked with certain activities like writing a letter home to their “visitors” and making a case to the parole board about why they should be let off. Guards also subjected the prisoners to “counts” in which they forced the prisoners to do jumping jacks, push-ups, and degrading tasks.

How Long Did the Stanford Prison Experiment Last?

It did not take long for the guards to abuse their power. Within one day, a guard hit one of the prisoners with his nightstick.

On the second day, the prisoners tried to rebel and their beds were taken away. To punish the prisoners, the guards shot a fire extinguisher into the cell. Guards used physical and psychological abuse, including sleep deprivation, to punish and intimidate the prisoners throughout the study.

The prisoners were forced to wear dressings and stocking caps the whole time. At some points, guards would put bags over the prisoners’ heads. Since the study has ended, it has been compared to actions at the Abu Ghraib detention center – Zimbardo has written about the case and its parallels to the prison experiment since. 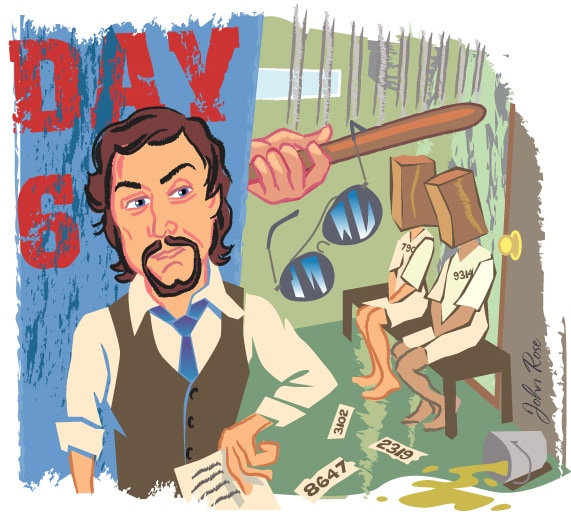 Why Did It Get Shut Down?

Very quickly, the guards started to abuse their power. The prisoners started to spiral. On the third day, Prisoner #8612 started to cry and scream uncontrollably. He threatened to harm himself and call a lawyer. To avoid potential psychological damage or a lawsuit, he was let go. Two other prisoners were let go in the next two days. One had refused to eat.

On the fifth day, Zimbardo’s girlfriend (and former student) came to visit the experiment. Zimbardo and his team had been monitoring the experiment, and playing their roles in it, 24/7. When she saw the horrors of what was going on in the prison, she asked Zimbardo to end the “experiment” immediately. She even threatened to break up with him.

On the sixth day, Zimbardo ended the experiment.

In 2015, a movie about the Stanford Prison Experiment was released on Netflix. The movie is no longer streaming on Netflix, but you can order the DVD version if you want to watch it. Although all movies based on true events are seen through a specific point of view, critics say that this is a very accurate portrayal of what happened during the experiment.

Why Was the Stanford Prison Experiment Unethical?

This experiment showed the world just how quickly people can abuse power when it’s given to them. But it remains as one of the most controversial experiments in the world of social psychology. There are a few reasons why.

The first obvious one is the psychological abuse that the prisoners endured during the study. Is it ethical to put human subjects through that kind of distress and trauma, so much so that many couldn’t endure the experiment?

(Zimbardo claims that none of the participants have suffered long-term psychological consequences from their participation.)

Was The Stanford Prison Experiment Fake?

In more recent years, critics have also come forward to say that the results were not as “natural” as Zimbardo and his team may want you to think. Transcripts and audio recordings from the Stanford Prison Experiment show that Zimbardo’s team “coached” guards. They told them to be “tough” for the sake of the experiment.

Even the prisoners may have been “faking” their responses. Prisoner #8612, who is most well-known for his blood-curdling “I’m burning up inside!” has come forward to say that his time in the Stanford County Jail was more of an “improv exercise.” Many critics have likened the experiment to a drama rather than a legitimate psychology experiment.

Carlo Prescott, the experiment’s prison consultant, has also come forward to say that the experiment’s more cruel treatments were not naturally thought up and executed by the guards alone. He wrote the following in an op-ed:

“Ideas such as bags being placed over the heads of prisoners, inmates being bound together with chains and buckets being used in place of toilets in their cells were all experiences of mine at the old “Spanish Jail” section of San Quentin and which I dutifully shared with the Stanford Prison Experiment braintrust months before the experiment started. To allege that all these carefully tested, psychologically solid, upper-middle-class Caucasian “guards” dreamed this up on their own is absurd.”

The Lasting Effect of the Stanford Prison Experiment

These are just some of the questions that psychologists face today. Maybe your work can help to figure out the answers!