Psychologists and scientists often go into their line of work for the betterment of mankind. Through their experiments and tireless work, they hope to discover information that will cure diseases, uncover the root of certain disorders, and improve the general health of the population. That being said, it has not always been approached in the best way. Experiments on humans, especially those in marginalized groups, often cross ethical lines.

One of the most well-known, line-crossing experiments is The Monster Study. It’s not called the Monster Study because it involves any monsters – but it did threaten to ruin the reputation of the psychologists behind it. The idea was so scary to fellow the psychologist’s peers that the results were hidden away for years.

What Is The Monster Study?

The Monster Study was conducted by Dr. Wendell Johnson (a speech pathologist) to learn more about why children developed a stutter. Johnson developed the Monster Study to see if stuttering was a result of learned behavior or Biology, however there are many ethical problems with the study.

When Was the Monster Study Conducted?

Dr. Johnson conducted the Monster Study back in 1936 at the University of Iowa. Ethics were not prioritized as they are now in psychology and scientific experiments. If this experiment had been proposed today, the researcher may have been stopped before they could begin!

What Happened in the Monster Study?

The orphans were split up into two groups, with stutterers and non-stutterers in both groups. One of these groups were labeled “normal speakers.” The others were labeled “stutterers.” Throughout the course of the experiment, the children were treated as such.

Johnson’s team met with the children every few weeks for five months to “evaluate” their speech. Children in the “normal” group were praised for their ability to speak well, even if they were actually stuttering or had problems speaking. Children in the “stuttering” group were told that they spoke poorly. They were told things like, “You must try to stop yourself immediately. Don’t ever speak unless you can do it right.”

Results of The Monster Study

The children who were labeled “normal” weren’t affected much by the researchers’ praise. They saw improvement in only one child.

Children in the “stuttering” group fared a lot worse. Remember, not all of these children actually had a stutter – they were just told that they had a stutter. Of the six children that were falsely chastised for their speech, five developed speech problems. Reports show that these children became withdrawn and some stopped speaking altogether. These children were as young as five years old.

The study was created with good intentions. Johnson and his colleagues at the University of Iowa frequently conducted studies on themselves and willing adult subjects in the name of finding a cure for stuttering. But other colleagues worried that the use of orphans was crossing lines. Johnson wasn’t the only person conducting studies on marginalized groups in the name of science – Nazis were doing the same thing over in Germany. So the results of the study were never published. 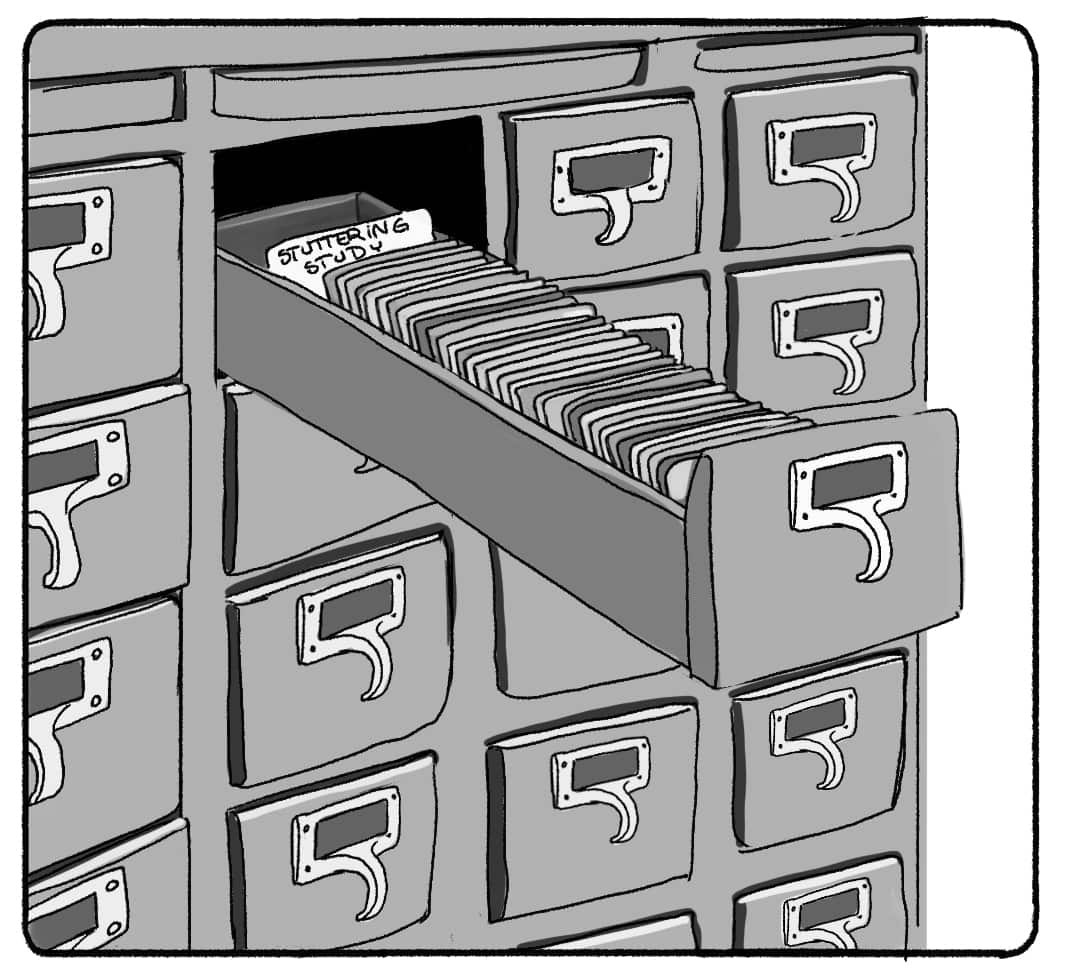 The Impact of the Monster Study

Even in the 1930s, the Monster Study was crossing lines. Using orphans as test subjects is one thing – using minors in a study without their consent is another. Even the staff at the orphanage were unaware of what was really going on. This left many of the “stutterers” with unresolved psychological trauma. Researchers knew that this was a possibility. One member of Johnson’s team wrote “’I believe that in time they…will recover, but we certainly made a definite impression on them.”

She was right. The students’ schoolwork suffered and one ran away from the orphanage two years later. Later, she said that the study ruined her life.

Subjects didn’t know that they were a part of a study until sixty years after it happened. Only a handful of speech pathology students at the University of Iowa learned about the study after it was published. The information was useful – no one at the time had collected so much data about stuttering and how it developed. But the premise of the study was so horrifying that they nicknamed it “The Monster Study.”

The Monster Study didn’t become nationally infamous until 2001. The San Jose Mercury News published a series of articles about the study and commentary from speech pathologists. While some argued that the experiment crossed many ethical boundaries, others argued that it was just a result of its time. Some acknowledged the importance of the data, while others said that it didn’t come to any real conclusions.

At that point, Wendell Johnson had been dead for over 30 years. The University of Iowa issued a formal apology for the study. As all of this made national news, subjects started to learn the truth about what had happened to them.

The subjects sought justice. In the early 2000s, three of the subjects in the “stutterer” group sued the University of Iowa for emotional distress and fraudulent misrepresentation. The estates of three of the other “stutterers” were also included in the lawsuit. The plaintiffs claimed that the impact of the study had a lasting impact. One still “hates to talk.” Another, who says she now has a good life, said that she didn’t have many friends in the orphanage partly because she was so quiet.

They won their settlement and the University of Iowa paid over $1 million to the victims and their estates.

Importance and Infamy of The Monster Study

This study should never be repeated, but it shouldn’t be swept under the rug, either. The Monster Study is an important lesson about transparency and consent in experiments. If we don’t learn from these mistakes, we are bound to repeat them. Even 60 years later, it’s important to talk about The Monster Study, why it was wrong, and how psychology has evolved into a more ethical science.

Other Infamous Experiments in Social Psychology 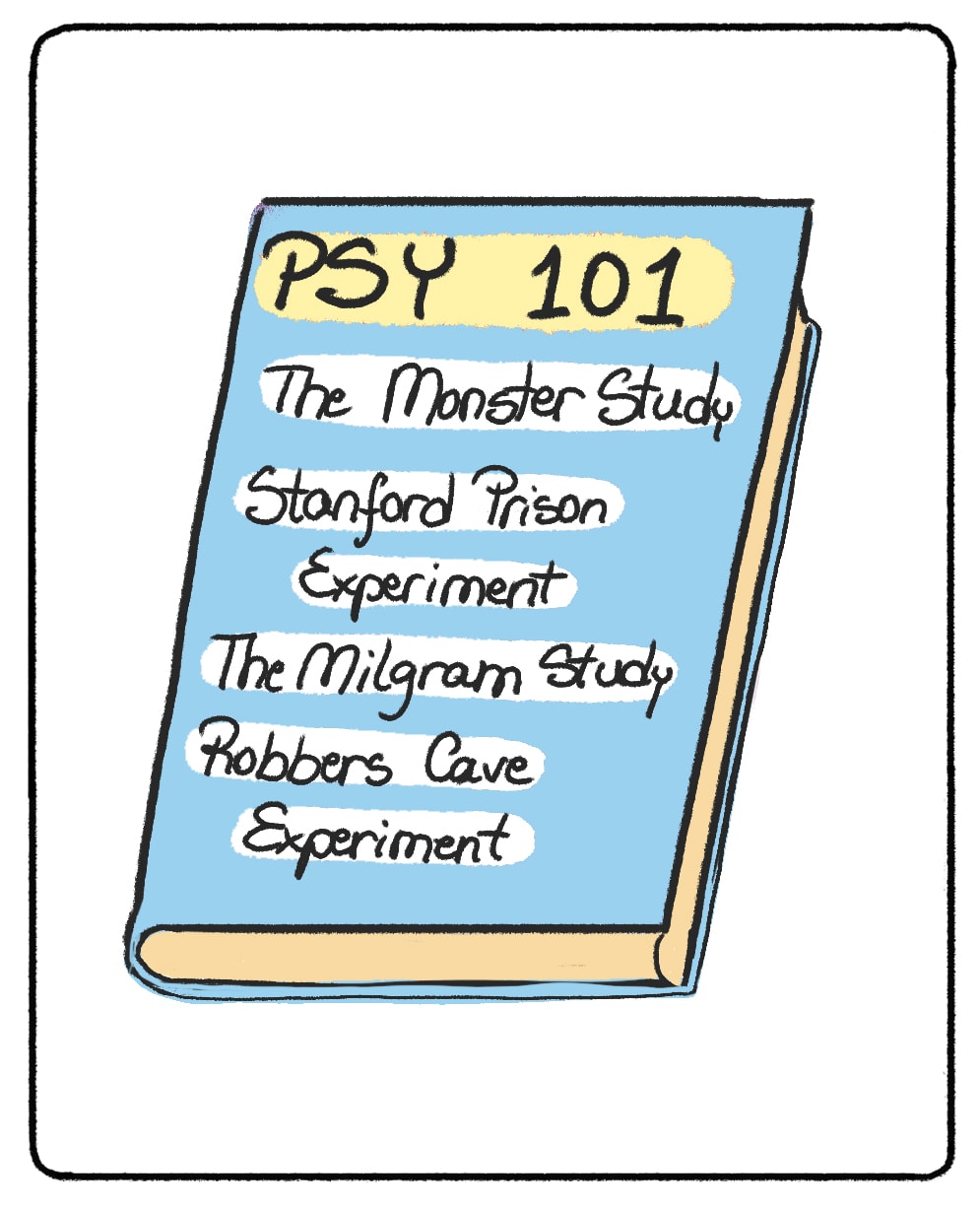 The Monster Study is not the only controversial experiment in social psychology. It often ends up on lists besides: