The debate between nature vs. nurture is almost as old as the chicken vs. the egg. What is more likely to influence how we develop a personality and how we behave? Is it the genes we are born with? Or are we taught and molded by our parents, schoolteachers, and culture?

Behaviorist and humanist perspectives take on the “nurture” side of the debate. But let’s talk about the “nature” side. The biological perspective of personality gives us more questions and answers to think about as we reflect on our own personalities.

What is The Biological Perspective on Personality?

This perspective posits that we are genetically predisposed to certain personality traits, from cleanliness to extraversion. This counters the idea that our environment and life experiences form our personalities. Similarly, evolutionary theory suggests that our personality comes from an environment that favors certain traits over time.

Some of the earliest and most famous examples of the biological perspective is ideas brought forth by Charles Darwin. Darwin was the father of evolutionary psychology. His theories of evolution suggested that species evolve over time; members of said species with stronger traits were more likely to reproduce and pass those traits onto their offspring. Evolution doesn’t just favor physical traits, like taller people or faster swimmers.

Genes and the Brain

Where do biologist find our traits? In our genes and our brains. To test this theory, psychologists have studied identical twins. Identical twins have the same genes, but those who are separated at birth will grow up in completely different environments. When scientists look at their similarities and differences, they can get a sense of what is nature and what is nurture.

Using Identical Twin studies, we can narrow down what percentage of traits may be due to genetics. If a trait can be passed down through a gene, we call it “Heritable”.

Heritability: A variance between multiple people that can be accounted for by genetic differences.

Some of our personality traits are influenced by genes, and some are not.

For example, according to identical twin personality research, these traits have been correlated to be influenced by genetics:

One example of a gene that can influence a trait is the Dopamine-4 Receptor Gene. This gene has been connected with the trait of thrill-seeking and people enjoying novelty.

Take the Jim Twins as a real-life example that traits can be passed via genes.

Jim Lewis and Jim Springer were identical twins separated at birth. They finally connected at the age of 39 and quickly made headlines for their very similar lives. Both were the same height and weight with similar habits. What’s weirder is that both twins had been married twice to women with the same first names. (Their first wives’ name was Linda, the second’s was Betty.) They also drove the same car. How crazy are these similarities?

Not everything about the Jim twins was similar; they wore different hairstyles and chose different professions. But the story of the Jim twins and other studies of identical twins show that our genes may be very closely correlated with our personality traits and the decisions we make.

Other studies show just how important our brain chemistry is to our reactions and how we assess our environment. Different parts of the brain “go off” as we make decisions. The stronger these responses are, the more likely a person is to hold certain personality traits. For example, people who are highly neurotic have stronger responses in their amygdala, the part of the brain responsible for reacting to fear.

Biological theorists believe by changing the size of our amygdala, theoretically, we could change how neurotic a person is. That is, if you could control the size of a particular brain section.

The physical structure of the brain may also be linked to personality traits. Studies from Cambridge University revealed a positive correlation between openness and folding in the prefrontal cortices.

It is easy to write the “nature” theory off as something that cannot change. People may believe that if you are born with an aggressive temperament, you can’t do too much to change your genes and your tendencies to be aggressive.

That’s not exactly true. Our brains have the potential to change and cause our personality to change. One famous example of this case is that of Phineas Gage. Gage was a railroad worker in the 1840s. While working, he suffered a serious accident. An explosion sent a tampering iron straight into his head, damaging a large part of his brain. Phineas Gage somehow survived the horrific accident, but not without consequences. 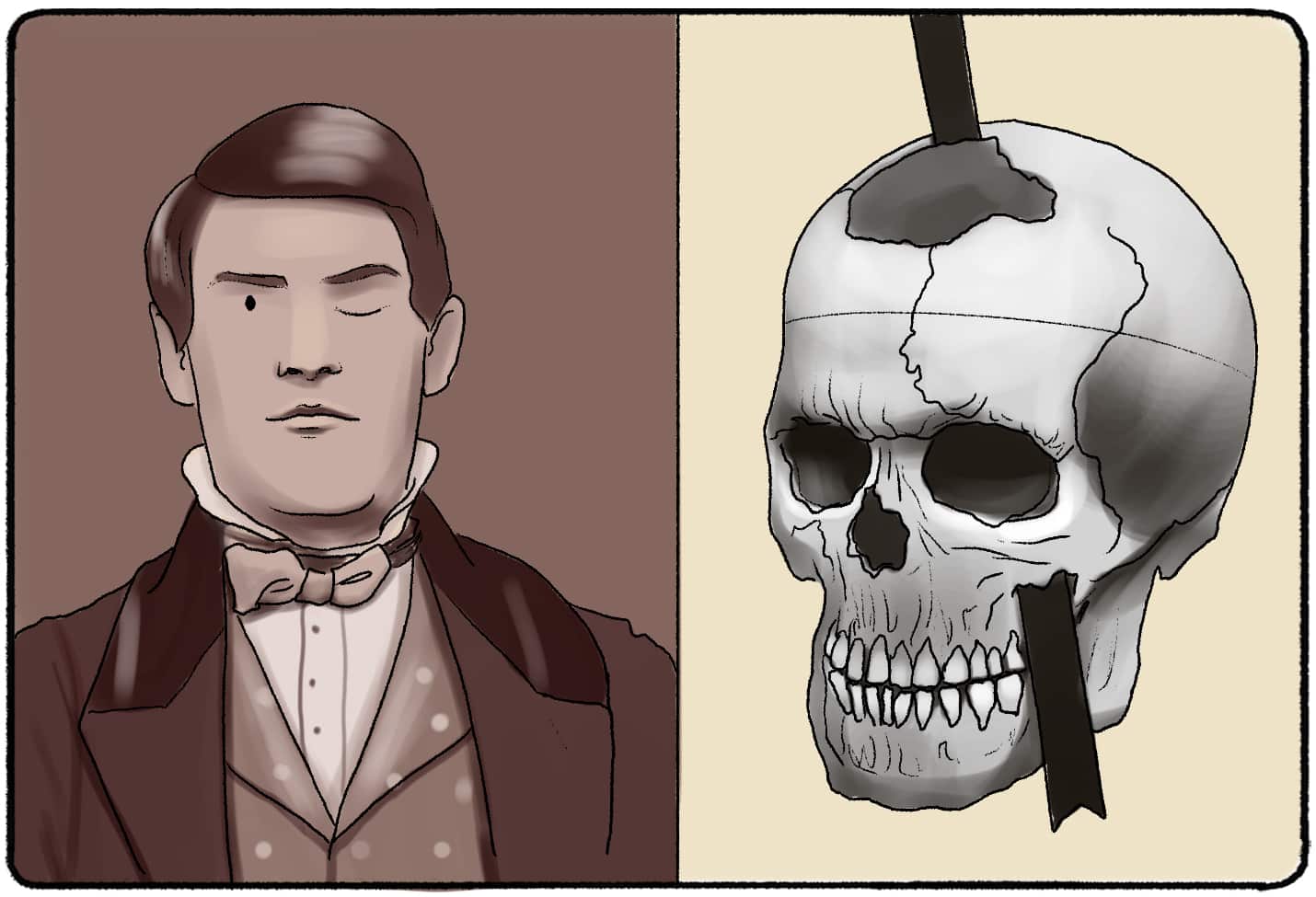 When Gage came back to work after his accident, his coworkers noticed some serious changes in his personality. He wasn’t as friendly and was more prone to using profane language. He was a changed man, and his case is a prime example of how brain injury can severely affect personality.

Drugs, poor physical health, and even smartphones have the ability to change brain chemistry and potentially affect personality.

So, due to the principle of neuroplasticity, which means we can essentially re-wire our brain… we also come to the conclusion that we can change our brain chemistry – and ultimately change our personality. 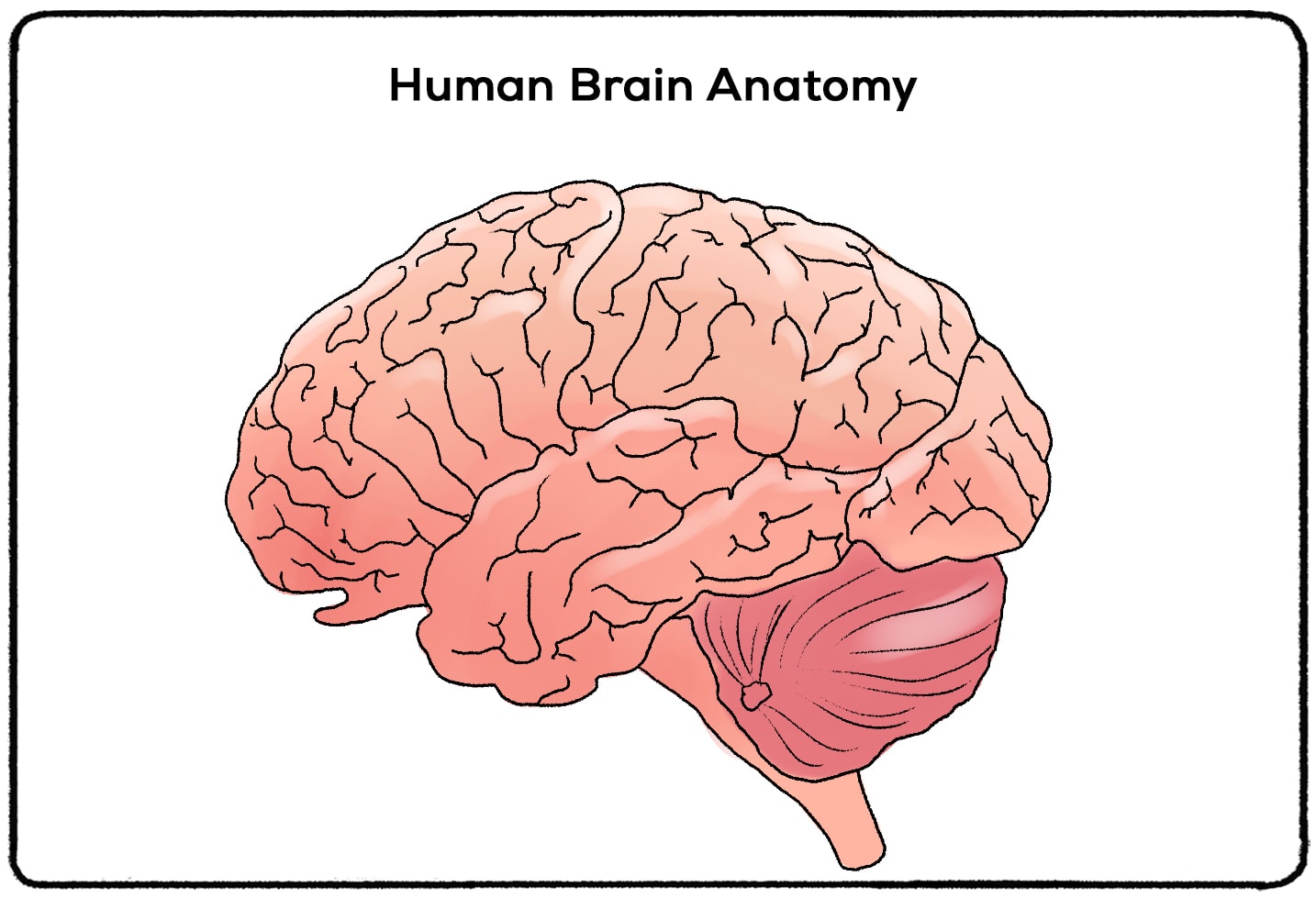 What Did Hans Eysenck Believe About The Biological Perspective of Personality?

Not all psychologists believe that solely nature or nurture are responsible for constructing someone’s personality. Trait theorist Hans Eysenck believed that a combination of genetic predispositions and our experiences during childhood worked together to form personality. Eysenck also developed a theory of personality that centered around three traits. This became a large influence for the psychologists who developed the Big Five and other theories within trait theory.

As we wrap up this article, I would like to offer my thoughts on the nature vs. nurture debate.

Lessons from the biological perspective of psychology and behaviorism both offer convincing arguments that nature and nurture influence personality. So which side is the winner?

I believe that nature and nurture are like ingredients of a cake. Cakes need flour, eggs, baking soda, and a few other ingredients to become a cake. But do we say that flour “causes” a cake? Not really. We need a bit of both flour and eggs, and only after making many cakes can we see the nuances of what adding more or less of each ingredient does to the cake.

Flour doesn’t “cause” a cake. Genes don’t “cause” personality. However, each part is an important section of the whole.

We can connect certain tendencies to act a certain way to different parts of the brain. When Phineas Gage’s personality changed overnight, for example, psychologists could pinpoint what parts of his missing brain had influenced certain traits. Other personality traits are influenced greater by our environment and culture. If we are taught to value agreeableness and grew up in an environment where being agreeable is easy, we are more likely to find ways to be agreeable.

So are our personalities influenced by nature or nurture? I say both!