Not all personality tests involve answering statements with “strongly disagree” or “strongly agree.” Some personality tests don’t even use words to reveal what you are thinking. In this video, I’m going to talk about two of the most well-known projective tests: the Rorschach test and the TAT (aka, the Thematic Apperception Test.) These are more abstract tests that are still used today to dig deeper into our personalities and reveal some more serious conditions.

What Are Projective Tests?

Projective tests are personality tests that aim to look at what is happening beyond the conscious mind. Tests that ask us to evaluate ourselves require a lot of conscious thought, and these thoughts may be biased by how we want to perceive ourselves or what we might be ashamed to admit.

The answers to projective tests often seem silly or unrelated, but only because it is revealing a deeper, unconscious thought process that you are not aware of. If you complete a projective test yourself, you may not be able to directly pin the results to our personality or symptoms of a mental disorder; that is a therapist’s job.

While projective tests face criticism, they are still widely used by psychologists and experts, even in the criminal justice field. Let’s take a look at the two most well-known projective tests and what they can reveal about your personality.

Let’s start with the Rorschach Test. 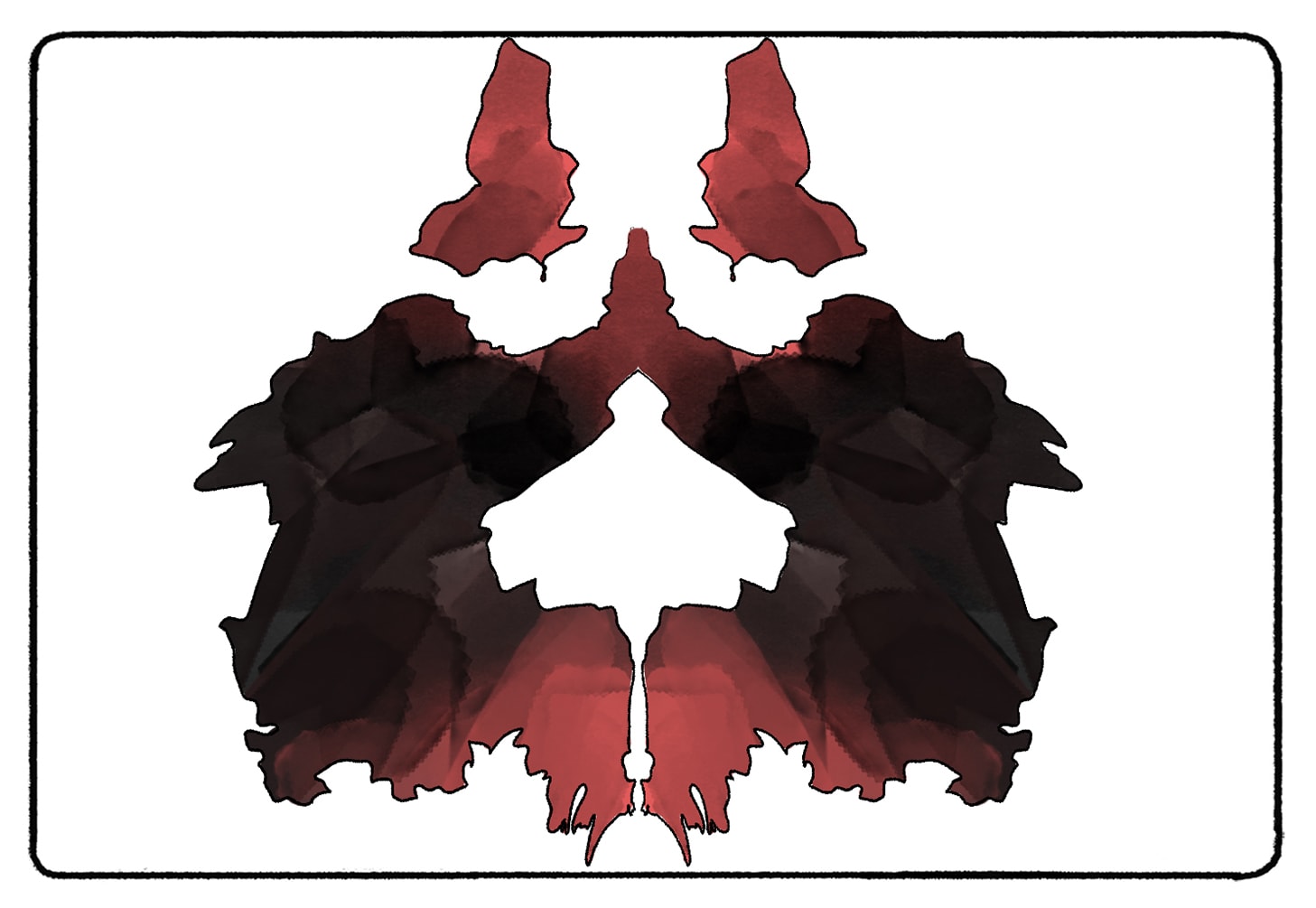 What do you see in this inkblot?

The Rorschach Test has been around since the 1920s. It’s named after its creator, a Swiss psychiatrist named Hermann Rorschach. He originally created the test to diagnose people with schizophrenia. The test didn’t really gain the widespread popularity it has now until the 1960s when the movement toward uncovering the unconscious took off.

At first, these ink blots were completely random. The therapist had ten cards, showed each individual card to a patient, and then asked for their response to the card. What did the patient see? How long did it take the patient to share their interpretation of the card? If the patient saw a dog or an explosion or a friend in the inkblots, the therapist would have to decipher what those interpretations meant.

The inkblots that professionals use today were created with more intention than Rorschach’s original ten. In 1961, a psychologist named Wayne H. Holtzman and his colleagues created a second set of inkblot tests. These contain 45 cards and offer therapists 22 elements to consider when scoring the test. These elements include the time it took to respond, the amount of sexual content in the patient’s answer, and any amount of bizarre thinking behind the response.

Who Can Administer Rorschach Tests?

Patients who do not have a license to administer Rorschach tests may have a hard time deciphering the answers to the test, but a local professional may be able to help you through an inkblot test and tell you what your answers say about your personality.

How to Pronounce Rorschach Test

“Rorschach” is a German word. English speakers may pronounce it like “Roar-shah” with a slight “k” sound at the end.

The thematic apperception test is a second type of projective test that is still used today. This test is almost as old as the Rorschach test; it was developed in 1930 by psychologist Henry A. Murray and psychoanalyst Christiana D. Morgan at Harvard University. The test was developed as one of the psychologists was studying Moby Dick. In the novel, two characters look at the image of a doubloon and see two different things. The author uses the interpretations to reveal information about each character.

The Thematic Apperception Test works in a similar way. Therapists pick a selection of black and white cards with ambiguous scenes on them. They show one card to the patient and ask them to create a story around the card. Patients must create a backstory, talk about the feelings of each character in the story, and come up with a resolution. All of this can reveal quite a bit about what the patient is thinking.

After the test was originally created, professionals used the TAT to help veterans and other patients recover after traumatic events. A few decades later, business leaders and personal development experts started to use the TAT to evaluate a person’s career aptitude and potential skills for the workplace.

Unlike the Myers Briggs assessment or other types of personality tests, projective tests can be hard to complete online. It would be hard to type an entire story online and automatically get back an accurate response about your personality or potential mental disorders. There is no algorithm that connects every potential response to an interpretation.

Rorschach tests may illicit common responses, but TAT tests have an infinite amount of answers. When Murray originally created the TAT, he would use a scoring system that would look at every specific sentence in the patient’s story. He had a list ot 48 elements that he would identify and score based on its role in the story. Since he created this scoring method, seven other scoring methods have been created for the TAT.

What I’m trying to say is, there’s no magic deck of Rorschach or TAT cards that you and your friends can use to assess each others’ personalities…at least, not accurately. If you are interested in taking projective tests, reach out to a therapist in your area for an appointment. This is the best way to guarantee that you get accurate results from a certified professional who can explain why your answers reveal certain elements of your personality.

What does the Rorschach inkblot test and the thematic apperception test have in common?

Both of these personality tests are different for everyone. Every person who takes these subjective tests should have difference answers, they all depend on the patient’s experiences, opinions, and life events.

What is the difference between the inkblot test and the TAT test?

The main difference is that the inkblot test requires the participant to explain what they see from a series of images, while the TAT test requires an entire story from a few images.

Other Types of Projective Tests 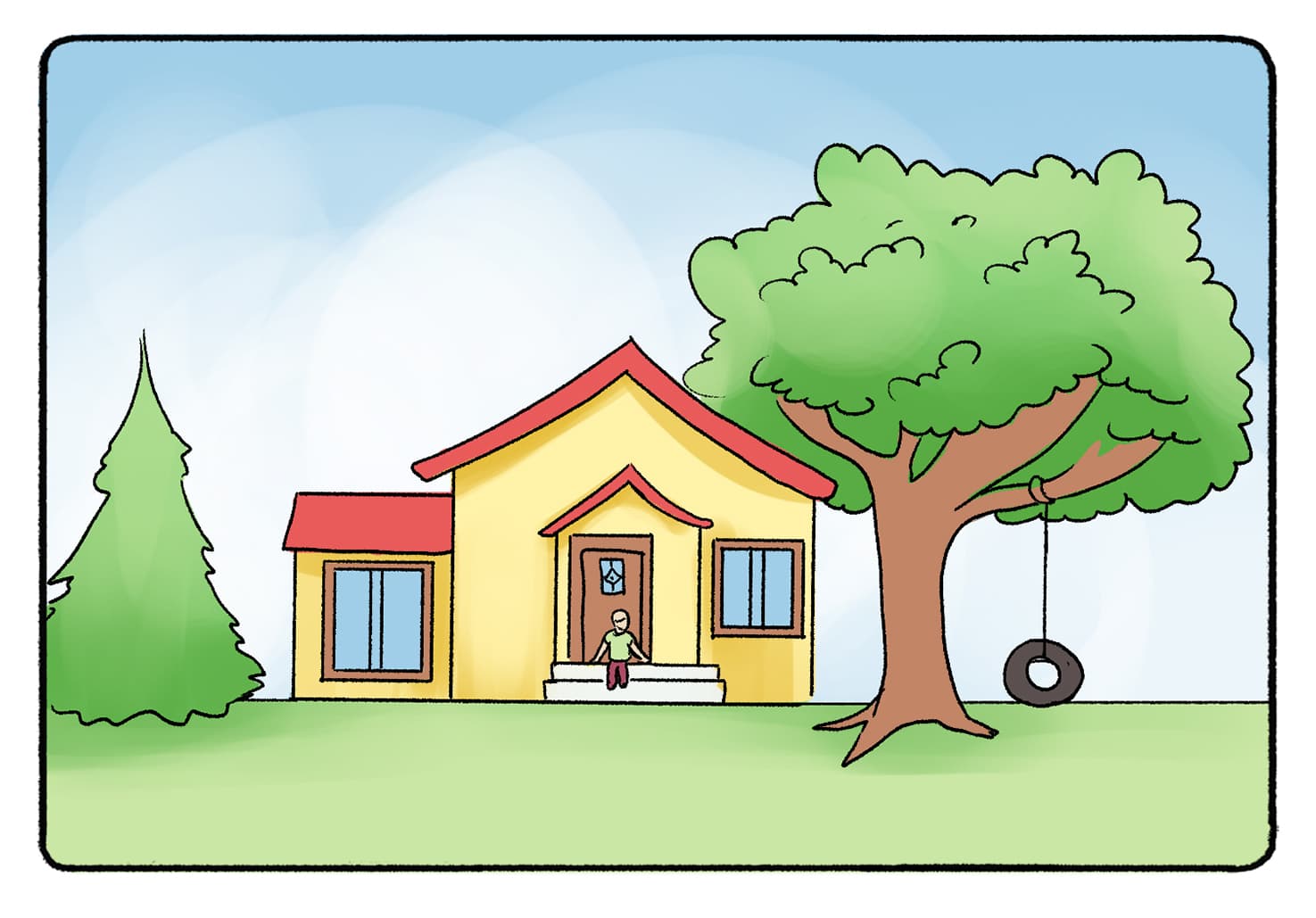 The process of taking projective tests can be more fun and exciting than taking a standard personality test where you can only agree or disagree with certain statements. Projective tests definitely open up doors that you might have been unaware of before.