Every day, we perform simple tasks without even blinking an eye. We can tell someone to preheat the oven. We can give directions based on a map. We read aloud. But every time we need to complete one of these tasks, our brain is hard at work.

The ability to read, comprehend, and produce language is required for all of the tasks I just mentioned. Have you ever wondered how the brain does all of this, within seconds? In answerting this question, neuroscientists discovered Wernicke’s area. 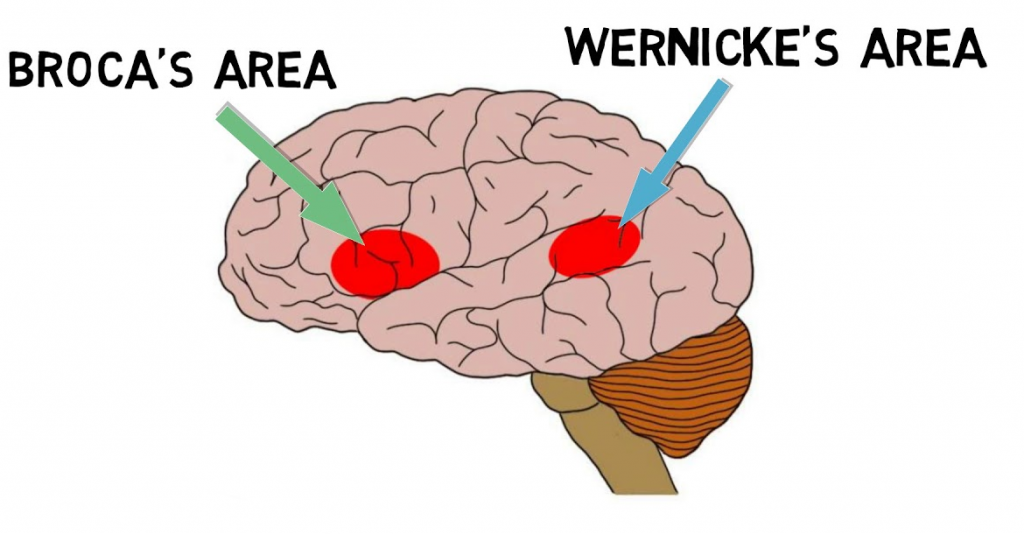 What Is Wernicke’s Area?

Carl Wernicke and Paul Broca were two European neuroscientists who studied where language development occurred in the brain. The areas of the brain that they “discovered” were highly regarded as the center for language development. This area is now known as Wernicke’s area.

Neuroscientists these days still have some questions about Wernicke’s area and Broca’s area, but it is still important to know about their theories. Wernicke’s area has also contributed to the diagnosis and treatment of multiple neurological disorders that still exist in patients today.

This area of the brain was “discovered” by Carl Wernicke in the late 1800s. The German neuroscientist worked with patients who had the ability to speak, but they weren’t able to comprehend language. This made a significant impact on their ability to speak coherently. After these patients died, Wernicke took a look at their brains. He noticed lesions in similar areas of the brain, now known as Wernicke’s area.

This part of the brain is located in the back of the temporal lobe on the left hemisphere of the brain. It appears between the primary visual cortex and the auditory cortex. Like many elements of Wernicke’s area, there is some debate over its precise location. The location may vary from person to person.

Wernicke’s area is also known as the receptive language cortex. This name speaks to Wernicke’s theory on what this part of the brain does. It’s responsible for comprehending the speech that we hear. In addition to comprehension, this area of the brain also helps to plan out what a person is going to say. It’s important to know that once the speech is planned, the message still has to go to other parts of the brain before it is vocalized.

We see the role that Wernicke’s area plays in speech by looking at patients with Wernicke’s aphasia. This is the most common type of aphasia, or condition that affects a person’s ability to communicate. People may develop aphasia as the result of a stroke, TBI, or brain tumor.

Wernicke’s Aphasia doesn’t affect our ability to vocalize. This is due to Wernicke’s early theory – the part of the brain known as Wernicke’s area strictly comprehends language. The area that tells the mouth to vocalize is known as Broca’s Area.

Wernicke’s research came about 10 years after similar discoveries were made by French neuroscientist Paul Broca. Broca had been working with patients who could comprehend language, but didn’t have the ability to produce speech. Like Wernicke, Broca found lesions in the brains of these patients. But the lesions were located in a slightly different location. This part of the brain, responsible for speech production, is now known as Broca’s area.

Broca’s area is located on the other side of the auditory and motor cortex.

Wernicke was the first to write about the roles that Wernicke’s area and Broca’s area had in language development. Later in the 20th century, Wernicke’s work was reviewed by American neuroscientist Norman Geschwind. The theory about speech processing is now known as the Wernicke-Geschwind Model.

Let’s break down this model and how it allows us to understand and produce speech:

If the process goes smoothly (which it normally does,) we can read something on paper and respond to it correctly.

How Wernicke’s Area Is Viewed Now

More current research on these processes shows that the Wernicke-Geschwind Model may not be telling the full story about auditory and visual cognition. In fact, some researchers believe that Wernicke’s area has more of a role in speech production than was originally proposed by Wernicke. If this is the case, the Wernicke’s Area and Broca’s area may not be so different after all.

The symptoms of WE and WKS could suggest that Wernicke’s area has a role in both language comprehension and production.

Symptoms of WE include:

These symptoms may become more prevalent or damaging as WE progresses into WKS. Symptoms of WKS include:

It is possible to treat patients with these disorders through thiamine therapy, if they are caught early enough. Without treatment, WKS may progress into alcohol-related dementia.

Don’t let this scare you. Although it can be caused by a vitamin deficiency or alcohol abuse, WKS has only been reported in less than 3% of all autopsies. Maintaining a healthy lifestyle can help you or a loved one prevent damage to Wernicke’s area and the surrounding parts of the brain.

There Is Still Research to Be Done

Experts believe that WKS is often missed. Many cases are discovered only after the patient has passed away. There is certainly a lot more research to be done in regards to Wernicke’s area and neurological disorders that may affect its functions.