In 1990, HBO released a documentary on Beth Thomas, a 6 ½ year old girl. The documentary, called Child of Rage, was extremely shocking. It included footage of Beth describing, in detail and without emotion, abuse that she experienced and that she inflicted upon others. She stuck her brother with pins. She killed baby birds. She had intentions of killing her parents.

You can still access this documentary on YouTube, but I should warn you, it’s hard to swallow. You can watch the full Beth Thomas documentary below:

Child of Rage gave an insight into seriously disturbed children before true crime became trendy. As psychologists look at Beth’s case then and now, we can see just how dangerous abuse and neglect can be when experienced as a young child. But we can also see that it is possible to develop a conscience and overcome even the most horrific of struggles. 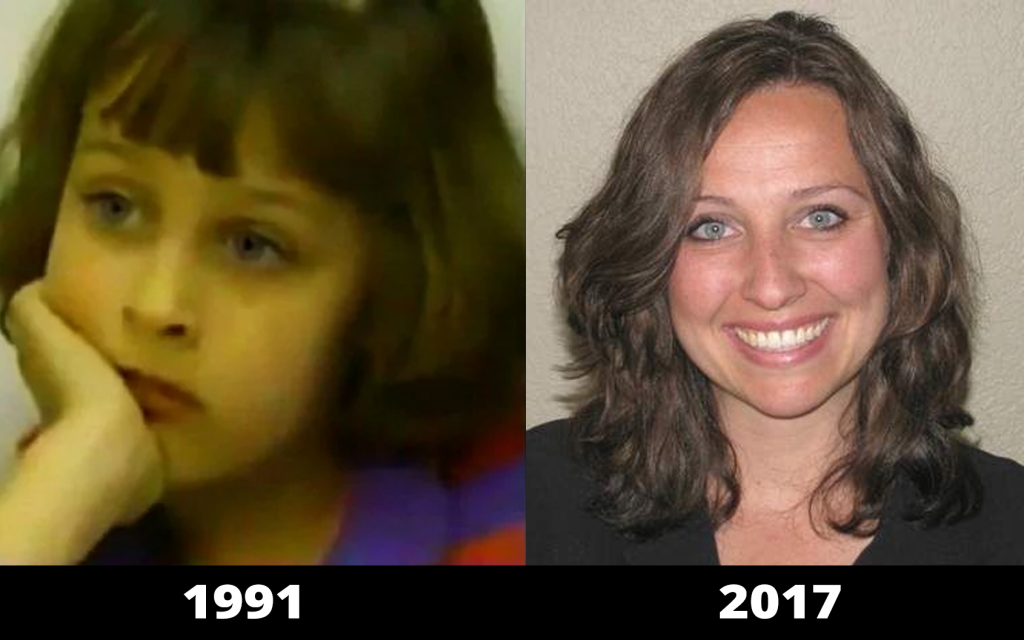 Where is Beth Thomas Today?

As a quick point of reference, you can see Beth Thomas now above, she is currently a nurse and has written a book about her experiences. After going through therapy, this "Child of Rage" is a success story of someone who has recovered from Reactive Attachment Disorder.

What Happened to Beth Thomas?

Thomas experienced severe trauma in the first two years of her life. At the age of 1, her birth mother passed away. She and her younger brother were left with her birth father. The birth father neglected the children’s well-being, leaving them with little food. He also routinely physically and sexually abused Beth.

At 19 months, Beth and her brother were adopted by a pastor and his wife. The couple did not know the extent of the abuse until Beth started displaying psychopathic symptoms. She did not appear to have a conscience. She acted out sexually and abused her brother as her father abused her. Her adoptive parents eventually would lock Beth in her room every night and sought out help for her condition. It was a very sad situation and shows the trauma and response with abuse.

The first two years of a child’s life are crucial for developing a sense of attachment and a conscience. Beth and her brother did not get that opportunity, and developed Reactive Attachment Disorder (RAD.) A RAD diagnosis is given only to children with the most severe attachment issues.

Severe attachment issues may develop when:

A child with RAD may not perceive touch as a good sensation - they may resist hugs or other types of touch meant to nurture or show affection. They may also display more affection toward complete strangers over their parents or primary caregivers.

Other symptoms of RAD include severe temper tantrums, troubling disobedience, or manipulative behavior. Not all children with RAD will set out to harm younger siblings or baby animals, as Beth did during her childhood. Beth’s is a severe case, caused by severe trauma.

How Did Beth Receive Treatment?

In Child of Rage, we see Beth Thomas receiving two types of treatment. The documentary opens with her talking to Dr. Ken Magid, a clinical psychologist. Magid specialized in children who have been through severe abuse and trauma in the first few years of their lives.

At one point, the danger of having Beth in the house was too much of a risk for her adoptive family. She was sent to intensive therapy under the care of Connell Watkins. In the documentary, Watkins described the control and care that helped Beth develop a conscience. At first, Beth had to ask for everything. She had to ask to eat, use the bathroom, etc. As Beth earned the trust of Watkins and other facilitators, she was given more privileges. Slowly, Beth began to feel loved, trusted, and accepted.

As you’ll see, Beth’s treatment is considered a success by many. But there is a dark side to some of Watkins’ treatments. In 2000, Watkins was arrested and convicted of reckless child abuse leading to the death of a child. She had killed a 10-year-old child while attempting to put the child through “rebirthing.” This was a process that was meant to simulate the child being in the womb - it ultimately led to the child’s suffocation. Watkins was not licensed as a therapist.

Fortunately for Beth, her work with Watkins had positive results. At some point during her time with Watkins, Beth was adopted by Nancy Thomas. While Beth is one of three children adopted and her husband, the couple has fostered over 100 children. Many of these children were emotionally disturbed like Beth.

If you're wondering how Beth Thomas is doing in 2021, you can actually listen to a full hour interview of her!

Beth was able to attend public school and eventually studied to become a nurse. According to Nancy, Beth now works in a Neonatal Intensive Care Unit. This unit contains some of the most fragile and smallest humans. Beth’s ability to work in this unit is a true testament to her recovery and treatment.

Nancy started Families By Design, a program committed to helping families with adopted or fostered children. While she is not a psychologist or doctor herself, she is an accomplished speaker and author. She even co-authored two books with Beth herself. Beth also contributes to some of the webinars and educational materials that Nancy distributes through her business. Beth has turned her her life's story into a program where she can help other individuals who were abused like her.

Beth Is Just One Case of RAD

Do all children with RAD physically abuse their siblings and have intentions to kill their parents? No. Will all children with RAD go on to become neonatal nurses? No. Beth Thomas is just one child who has gone through child abuse and received treatment for reactive attachment disorder. Her story just happened to be brought to light through an HBO documentary, connections with controversial therapy, and an ultimate story of hope.

Attachment disorders fall on a spectrum, caused by different levels of abuse and neglect. While no two cases look the same, similarities and studies on attachment show that care, affection, and attention are crucial to a child’s development. Neglect and trauma is especially impactful when committed in the first few months of life. But with therapy, patience, and a strong support network, attachment disorders can be overcome and a child with RAD can go on to live a productive life.