These two terms, “psychopath” and “sociopath,” are often used interchangeably. They’re used to describe a person who is, for lack of a better word, “crazy.” It’s not exactly nice to call someone a psychopath or a sociopath, even if they did something that hurt your feelings. And it might not be accurate, either. Before we start explaining the differences between a psychopath and a sociopath, let’s get into the meat of why you’re here. Use this free psychopath vs sociopath test to try to analyze one of your friends and see if they fit in either category.

What is the difference between a psychopath and a sociopath?

While psychopaths and sociopaths have a lot of common traits, there are subtle differences between the two terms. Let’s explore how the American Psychiatric Association defines both of these terms and what separates a psychopath or sociopath from the rest of the “normal” population. 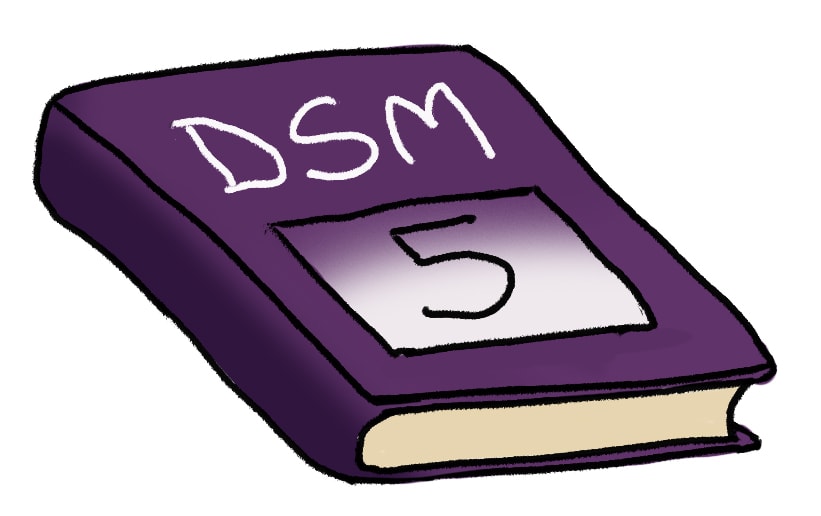 Where can you find information about psychopaths, sociopaths, and the like? In the APA’s Diagnostic and Statistical Manual of Mental Disorders. This manual is in its fifth edition, and has been used by professionals to diagnose patients since 2003. (The first DSM was published in 1952.)

But the DSM-5 doesn’t have a specific diagnosis for psychopathy or sociopathy. Instead, both of these terms fall under a disorder called Antisocial Personality Disorder, or ASPD.

A person who is a psychopath or a sociopath may be diagnosed with ASPD, but not all people with ASPD may be considered psychopaths. Narcissists, for example, fall under the umbrella of ASPD.

Before we look at the subtle differences between psychopathy and sociopathy, let’s look at what it means to have Antisocial Personality Disorder.

Inaccurate Sense of Self 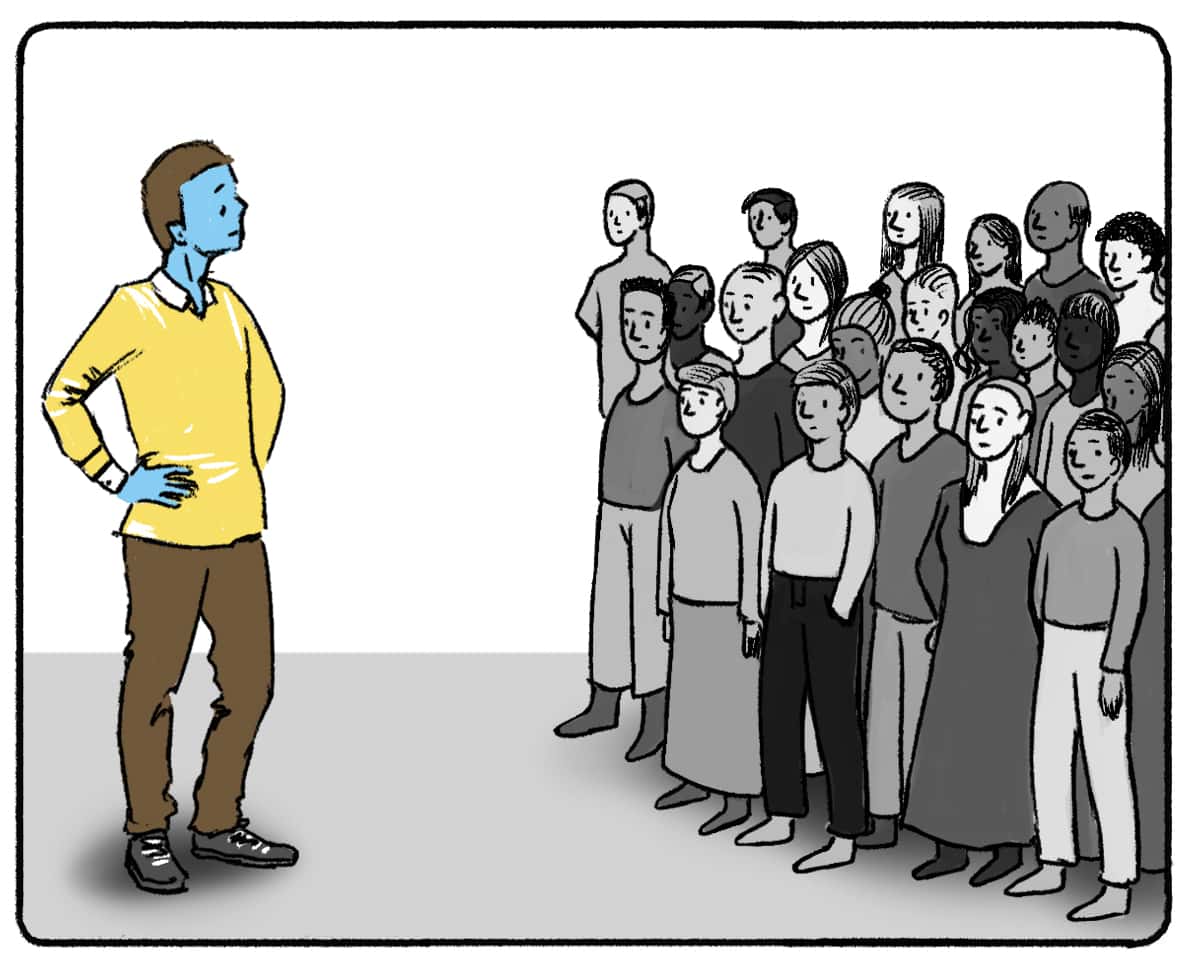 People with antisocial personality disorder don’t have a developed sense of self. Or, their sense of self if overinflated. Something is lacking. They might not recognize their personality traits or how they fit into a larger society. This distorted sense of self plays into their lack of empathy and their ambitions. Some people with ASPD may seek wealth or fortune to feel satisfied. Others have a hard time being consistent with their family, friends, or colleagues.

Of course, this isn’t the sole sign of a sociopath or a psychopath.

Most people recognize sociopaths or psychopaths as lacking empathy. They are not able to tap into the feelings of other people. Does that mean they are incapable of caring or loving? Not always. But does it mean that they are more likely to display hurtful behaviors? Yes. Without empathy, it’s hard to step back and say, “This isn’t right,” or “Maybe I should get permission before doing something.”

If you knew that nothing you could do would harm someone, you might behave differently too, right?

Other personality traits that may point to a psychopath or sociopath include:

You might be thinking to yourself, “Hmm…maybe I know a sociopath.” It’s not uncommon to have a distorted sense of self, lack empathy, or display attention-seeking behaviors. Children often have these traits, because they are still developing. But once a child reaches adulthood, they should be able to have a healthy sense of self and understand empathy. They should also know how to behave in a way that doesn’t hurt themselves or the people around them.

If a person can go about their business without harming anyone, they’re not likely to be a psychopath or a sociopath. But if their behavior is unusual, alarming, or harmful, then it might be time to go see a professional.

Again, both of these terms fall under the larger umbrella of Antisocial Personality Disorder. Whether someone is a psychopath or a sociopath, they are likely to exhibit unusual behavior or a lack of empathy. But there are some minor, minor differences between a psychopath and a sociopath that are important to note.

The first is that psychopaths have a much harder time forming bonds with people. A sociopath isn’t a loner. They form emotional connections with friends and family, even if they aren’t entirely empathetic. A psychopath doesn’t have the same capabilities to form close bonds, even if they are able to charm and manipulate the people that they do meet. 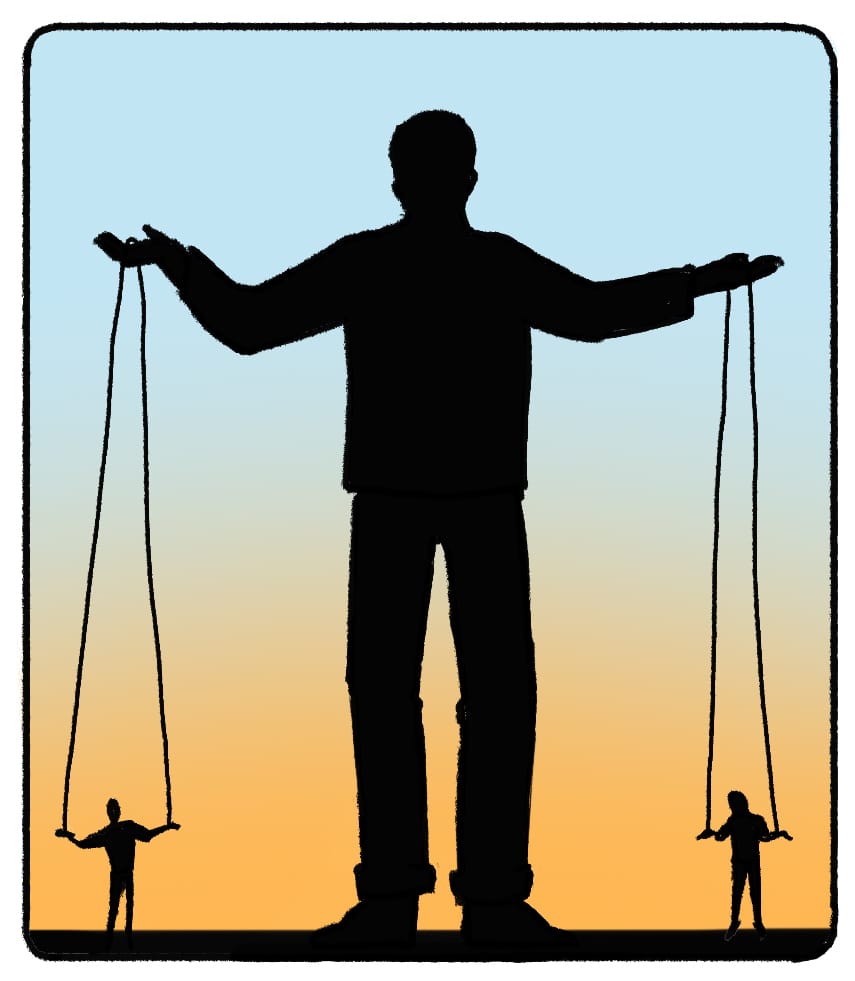 Another difference between psychopaths and sociopaths is that psychopaths tend to display much more aggressive behavior. Serial killers are generally regarded as psychopaths, not sociopaths. While sociopaths may emotionally hurt people through manipulation or not caring about their feelings, it’s unlikely that they’ll get violent. A sociopath may also be impulsive, but again, not as likely to become a serial killer.

Think of it this way. A psychopath may commit a violent crime, while a sociopath is more likely to commit a white-collar crime.

Recognizing and Correcting Their Behavior

When a sociopath displays impulsive or harmful behavior, they tend to recognize it. They can just explain their behavior away. But a psychopath is unlikely to recognize that they are doing anything remotely wrong. They will think out their manipulative and hurtful behavior, and at no point do they think they are in the wrong or that they could cause harm. It’s unlikely that a psychopath will go to a mental health professional for help because they simply do not think they need it.

Of course, if they went to a mental health professional, they wouldn’t be told that they were a psychopath. The therapist would more likely diagnose them, as they would diagnose a sociopath, with Antisocial Personality Disorder. There are only subtle differences between sociopaths and psychopaths, but knowing these differences may help you identify when it’s better to keep your distance from someone who could hurt you.

What To Do About the Psychopaths vs Sociopaths In Your Life

If you think a friend is a psychopath or a sociopath, should you run? Not necessarily. There are ways to have friendly, beneficial relationships with psychopaths and sociopaths. With the knowledge of what a psychopath vs sociopath is, you’re already better equipped to set boundaries and walk away if you feel that you are in danger.

The biggest tip for dealing with a psychopath and a sociopath is to stay in control of your emotions.

To understand where a psychopath is coming from, you have to play their game. They don’t use emotions to make decisions unless they are using your emotions to get what they want. To protect yourself, don’t lean into your emotions. Look at their behavior as obvious intimidation tactics. Why does the psychopath tell a sad, sad story – it’s likely to gain pity and play to your emotions. Why do they laugh at you? It’s to make you feel small. Do not give them the emotional response that they are looking for. Stay calm, cool, and collected. If you aren’t able to do that, you should probably cut off your communication with them.

Are there differences in dealing with a psychopath vs sociopath in your life? Not really. The boundary-setting process is generally the same. And you should always be aware of your safety. If your gut tells you that something is wrong, listen to it. You do not have to give a person the benefit of the doubt if you believe you are in immediate danger.

When is it time to cut off ties with a psychopath or sociopath? When they repeatedly make the choice to take advantage of you. A childhood friend may behave like this if they believe they can manipulate you (and choose to do so.) More likely, this behavior will come from a leader, manager, or “teacher” who wants your loyalty – for a fee. Consider the power dynamics between you and the alleged psychopath or sociopath. If you feel more like a “follower” than a friend or mentee, you might be working under a psychopath. Worse, you might be in a cult.

Psychopaths and sociopaths are often the fascinations of cult documentaries and true crime podcasts. At the top of their organization, they are often charismatic and alluring. Underneath, they are hungrily grabbing for power and dominance. Despite any grandiose message they might be shilling of saving the world or spreading a spiritual message, all they want is power.

Signs You’re In a Cult

The following are just some signs of a psychopath or sociopath who is likely running a cult, as stated by the International Cultic Studies Association:

Sound like an organization you’re in? You might be in a cult. A mental health professional, or cult recovery group, can help you assess your situation and safely remove yourself. For many, separating oneself from an organization or relationship run by a psychopath or sociopath feels threatening. You do not have to cut these ties or set boundaries alone.

Learning More About Psychopaths vs Sociopaths and ASPD

The language regarding psychopaths and sociopaths will continue to change as mental health research evolves. To learn more about Antisocial Personality Disorder and how it shows up in different people, take Reddit user throwawayy2596’s suggestions on great books:

The Mask of Sanity by Hervey M. Cleckley

Without Conscience by Dr. Robert Hare

The Sociopath Next Door by Martha Stout