Think of your favorite sports team or the college where you got your degree. Now think of the rival sports team or college. Ugh, right? It doesn’t take long for your thoughts to turn sour.

When you step back, you might remind yourself that not all fans of that team or people that went to that school are bad people. But your gut reaction might be to roll your eyes at them. Why is this? Why do we feel so much anger toward a group that is outside of our own?

Social psychologists, anthropologists, and even economists have an idea. We all possess a cognitive bias known as ingroup-outgroup bias. If you haven’t seen my video on ingroup bias yet, I recommend you watch it. It provides more examples and studies that show our natural preference toward people who belong to our “ingroups.”

What Is Outgroup Bias?

The Outgroup Bias is the psychological tendency to have a dislike for other people that are outside of one’s own identity group. For example, if you are a fan of a football team, you are likely to dislike a fan of a rival football team, even if you admire the person.

What Is Ingroup Bias?

Outgroup bias works alongisde ingroup bias, which is the tendency to favor people who belong to your “ingroup.” If you are a UT fan, for example, your ingroup is UT fans and examples of outgroups include OU or Penn State fans. 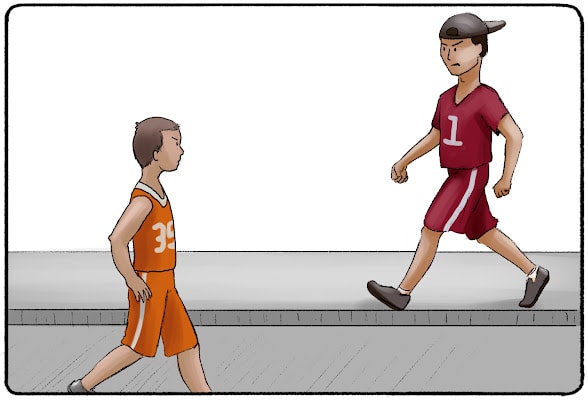 Outgroup bias shows the other side of this coin. A UT fan is more likely to look down upon OU fans or fans of rival sports teams. This idea also suggests that in addition to preferring people in  our ingroups, we are more likely to withhold resources or act against the needs of the outgroup.

If your ingroup had control of the food, water, and shelter, you would be more willing to get the resources you needed to stay alive. Clearly, you would support your group. But if the outgroup came in and took resources from you, you might not get fed or have a place to live. So you’re going to drive away the outgroup at all costs.

This mindset is still at the core of ingroup-outgroup bias. Just think about xenophobia. A common argument against immigration is that people don’t want immigrants to take jobs from citizens. So they paint immigrants in a bad light and even vote for policies to secure borders further.

It doesn’t take long to find examples of outgroup bias in everyday life. But this idea also plays out in classic psychology experiments. 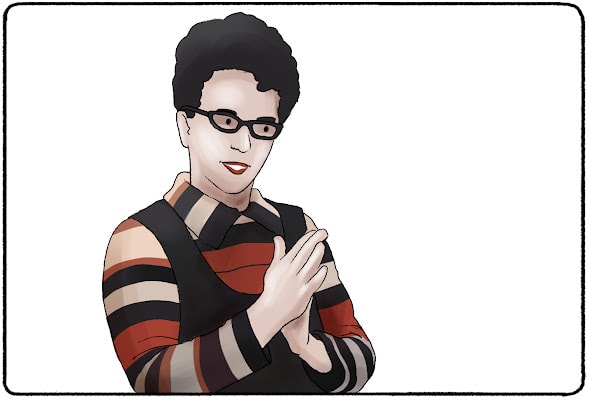 Take Jane Elliott’s famous blue eyes-brown eyes exercise. Jane Elliott was a schoolteacher in the 1960s when she started this exercise. She split her third-grade class by their eye color. On the first day, she would name the blue-eyed group as superior. She would tell the brown-eyed children that they were inferior and point out their mistakes, while praising the blue-eyed group. Later, she would switch roles.

While the exercise was meant to teach her students about the effects of racism, it quickly became known nationwide. A documentary on the exercise showed just how fast the children would turn on the “outgroup,” or the inferior group of the day.

A similar experiment a few years later became known as one of the most notorious psychological studies in the country. The Stanford Prison experiment took 24 college-age boys and assigned them to either the role of prisoner or guard. The guards were given power to treat the prisoners in any way that they’d like (they couldn’t hit the prisoners) and the prisoners were instructed to obey. Again, the participants, who had not known each other prior to the study and had not done jail time, quickly turned on each other. Within a few days, the prisoners even banded together and staged a revolt against the guards. The experiment was canceled after just six days due to the violence and potential psychological trauma it would have on the participants. 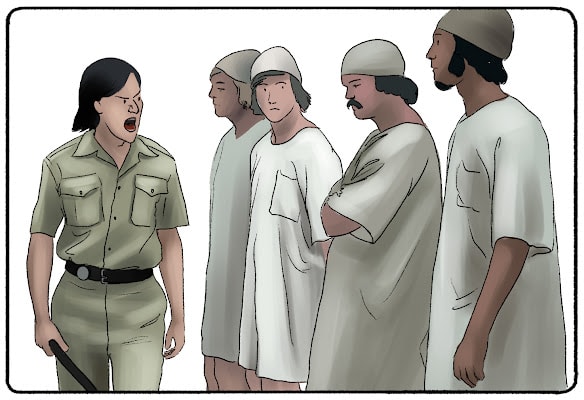 Leaving a Religion, Cult, or Other Ingroups

If you decide to leave an ingroup, you might see the same people have ingroup bias and then outgroup bias! This Reddit post relates outgroup bias to leaving the Mormon Church. Many religions, cults, and groups with a tightly-held identity may believe that because their ideals are right, people who belong to other groups are “wrong.” This is outgroup bias at work!

One of the ideas intertwined with ingroup-outgroup bias is outgroup homogeneity bias. Studies found that we do more than just view outgroups less favorably than our ingroup. Those studies have also revealed that we are more likely to view the members of an outgroup as interchangeable, all with the same unfavorable traits. The outgroup homogeneity bias suggests that it is easier for us to remember individuals in an ingroup rather than in an outgroup, partially because they all “blend together.”

If you’ve ever heard someone use stereotypes about one gender, race, or ethnic group, this probably sounds familiar. Stereotypes paint all people of one outgroup of having a certain set of unfavorable qualities. When these stereotypes are used, they are done so without distinguishing any one person in the outgroup from another. Everyone in the outgroup is treated the same.

Be Aware of Outgroup Bias

Clearly, outgroup bias can have serious consequences. We may judge people before we even know them. We may withhold help from people just because of the color of their skin or the football team they root for. We may choose to elect a politician that promises to keep the outgroup starved of resources and the ingroup in power.

In order to ensure a more fair world, we have to be aware of outgroup bias. This is something that all humans are guilty of, just like any other cognitive bias. By being mindful of our thoughts and actions, and understanding that our biases may be leading us astray, we can make more impartial decisions and judgements.