Such is the case of Samuel Little.

Who Was Samuel Little?

Samuel Little was one of America’s most prolific (if not the most prolific) serial killer. He doesn’t have the starring role in movies and TV shows like serial killers like Bundy or Dahmer, but the Choke and Stroke Killer is just as horrifying as any serial killer in any podcast.

Samuel Little was born on June 7, 1940. He was raised mostly by his grandmother in Ohio, and it didn’t take long for him to commit to a life of crime. At 16, Little was sent to a juvenile detention center after being convicted of breaking and entering. After serving time, he dropped out of high school and moved to Florida with his mother. Little became a competitive boxer in between stunts in prison for various crimes, including aggravated assault and rape.

Little told a Texas Ranger in his 2018 confession that he had fantasized about killing women from a young age. He was always focused on womens’ necks, even pinning an image of a woman who had been strangled to death on his wall. When he did marry or have girlfriends, he said that he tried to avoid looking at their necks.

Not much else is known about his younger life other than the fact that he was in and out of prison a lot and that he boxed. By the time he was 35, he had been arrested 26 times. He spent at least three years in prison for one sentence after breaking into a furniture store. Reports say that Little had a habit of robbing people for drug and alcohol money, blowing it, and then moving onto the next place.

Little’s supposed first murder took place in 1970. He confessed to up to 93 murders over a span of over 30 years, but due to the time in between the actual murder and the confessions, not all of these murders have been identified and confirmed.

The first alleged victim, Mary Jo Brosley, began a pattern that Little would follow throughout his life. Brosley was an alcoholic who was estranged from her family. She had a seven-year-old son in 1970 whom she abandoned as she moved from Massachusetts to Florida. Her family reported her as missing two days after she left, not knowing where she ended up until at least 45 years later. Brosley met Little in a bar and strangled her to death. Her body was found in a shallow grave, but her remains were not identified until 2017.

A year later, Little confessed to her murder. He knew a surprising amount of details for someone who committed up to 92 murders after her. He knew what she was wearing, remembered complications regarding burying her body, and also that she had problems with alcohol. This was a pattern for Little – he tended to kill women who had substance abuse problems or ran into trouble with the law. It was easier for Little to get away with these crimes, he believed. And to some degree, he was right.

Although Mary Jo Brosley’s shallow grave made it obvious to law enforcement that someone was involved in her murder, other cases weren’t so obvious. Many victims were not even identified as murder victims for decades. Law enforcement believed that these women had died of an overdose or accidental causes. To this day, many victims probably wouldn’t have been linked to Little if it weren’t for his confession.

But that confession would come over 50 years after his first murder. Little continued on his murder spree, killing an alleged two dozen women between the years 1970-1982. In 1982, he was charged with the murder of 22-year-old Malina “Mindy” LaPree. But he was not indicted. During that time, he was also charged with the murder of 26-year-old Patricia Ann Mount. In both cases, eyewitnesses testified and linked Little to the victims. The testimony, however, came from sex workers. The jury did not trust these accounts, and without any physical evidence to link Little to the murders, he was not convicted.

In most of his murders, Little punched and strangled his victims to death. DNA was not used to link serial killers to their victims until later in the 1980s, so Little was able to evade even the closest run-ins with law enforcement and grand juries for decades.

Quickly after he was released in 1984, Little struck again. He was arrested twice in less than two months for strangling women in California. Although he was convicted for these crimes, he was still not linked to any previous murders. He served only two and a half years in prison, and he was released in 1987 and moved to Los Angeles. In Los Angeles alone, he killed another 10 women before traveling the country again. Over the next ten years, he would commit murders that took place in Florida, Georgia, Arkansas, Louisiana, Nevada, Ohio, and Arizona. According to Little’s later confession, he continued to kill until 2005.

How Did Samuel Little Get Caught?

In 2012, Samuel Little was in Kentucky. He was arrested on a narcotics charge while living in a homeless shelter. By this time, collecting and using DNA evidence in criminal cases was commonplace. Little’s DNA was linked to multiple murders from the late 1980s. All three victims had been found on the streets in Los Angeles after they were killed. This was much more than just a drug charge – Little was extradited to a jail in California and charged with the murder of three three women who were linked to his DNA. All of a sudden, investigators had a lead in dozens of murder cases from the 1970s-1990s. The LaPree case was also reopened after he was charged. 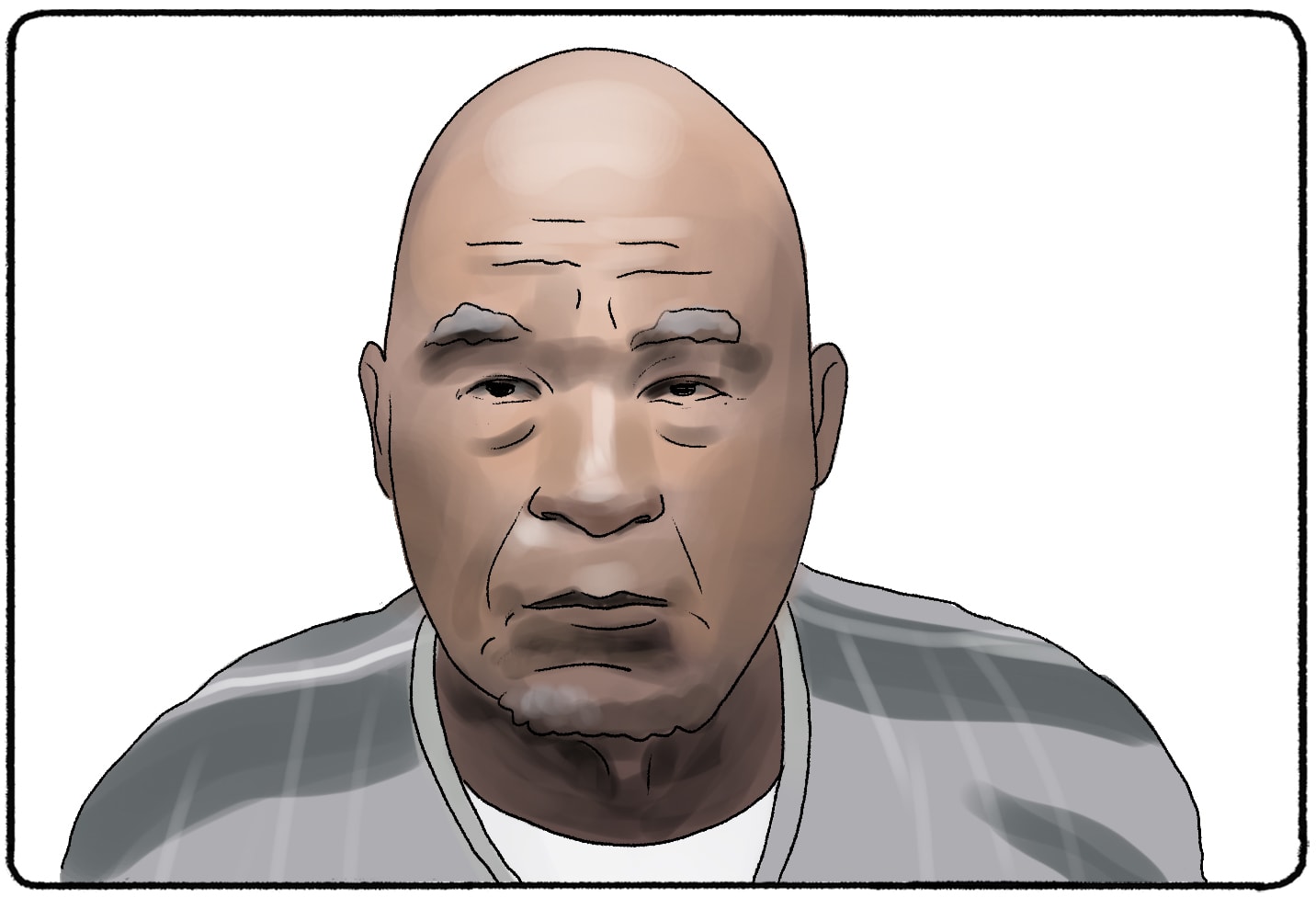 With more physical evidence against him, Little was finally convicted for murder in 2014. He originally pleaded not guilty and claimed that he was innocent. Little was sentenced to three life sentences without the possibility of parole.

Not much news came surrounding Little’s murders until he began to confess to other murders in 2018. Many detectives, sheriffs, and other members of law enforcement tried to get information out of Little from the time he was sent to prison for life. But all of them failed until James “Jimmy” Holland came along. James Holland is a Texas Ranger who heard about the case in 2017. This wasn’t Holland’s first rodeo. He had many years of experience as a Texas Ranger, the official title for a group of around 100 Texas detectives who handle the state’s most serious crimes. Little had killed Denise Christie Brothers in Odessa, Texas, in 1994. He was later charged for her murder and pleaded guilty to this particular crime.

Holland is known as “a serial killer whisperer of sorts,” so it made sense that he would go in and talk to Little. With the help of the FBI’s Violent Criminal Apprehension Program, Holland was able to talk to Little about various cases that took place throughout the country. But he didn’t get a confession at first. He carefully started talking to Little, being sure to use caution while talking about strangulation, rape, and other crimes that Little had been accused of committing throughout the years. The first time they met, Holland told Little he was at the prison just for a visit.

The interrogation lasted for two and a half hours. In that time, Little grew a liking for Holland. They bonded over spending time in Texas, sodas they liked, and nicknames that their parents had given them. Holland listened to Little as he vented about the local police and was patient as Little started to tell the truth about certain details surrounding one of his alleged murders. By the time the interview was over, Little had told Holland that he “stopped counting” the amount of murders he had committed at 84.

Samuel Little’s Cases Are Not Closed

But this didn’t mean that 84 cases could be closed. There are plenty of serial killers who have claimed to murder people that they didn’t murder. It wouldn’t be surprising if Samuel Little didn’t remember every detail about his victims or he was simply making up information. In order to make formal announcements and actually link Samuel Little to the murders he confessed, investigators would have to do a lot of work and dig through a lot of old, old evidence. And Holland wasn’t done yet.

The next day, Holland went back in for another four-hour interrogation. This continued both in California and in Texas after Little was extradited there to stand trial for the killing of Denise Christie Brothers. Over the course of a few months, Holland got more and more details about the killings, giving the information to his team as they tried to link the details to murders from decades past.

Part of why these cases were starting to close was because while he didn’t remember everything, Little remembered so much about so many of his victims. He drew sketches of them for Holland – over 20 sketches in total. Little knew the clothes they wore, how he met them, and even details of the conversations they had before he strangled them. He confessed that many of these women had been sex workers or were unlikely to be “missed” by family or friends who would have been searching for him or garnering a lot of media attention. 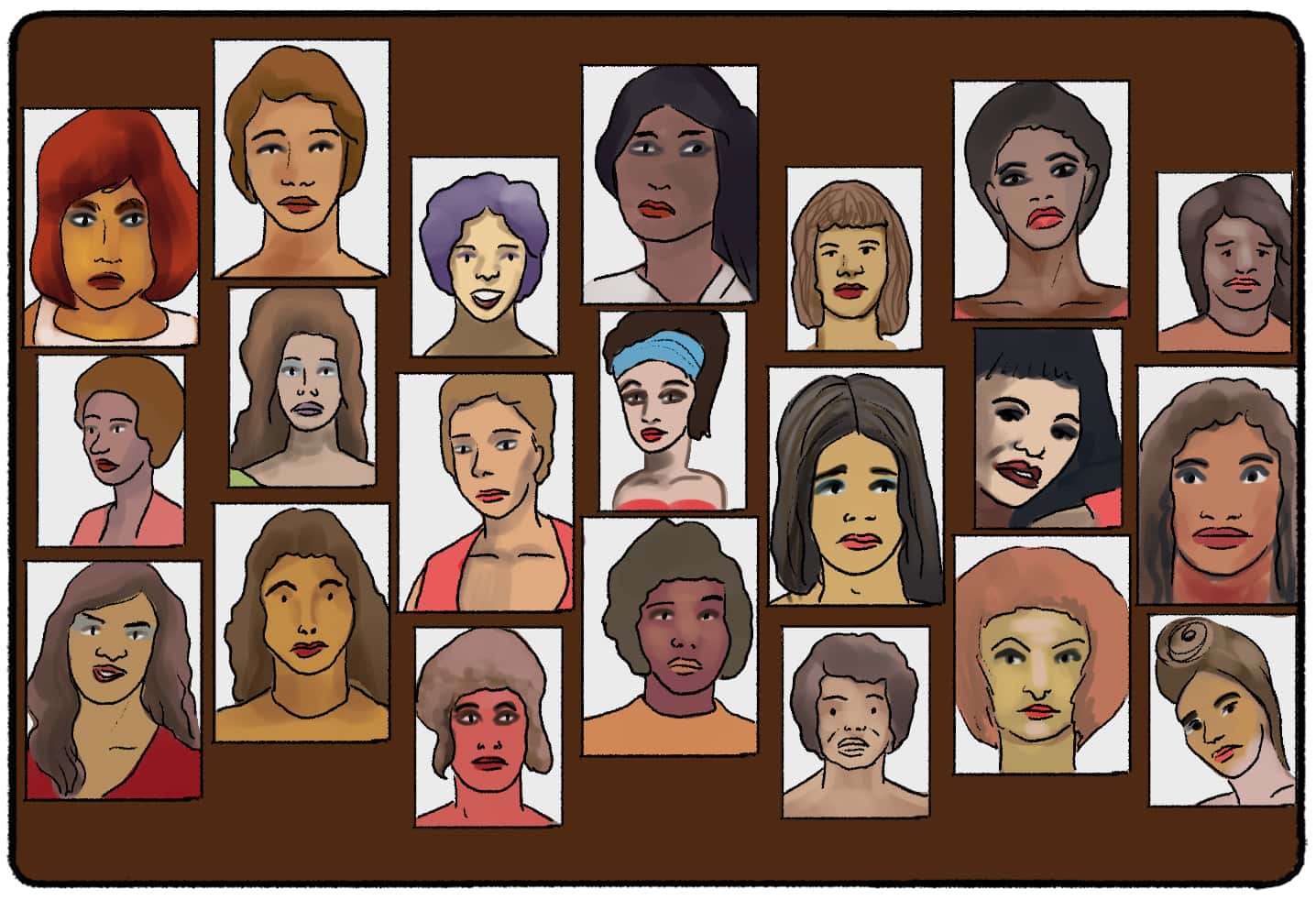 As Little’s confessions were being linked to various crimes, sheriffs all over the country were making announcements that Little was involved in cases that hadn’t been solved for 20-plus years. These confessions shed light on some county’s only unidentified victims, bringing closure to the investigators or the victims’ families. Loved ones were learning about their family members’ murders decades later. The FBI has continued to ask people to help them as they link Little’s confessions to any disappearances over the past few decades.

Little continued to confess to murders across the country until right before his death in December 2020. A month before, he had confessed to the killing of two women in Florida. When this story was matched up with details from various disappearances in the state, investigators realized that they had wrongfully convicted another man of the same crime.

How Did Samuel Little Die?

In December 2020, Samuel Little died in a hospital in Los Angeles. An exact cause of death was not determined, although no foul play was suspected. Little had suffered from diabetes for a long time and had heart trouble. He was 80 years old. In a bizarre twist of fate, had Little died one day later, he would have died 50 years after his first murder. To this day, the FBI are still working to connect Samuel Little’s confessions to various killings throughout the United States. 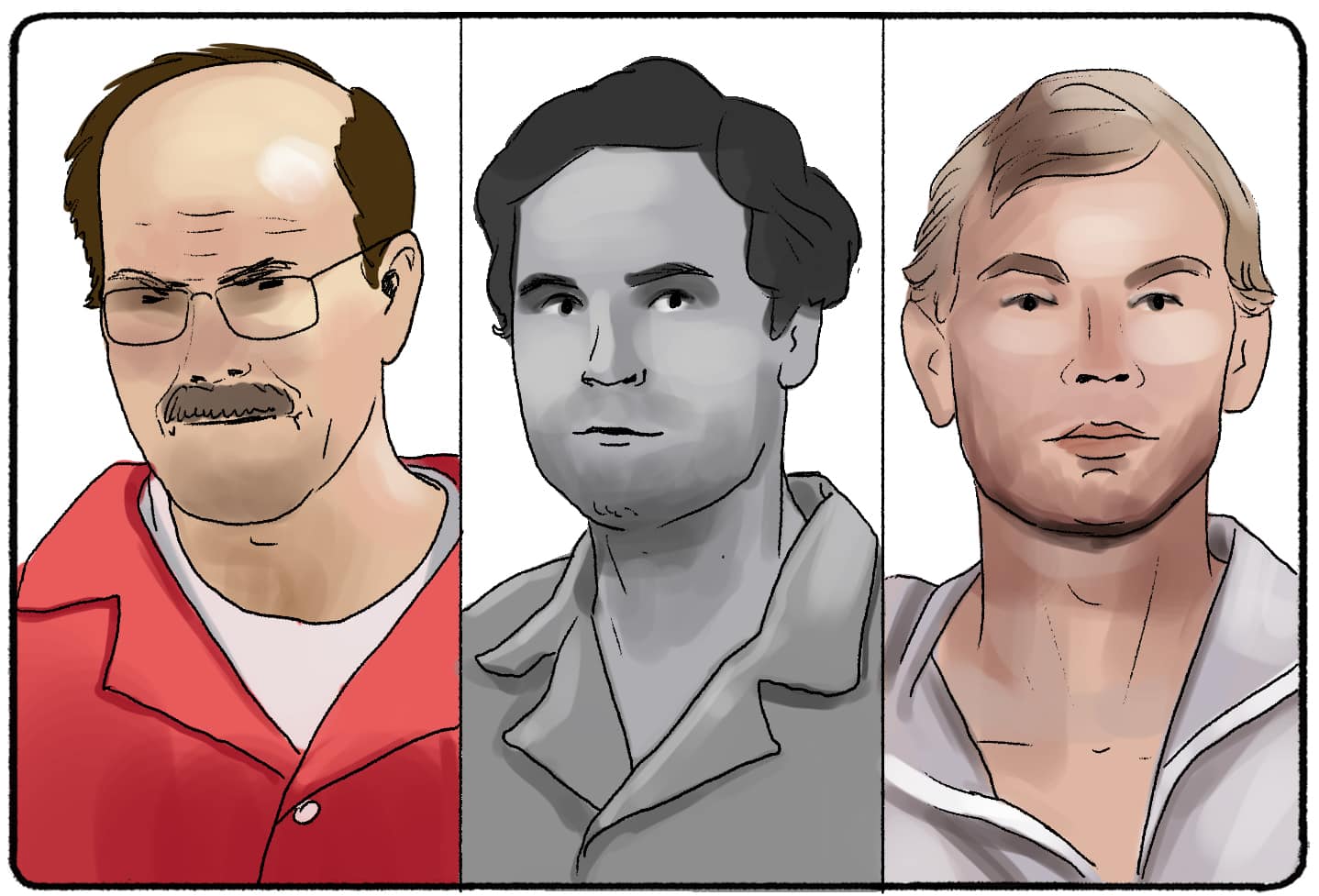 It’s almost strange that people don’t know the story of Samuel Little as well as they know figures like John Wayne Gacy or Ted Bundy. Maybe this is because Little’s confessions came so much later than Gacy or Bundy’s. Maybe it’s because the deeper investigation into his crimes only happened after he had confessed. Unlike Ted Bundy’s college-age women or Gacy’s young men, the victims of Little didn’t gain as much media attention or make national news. Whatever the reason is, you now know quite a bit more about the most prolific serial killer in recent American history.