Over the years, psychologists have posed many questions about the way that we make decisions. They have also attempted to answer those questions with theories and schools of thought that may be quite different than the theories that came before. Psychology is an ever-evolving science, but the lessons of the past are still considered important to learn – which is why you might be taking a test or quiz on the Stimulus Response Theory of Learning!

What Is Thorndike’s Stimulus Response Theory of Learning?

Stimulus Response Theory was proposed by Edward Thorndike, who believed that learning boils down to two things: stimulus, and response. In Pavlov’s famous experiment, the “stimulus” was food, and the “response” was salivation. He believed that all learning depended on the strength of the relationship between the stimulus and the response.

If that relationship was strong, the response was likely to occur when the stimulus was presented. In order to elicit a specific response to a specific stimulus, you had to strengthen its relationship in one of a few ways. This is where Pavlov’s experiment comes in.

When you think of behaviorism, you may think of Pavlov’s dog. This experiment is one of the most famous experiments in the history of psychology. It is also some of the strongest evidence for theories that fall under the larger category of Stimulus Response (S-R) Theory. Stimulus Response Theories attempts to explain the ways that human beings behave. Although these theories, and behaviorism as a whole, are not the forefront of modern psychology, they still serve as an important lesson about why we believe the things we believe about decision-making, behavior, and human nature.

Let’s look at three concepts that Thorndike developed while explaining the Stimulus-Response Theory of Learning: Law of Effect, Law of Exercise, and Law of Readiness.

He would place them in a box. Outside the box was a scrap of fish. As the cats looked for ways to get to the fish, they would try to escape the box. Escaping was as easy as pulling a lever. When the cat pulled the lever, they were able to leave and enjoy the fish.

Thorndike observed the cats be placed in this box over and over again, under the same conditions. He saw that the time it took to pull the lever decreased as the cats associated the lever with the fish. This helped him develop the Law of Effect.

We seek responses with positive effects, strengthening the relationship between a stimulus and the response.

The Law of Exercise is an element within Thorndike’s work that he later modified. Initially, Thorndike believed that frequent connections of stimulus and response strengthened that connection. The more often a cat was given the opportunity to pull a lever and receive a fish, for example, the stronger that connection would be and the more likely they would pull the lever. But, as Thorndike continued his work, he realized that this was not necessarily true. If the response leads to an unsatisfying effect, or punishment, the connection between the stimulus and the response will not be strengthened. But Thorndike observed that the connection may not be weakened every time the subject gets “punished,” either.

Being subject to continuous trials of pulling levers and escaping boxes sounds exhausting. If a cat, human, or any other creature is too tired to try something out, they might just take a cat nap and leave the response hanging. This idea fits into Thorndike’s law of readiness.

These three laws set the foundation for many other theories within behaviorism. Later behaviorists, including B.F. Skinner, Edwin Guthrie, and Ivan Pavlov, have proposed theories that relate to, or are inspired by, the work of Edward Thorndike. 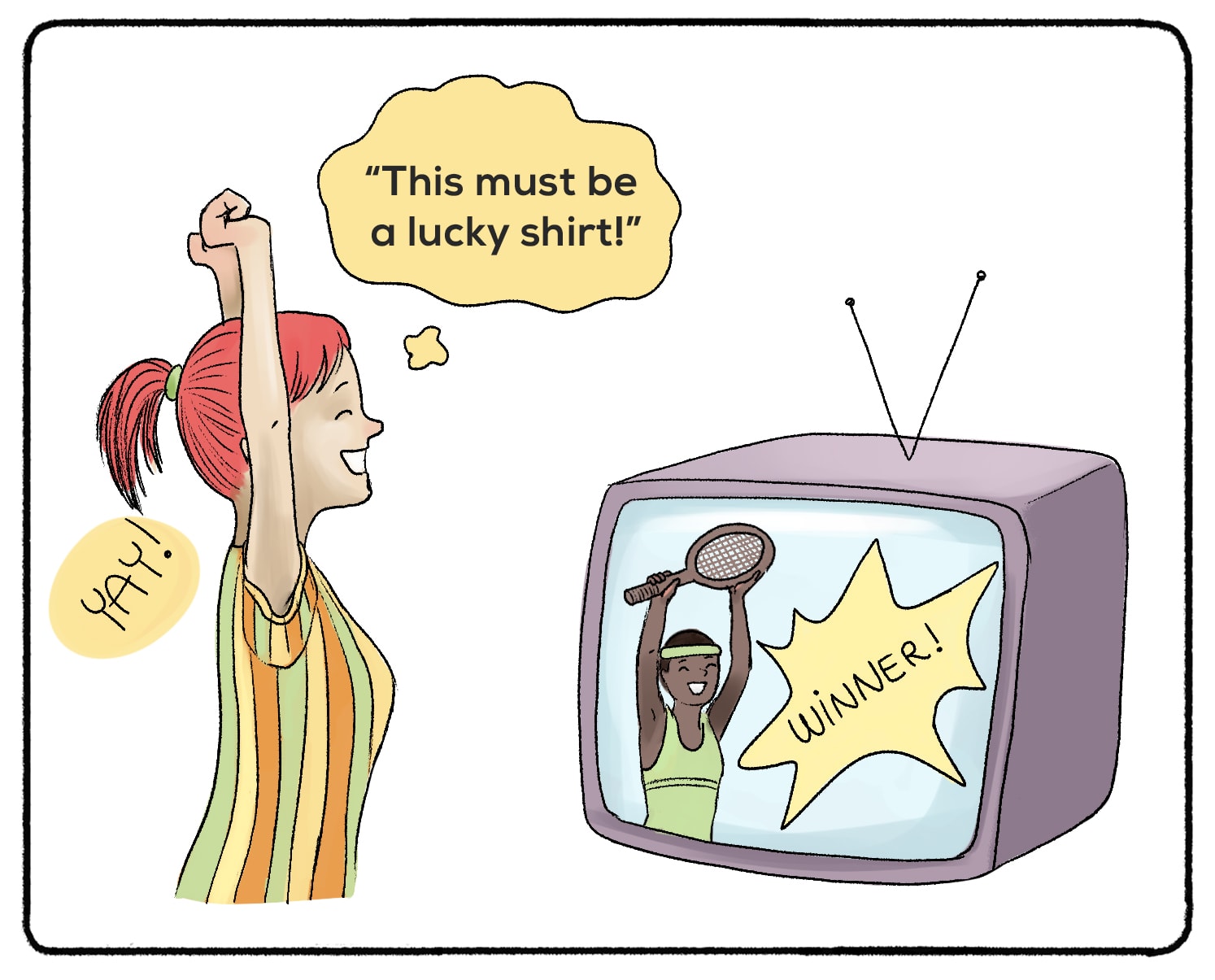 One such theory includes Edwin Guthrie’s Contiguity Theory. Like other Behaviorists, Guthrie believed that learning occurred when connections were made between a stimulus and a response. But his ideas went beyond exercise and readiness. The Contiguity Theory included the law of contiguity, which suggested that time played a factor in the strength between a stimulus and a response. If the response did not occur immediately after the stimulus, the subject would be less likely to associate the stimulus with the response. If you get a stomachache in the evening, you might associate your body’s response with what you ate in the morning, but you are much more likely to associate the response with what you ate for lunch or dinner. Time makes a difference.

Another theory that falls under the stimulus-response umbrella is Hull’s Drive-Reduction Theory. Developed in the 40s and 50s by Clark Hull and later Kenneth Spence, this theory looked to “zoom out” on behaviorism and explain the drive behind all human behavior. A stimulus and response are still crucial to this drive.

What do you do when you are hungry? You eat food and feel full. Drive-Reduction Theory states that when the effect of a response is a reduction in drive, a subject will more likely respond to that stimulus in the same way. 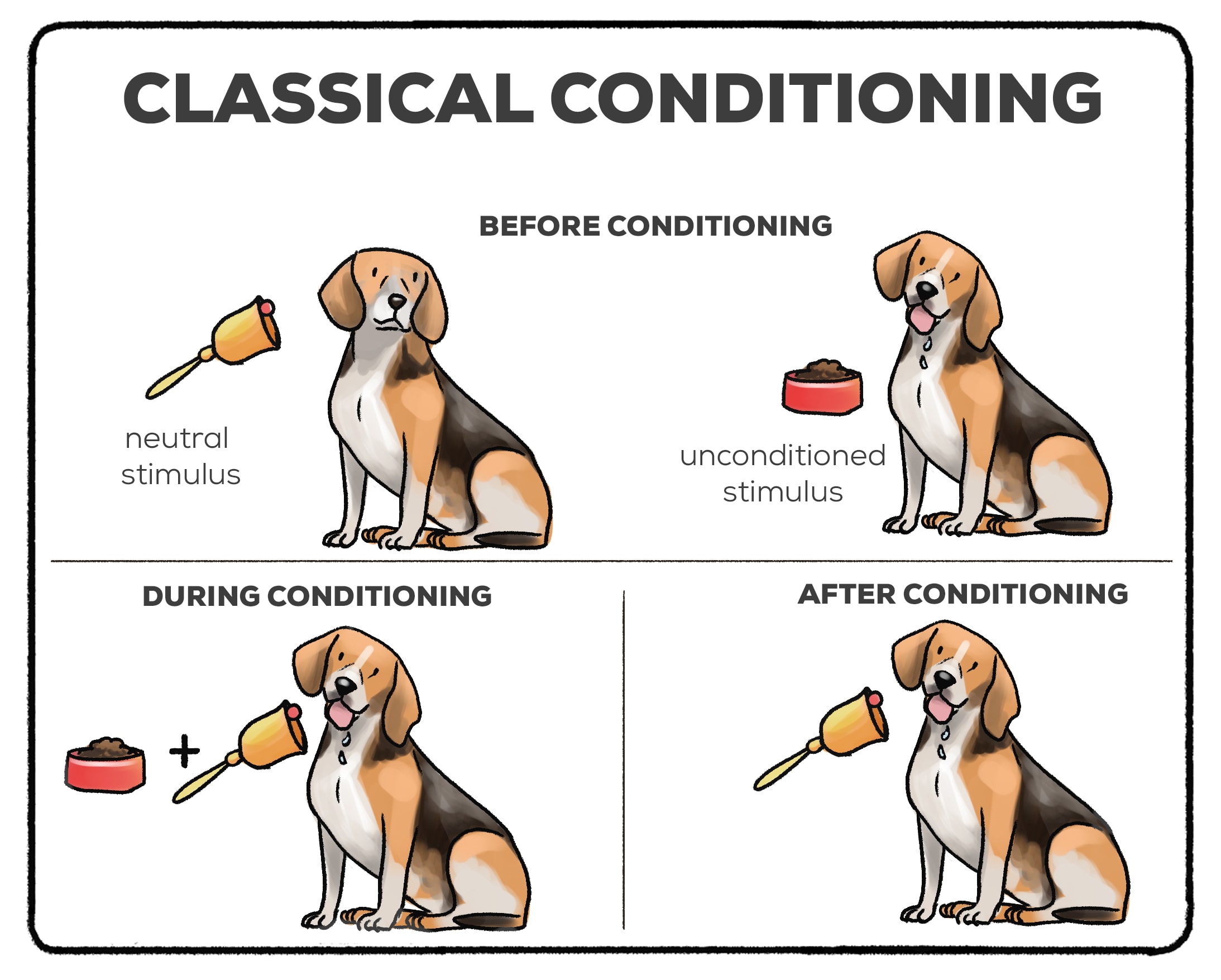 We could not wrap up these theories without talking about Pavlov’s dogs. Pavlov used stimulus-response theory to demonstrate how dogs (or humans) could learn through classical conditioning. This is a process in which a “neutral” stimulus becomes connected to a stimulus that already elicits a response. Once this connection is made, the previously neutral stimulus elicits a response.

Stimulus response theories, to be blunt, can be quite simple. They are also deterministic in nature. No one wants to believe that their decisions are the result of any sort of conditioning. Additional factors, like your thought process or the experiences that have shaped you as a person, may also influence the decisions you make. Making a decision or performing a behavior often seems more complicated than just responding to the stimulus in front of you.

Although behaviorism and stimulus response theory were the focus of psychology for decades, they were subject to criticism from many experts in the field. Were all actions driven by the unconscious, or did the conscious mind do more than we were giving it credit for? Is human behavior and decision-making more complex than just responding to a stimulus? As these questions were raised more and more frequently, schools of thought like humanism, positive psychology, and cognitive psychology were born.

These schools of thought are not immune to criticism, either. So completely replacing education on behaviorism with information on cognitive psychology is not necessarily the best approach. Although psychologists view behavior as more than just a stimulus and a response, we cannot forget the theories that built the foundation to what we know today.