7 Psychological Persuasion Tips – How to Persuade Someone Tricks

Why do you make the decisions that you make or do the things that you do? There’s always a reason, and psychologists are learning that many of our actions are influenced in ways we don’t realize and that these influences can be a really wide array of things. Even mild persuasion can have a big impact on us. In the pursuit of your dreams, you might find that you need to convince people to invest in you or to cooperate with you. Or, for one reason or another, you might want someone to see your side of things. In these instances, and in many other similar ones, knowing how to take advantage of psychology to persuade others can be a valuable tool.

But it’s important to be responsible and respectful when you want to sway someone. Persuasion is not the same as manipulation. Persuasion is done with good intentions to show someone your perspective and hopefully get them to choose to comply or agree with you. Manipulation is done with ill intent and usually involves deceit or tricks to convince someone to agree or comply. If you’re not telling the whole story or are distorting the truth in order to convince people to do something that will benefit you but could be problematic for them, that’s manipulation. Nudging people to see your perspective so that they are inclined to agree with you, it’s persuasion. Persuasion isn’t forceful, it isn’t deceptive, and it isn’t harmful to the individuals being persuaded. Keep this in mind when implementing the following tips in your life.

Some words are more persuasive than others. Words known as “ultimate terms”  can be incorporated into your argument or pitch to persuade more effectively. They’re grouped into three categories: God terms, devil terms, and charismatic terms. God terms are also known as power words and tend to be positive and attractive. For example, if you’re talking about safety, some associated god words are “guarantee” and “proven”. On the other hand, devil words are more negative and repulsive to audiences. With the same safety example, a couple that can be used are “dangerous” and “risky”. Then there are charismatic terms which are a bit trickier; they’re usually fairly abstract but appealing because of historical context—words like “freedom” or “progress”. Any of the words in these categories can help sway the way people think and feel about a concept or viewpoint. They prompt specific reactions because we’ve been programmed through experience over the course of our lives to perceive these words a certain way. You can use these types of words to create appeal and draw someone in or to make an alternate option seem undesirable.

The delivery of the words you’ve chosen also influences people’s response to them. When you speak quickly, it aids in persuasion for a couple of reasons. First, speaking quickly means that the person listening has to absorb what you’re saying quickly to keep up with you. It gives them time to hear you but makes it tougher for them to nitpick your argument. They’ll still see major problems if there are any, but they’ll be too busy listening and processing what they agree with to interrupt you to pick apart insignificant details.  Speaking quickly can also make you appear more confident. Speaking slowly and fumbling for the right word can really hurt your pitch; but when you can speak smoothly at a relatively quick pace—but not so fast that you’re hard to understand or follow—the people listening perceive you as confident and knowledgeable, consciously or subconsciously. If they see you as having these traits, they’re more likely to want to get onto your side, even if they don’t realize exactly why you appeal to them.

Along with your words, your body speaks volumes. Like speaking quickly, the people you’re talking to may notice your stance and movements consciously, but they might just take notice subconsciously which will influence their opinion of you in a subtle way. Stand up straight, shoulders back and relaxed. Don’t fiddle with your fingers, but do use hand gestures occasionally to emphasize your enthusiasm. Don’t look down at the floor or at notes; instead, make eye contact, but don’t hold it so steadily with a single person that it becomes unsettling. Looking confident tells people non-verbally that you know what you’re doing and know what you’re talking about. It’ll leave an impression that makes people want to support you in your endeavours and makes them more likely to take you seriously in an argument.

Have you ever heard a song for the first time and not really liked it, only to come to love it later after hearing it several more times? The human brain loves repetition and patterns, so when we’re exposed to an idea repeatedly, we can come to like it more or accept it more easily than when we first heard it. So when you’re pitching a plan or concept, repeat the important information two or three times. For example, if you want to convince someone of a product’s quality, repeat its efficacy stats compared to other similar products. If you’re in a casual argument with a friend or colleague, repeat an idea in different ways throughout your argument. They may not realize they just heard the same thing more than once, but their brain will take notice and they’re more likely to start to see your perspective. In this sort of situation it’s good to keep it to three times; if it’s obviously the same information repeated multiple times—rather than being subtly transformed with the same core idea—it can actually cause the opposite effect and leave the person feeling more resistant to it. 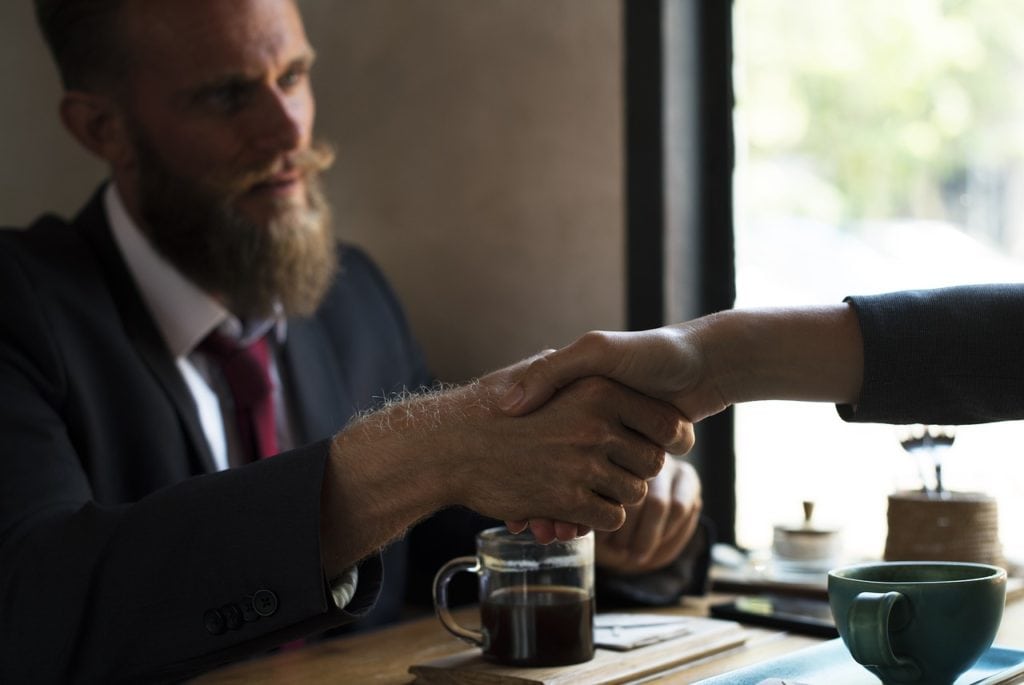 Very few ideas are perfect; even the best plans, concepts, and views can have a flaw or two. While you might think the best way to persuade someone is to focus entirely on the positives and try to cover up all potential negatives, research has actually shown that people respond best to balanced arguments. Many people, when being pitched an idea, will look for the holes in it; if you don’t acknowledge obvious flaws, they could see you as deceitful. Or, if they don’t notice the flaws but do feel that your idea is too good to be true, they’re likely to have trouble believing you and will be hard to persuade. On the other hand, studies have found two-sided arguments to be more successful in persuasion, likely because your honesty about the less desirable angles of your idea make you appear more trustworthy. People are drawn to those they feel they can trust and are more likely to listen to you if you come off that way.

6. Tell a story instead of reporting data

People respond to personal interactions. A study from Carnegie Mellon University compared efficacy of two different pitch styles. In both, students were trying to collect donations to improve the lives of people in various African countries experiencing drought, food shortages, and dislocation from their homes. One pitch was focused on statistics and numbers to explain how bad the situation was, while the other pitch told the story of a starving girl named Rokia and included a picture of her. The students who used the story raised more than twice as much money for the cause. The conclusion was that statistics are impersonal and can leave people feeling disconnected from the idea while making things personal makes people want to get involved. You don’t have to tell a story about someone else, real or imagined; you can also explain to someone how your idea affects their life on a personal level. Any way you can reach the person you’re trying to persuade in a personal way is helpful.

7. Taking some power away from the powerful

When proposing an idea to someone with more power than you—like your boss, a successful business person, or a leader of some kind—being able to take some of their power away can help to persuade them to see your side of things. This might sound a bit dark, but it’s really not. The whole idea is that many people with power know that they’re powerful and tend to look down on people who are of a lesser position. But, you can take some of their power by exposing them to things that are new to them; show them that you’re more knowledgeable than them in the subject you’re talking about by including information that they’re unlikely to be familiar with. If you’re the more knowledgeable in the situation, they’ll feel less powerful. Then, toward the end of the conversation, remind them of their position of power to make them feel more confident in their assessment of your pitch. It’s a great strategy for leaders of many kinds, but can be useful in arguments with people who are just feel superior too.

There are many situations when persuasion is a valuable skill. Knowing techniques that affect your audience on a psychological level will help you persuade more effectively.