Cognitive development is the process in which children develop the abilities needed to solve problems, think logically, and make decisions. As they grow and develop, they begin to understand more about the world around them and how the world works – and they enter the Concrete Operational Stage.

What Is The Concrete Operational Stage?

By age 6 or 7, the child has entered the Concrete Operational Stage. This is the third stage in Jean Piaget’s Theory of Cognitive Development. During this stage, the child is beginning to grasp logical reasoning. The most important developments in this stage include that of Conservation, Classific

The concrete operational stage starts around age 6 or 7 and ends at age 11 or 12. For many students, this is when they enter their first “formal” years of grade school. A good way to remember this timeframe is to think that elementary schools could be made of concrete.

The CDC refers to the years between the ages of 6-11 as “middle childhood.”

Preparing For the Concrete Operational Stage

The developments during this stage do not stand alone – they are comprised of building blocks of skills and abilities that children gain through the earlier stages of cognitive development.

The preoperational stage precedes the concrete operational stage. This stage, which lasts from ages 2-6 years old, is an exciting time for parents to enjoy. Their child begins to use language and play pretend during this time. But the concrete operational stage allows the child to directly build on these skills. While a 5-year-old child may not be able to play with much empathy for the other “players,” an 11-year-old child can. With this sense of empathy developing, a playtime partner can become a lifelong friend.

As the child exits the preoperational stage, they should be able to:

There are many important developments that build off these skills, but children still face limitations during this time period. They are slowly stepping outside their egocentric point of view and may begin to see the world more abstractly. Up until this point, a child thinks very logically and literally. This is a cool time for parents – a child can really begin to use their imagination now!

What Skills Does a Child Gain and Build During the Concrete Operational Stage?

These four processes may begin in the earlier stages of development but really accelerate during the concrete operational stage. It is important to know that classification requires many skills in itself! Moving past animism, seriation, and transitivity are all part of the classification process. 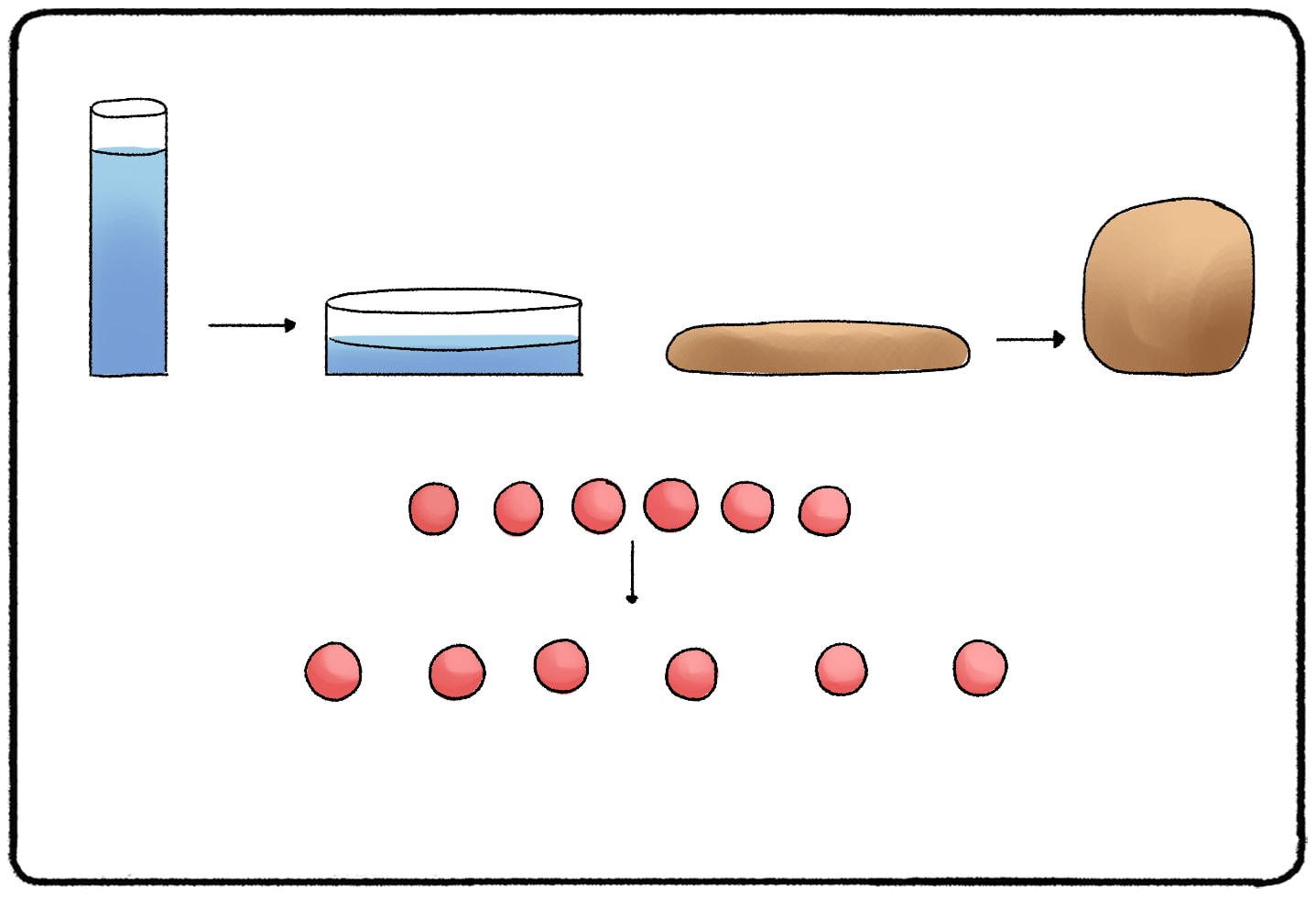 Example of Conservation in the Concrete Operational Stage

A child in the Preoperational Stage will not be able to see that 10mL of liquid in a short, wide glass is the same as 10mL of liquid in a tall, skinny glass. As the child enters the Concrete Operational Stage, they begin to grasp this concept. They can use other “clues” about an object to assess its quantity. Sure, the ball of clay has been smashed flat. But it’s still the same amount of clay. Yes, the green tennis ball is now blue. But it will still bounce the way a normal tennis ball would.

Why do children start to grasp the concept of conservation at this point in their development? Piaget claims that it’s due to a process called decentering or decentration. This process allows the child to see many aspects of one problem at a time.

Example of Decentering in The Concrete Operational Stage

Decentration also plays a role in classification. Classification is the ability to organize and classify items and ideas by similar characteristics.

Example of Classification in the Concrete Operational Stage

Children can observe an item that looks and feels like a plant and classify it as a plant. But they can also see how a green plant fits in with other green items. They can also separate green plants from red plants, but still see them as “plants.” They can see how plants differ from animals, and how animals differ from other household items.

Children at the Concrete Operational Stage also have the ability to organize the items that they have classified. Seriation is the process is arranging items in a logical order. Not only can the child organize all of the red flowers, but they can also arrange the red flowers by how dark the flower is or how long their stems are.

Reversibility is another major development in the Concrete Operational Stage. It simply means that children realize that actions can be reversed. This allows them to think backward in order to solve a problem. Sure, they know that 2 + 2 = 4. With reversibility, they can use that information to figure out that 4-2=2.

This understanding also helps the child to understand Conservation at a deeper level. Yes, the ball of clay has been flattened. As the child develops the idea of reversibility, they begin to see that they can mold the flattened clay back into a ball, all while keeping the same quantity of clay. 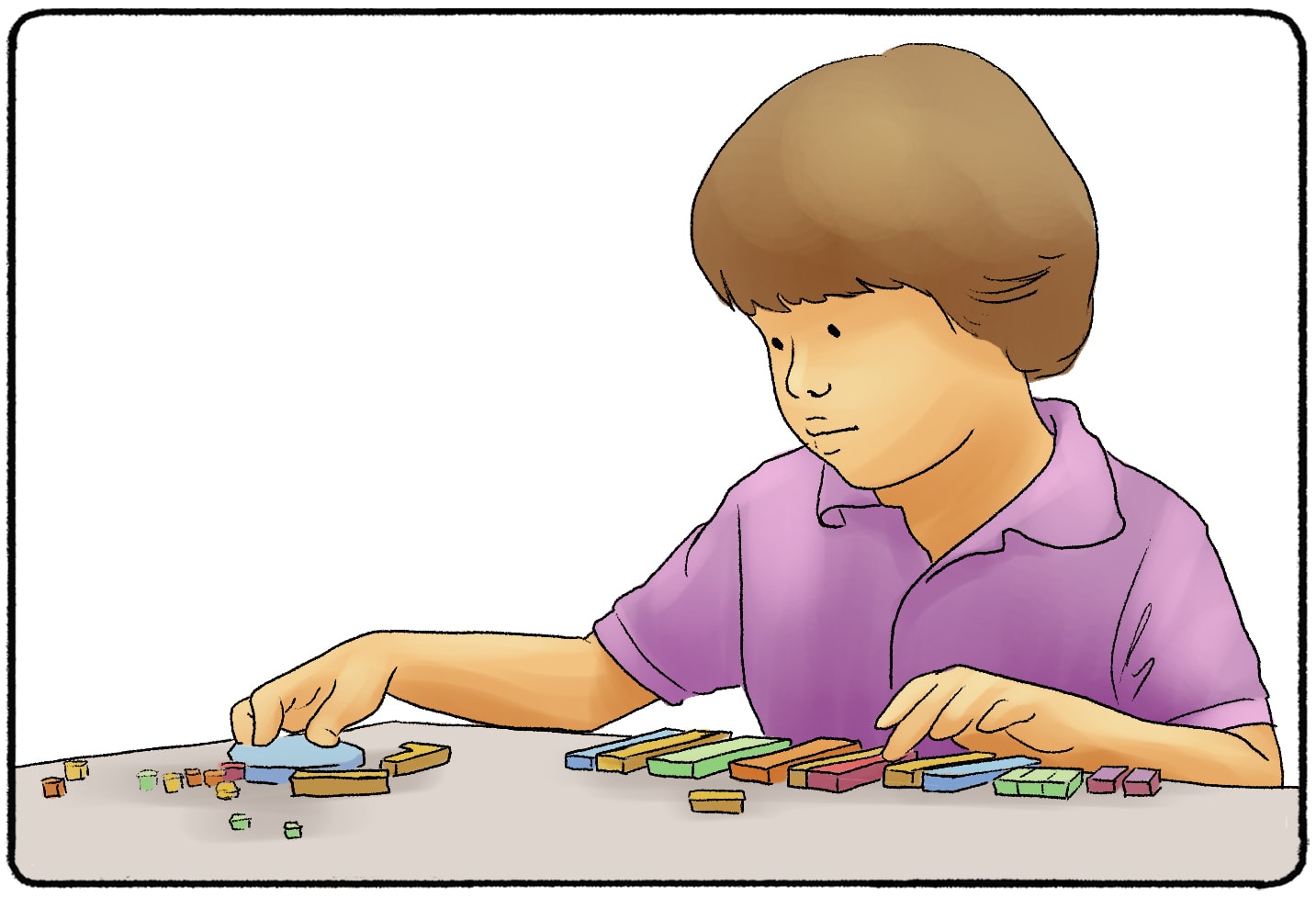 Other Skills Developed During the Concrete Operational Stage

Although the skills observed by Piaget are important in the child’s cognitive development, parents and teachers may be focused on teaching their children to read and write around this time. A child may reach many educational milestones and develop various skills during the ages of 6-12:

The average 8-year-old child learns up to 20 words per day! This is certainly an exciting time for any parent or teacher watching a child start to understand their world more.

How to Support a Child in the Concrete Operational Stage

Parents can do a lot more with their kids as they grow and enter the concrete operational stage. All the while, they can communicate to the child why they are engaging in these activities and how the child can use these skills at school or playing with friends.

Ask them about bullies and friends at school. Children will form many positive relationships during this time. Negative relationships, unfortunately, will also form. Bullying is not unique to the concrete operational stage – bullies can be aggressive toward other children as early as age 3. But during this time, bullying can be attributed to the egocentrism of the child. Children should be developing empathy during this age. Fortunately, children can also express their feelings better than they could at earlier stages. Give your child the space to tell you about bullies or how other kids at school might make them feel.

Set up a routine. As children explore their autonomy, suggest a routine to give them more power and control over their day. Once their chores are done, they can be rewarded. Getting into the habit of having a routine early will teach children how to organize all these tasks they can do and make the most of their time.

Set ground rules. Similarly, you can set limits for your child as they begin to take on different interests. Children will seek out screen time and phones around this age. Communicate with them that you need to limit this time and why. The earlier these ground rules are put in place, the more normal they will be for the child.

Write stories with your child. Moving past egocentrism allows a child in this stage to put themselves in the shoes of others. Share a conflict that a character in a story might have, then ask your child what they would do. How do they think Little Red Riding Hood feels when she sees that her grandma is a wolf? How do they think the Beast feels when they have transformed from a Prince to the Beast and back again?

Let them help you bake. A lot of skills developed during the concrete operational stage can be applied while baking a cake or cookies. Show them that one cup of flour in the measuring cup is still the same amount of flour when it’s poured into the bowl. Point out that all of these ingredients can be made into one cake, and that a cake is made up of all these ingredients. Ask them who might like to eat some cookies: Mom after a long day of work? Grandma, who has been feeling sick? Kids might make a mess during this time, but they will build on a lot of cognitive skills while doing it!

What Comes After the Concrete Operational Stage?