Making new habits is an important way to make a change in your life. Humans are creatures of habit; what we do now affects what we do in the future.

Think about the kids back in high school that went through your school’s honors program or just the ones that seemed to excel academically. Perhaps they took college-level classes and gained privileges that other students didn’t get. A big part of why these students were so successful in high school academically was because they created good habits back in middle school.

Let me tell you about trigger-habit-reward development, which is a great method for creating new habits that can improve many aspects of your life.

You can always learn more, in every aspect, because learning more increases your wealth in love and happiness.

Take a piece of paper and divide it up into three columns. In the center column, write down 5 to 10 habits that you want to create. This is your “habit column.” I want to read 30 minutes every day, so I’m going to put that down in my habit column.

The left column is the “trigger column”. This is where you write something that happens throughout the way that will “trigger” you to do your new habit. You should have one trigger for every item in your habit column. My trigger, on the left side of reading, is going to be waking up. Whenever I wake up, that's the first thing I will now do: read. Over time, this will become a habit for me.

We have one more column to fill out, and that’s the “reward column.” My reward is going to be breakfast. Once I finish my 30 minutes of reading after I wake up, I will eat breakfast. Your reward column can have anything; it really just depends on you and what you find satisfactory.

Your paper should now have three columns and 5 to 10 rows that list a trigger, then the habit, and finally your reward. In one of my rows, I see that I will wake up, read for 30 minutes, and then have breakfast.

Over time, this will create a habit. If I don’t read, I’ll actually start to feel guilty for waking up and eating breakfast.

I’ll give you another example of something on my list. Since I usually have a pretty light breakfast, it’s not unreasonable to tell myself to use breakfast as my trigger for this next habit: running one mile. This means the breakfast is my reward for one thing AND my trigger for another thing, so my habit list will keep me rolling with things I want to get done.

So now, my paper is no longer three columns… it’s more of a line of habits and rewards that will always trigger the next thing to make sure I stay productive during my day!

I love taking showers, and feeling clean at the beginning of the day always makes me feel better about myself. Plus, it’s always good to take a shower after a run, so let’s make that my reward for running!

Now we can add running and taking a shower to my chain of habits, triggers, and rewards:

So I take a shower and it feels great; it’s the best thing ever. I was all sweaty, I got myself pumped up, my heart was going, and that shower was just very refreshing.

And now my habits will keep going since I can make my shower a trigger for something else!

Fun Fact: This method was actually instilled in Arnold Schwarzenegger when he was little. Before he could get food, his parents made him do a whole bunch of push-ups. His parents did this to make working out become a habit for him.

Note that you can make any trigger form a habit, and this doesn’t have to be a daily thing. You could link up paying a monthly bill as a trigger to call up your grandmother and tell her that you love her.

You can turn anything into a trigger! You just have to be creative and let your mind associate different tasks with each other.

Maybe there's one thing that just happens once a year that you want to turn into a trigger. “It's time to pay my taxes… so it’s also time to get my dogs their annual vaccinations.” 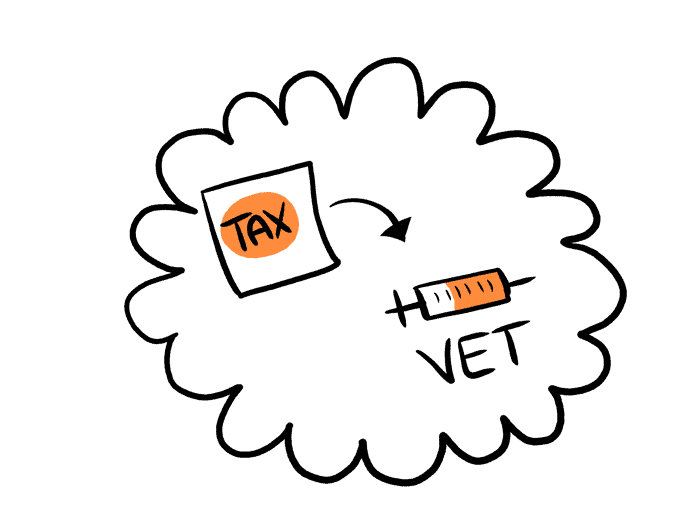 Just be careful that the longer the time span is, the harder it is to create a habit since you iterate through your trigger-habit-reward system less often. When your trigger is something that you do daily, the habit is more likely to stick.

You can also make random events into a trigger. Let’s say your trigger is seeing someone walk down an aisle, and your habit is complimenting them because you want to get better at that. Your reward could be something small and discrete, such as a popping a Skittle in your mouth.

If someone walks by your desk 50 times a day in a big office, that's 50 compliments… which is 50 rewards, and you know what else it is? That's 50 iterations of that habit.

That would probably become a habit week, and you won’t have to give yourself a Skittle anymore to keep it up! When someone walks by, you'll just automatically say things like, “Hey, Jim. Nice shoes. Love those things,” or “Hey, Linda. That's a neat shirt,” or “Hey, John, I noticed you got your hair cut!” Your habit will just start to come to you naturally over time! 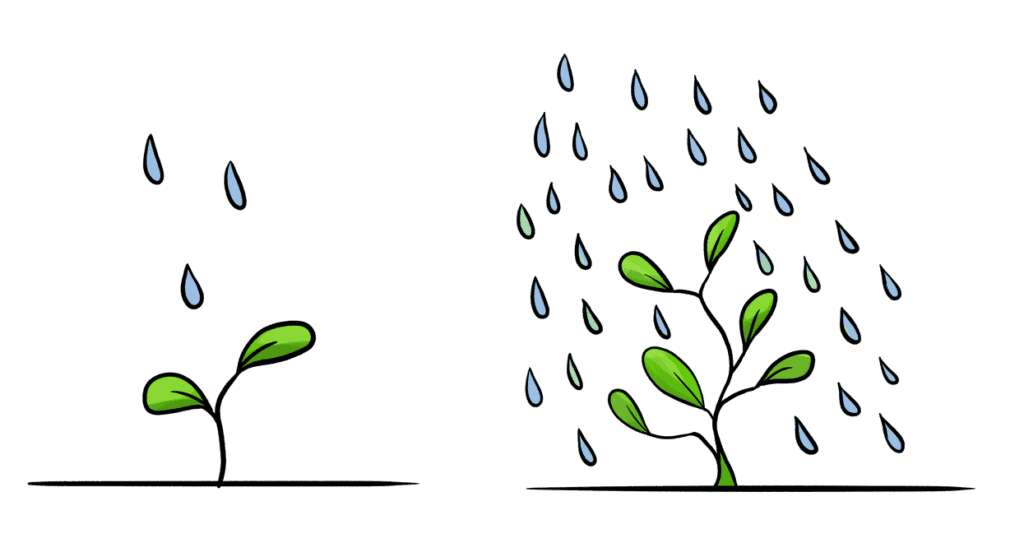 You should still have your piece of paper with triggers on the left side, habits in the middle, and rewards on the right.

From now on, anytime you want to create a habit - whether it's thanking someone for something they did or going to the gym - write it down on there and keep it somewhere where you can easily see it and remember it.

Another great way to make a habit is simply swapping out an old habit you don’t like. You've already got the trigger and you've already got the reward, so just switch out the thing in the middle. Change your middle column from smoking to reading. Change it from drinking to chewing gum.

And finally, here are two more things I’ll leave you off with that will help you with habit development:

An affirmation is something that you tell yourself over and over so you’ll eventually start to believe it and unconsciously start to behave according to it.

Your brain will start to believe it and process it like it’s a fact - a physiological response of a psychological affirmation. You can say “Hey, I'm going to go for a run today.” at the beginning of every day. That's an affirmation.

Saying, “I'm going to be super successful today in my journey of __________,” can give you the confidence to truly believe that you will achieve that goal.

Note that affirmations work better if they are positive. It’s always better to say, “I will eat healthy food,” than “I will not eat junk food.” The brain cannot process negativity as well as it can process positivity.

If you think to eat less junk food, guess what you’ll be craving? You’ll think of junk food, and you’ll want it even more now because of the “forbidden” aspect (that you decided to eat less of it). So the affirmations need to stay positive. They need to stay on things you will do instead of what you won't do.

Whenever you think about making a new habit, understand that it’s not going to be created overnight unless you force yourself to think of it as instant and forever.

If you have trouble with that, you can come up with an if-then statement: “If I create this habit, if I go on a run every day; if I start planning my meals every day, then I will have a healthier body. Then I will have a six-pack. Then I will get better at talking to women. Then my finances will increase.” 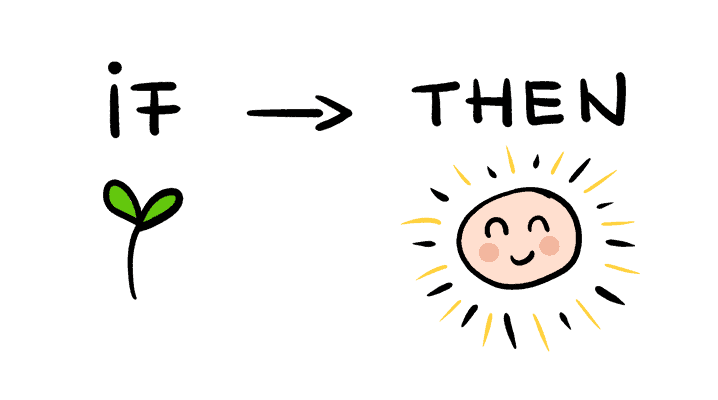 These if-then statements will be little motivators. Along with the affirmations, they are very powerful in creating habits.

You should now have a basic understanding of how to create new habits that will last forever. So get out there and start making some new habits!