What is a Habit? (Definition and Types of Habits)

Brushing our teeth twice a day, grocery shopping once a week, going out with friends every Tuesday... these are all habits that we may have developed over time. Habits can make our lives better or worse, depending on the types of habits we have. But what is a habit and why do we need habits in our lives?

Habits are routines and things that we do on a regular basis, some knowingly and some unknowingly. They keep you going when you want to get things done but you are low on motivation. It’s easier to do something if it’s a regular habit. 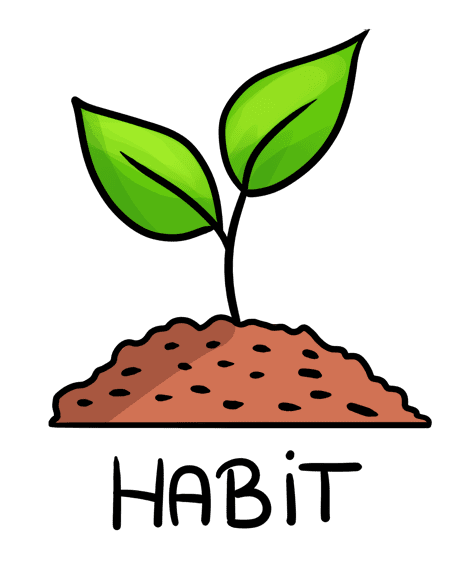 You won't need extra motivation if you have a habit because your mind just takes that particular action as a “default thing to do” at a particular time of the day. If a habit is there, you will continue doing that thing even it’s annoying or hard.

For example, you don’t really need extra motivation to brush your teeth, because if you've been doing it for 30 years, you just know that's what you do before you go to bed.

Types of Habits (And Examples)

There are many ways to categorize habits: mental, physical, or emotional habits; motor, intellectual, and character-building habits, etc. Habits can be done in the morning, at night, once a week, twice a day, you name it! When u/MarbleWitch16 asked Reddit for bad habits, they got a long list of examples:

Why Are Habits Important?

Habits are especially important because we cannot rely on motivation, which will eventually go away.

Sure, we get motivated by reading a new book or by trying a new sport because it's fun; it’s interactive; it’s new and fresh! The novelty factor is always appealing to the brain and it helps us get started.

But what happens after a while?

When you cease to discover new things, you tend to get bored. As you advance further with your new interest - beyond the “beginner phase” - things will get harder, and you might not love your new activity as much as you did on the first day. The motivation slowly goes away... but by then, hopefully, you have developed a habit of doing it anyway.

When the motivation fades, discipline remains because you've built up a habit.

The more successful, positive, and accelerating habits you have in your life, the more you will boost your success. Sadly, not very many people want to become disciplined, and there's a reason behind that.

Julius Irving said, “being a professional is doing the things you love to do, on the days you don’t feel like doing them.”

For example, anyone can go to YouTube and start learning how to play the piano or guitar. But when things get complicated or hard, they lose motivation and think, “oh, I have learned six chords and now I don't feel like learning anymore because I've learned the song that I wanted.” 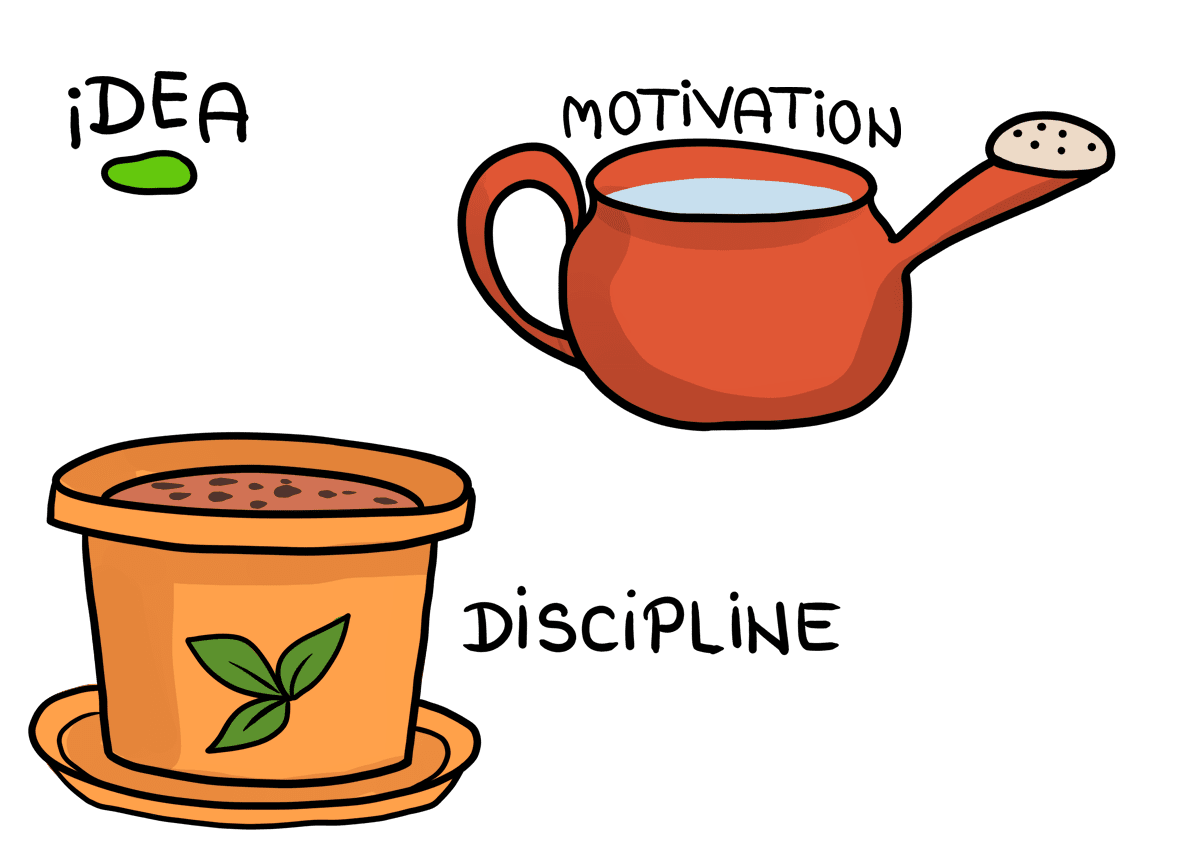 How Are Habits Formed?

You need a lot of discipline to remove negative habits or to replace bad habits with good ones. Any positive change in your life will be difficult to make happen.

The good news is that changing or forming habits always get easier with time. Habits keep you going when the going gets tough and motivation drops - you just need the discipline to form that habit in the first place.

Another cool thing about habits is that once they are formed - once they are locked in the neural pathways of your brain - they will start to turn really difficult things that you once struggled with into easy tasks for you!

For example, you might struggle working out every day.

For example, Arnold Schwarzenegger worked out all the time when he was young, so now it’s easy for him! In fact, it would be out of character for him to lift less than once a week!

How much easier do you think it is for him to work out than it is for someone who has never worked out before? The more you do something, the better you get at it.

Once you have a habit formed, it will eventually compound. Take reading. If you read every day, you’ll start to read faster and more. By the time you're 60 or 70, just imagine how much knowledge you’ll have accumulated just by reading for 30 minutes every day!

We need to have habits in our lives. They are a gift of the human brain. They help us to keep improving ourselves and our lives, even after our motivation for something died down long ago. 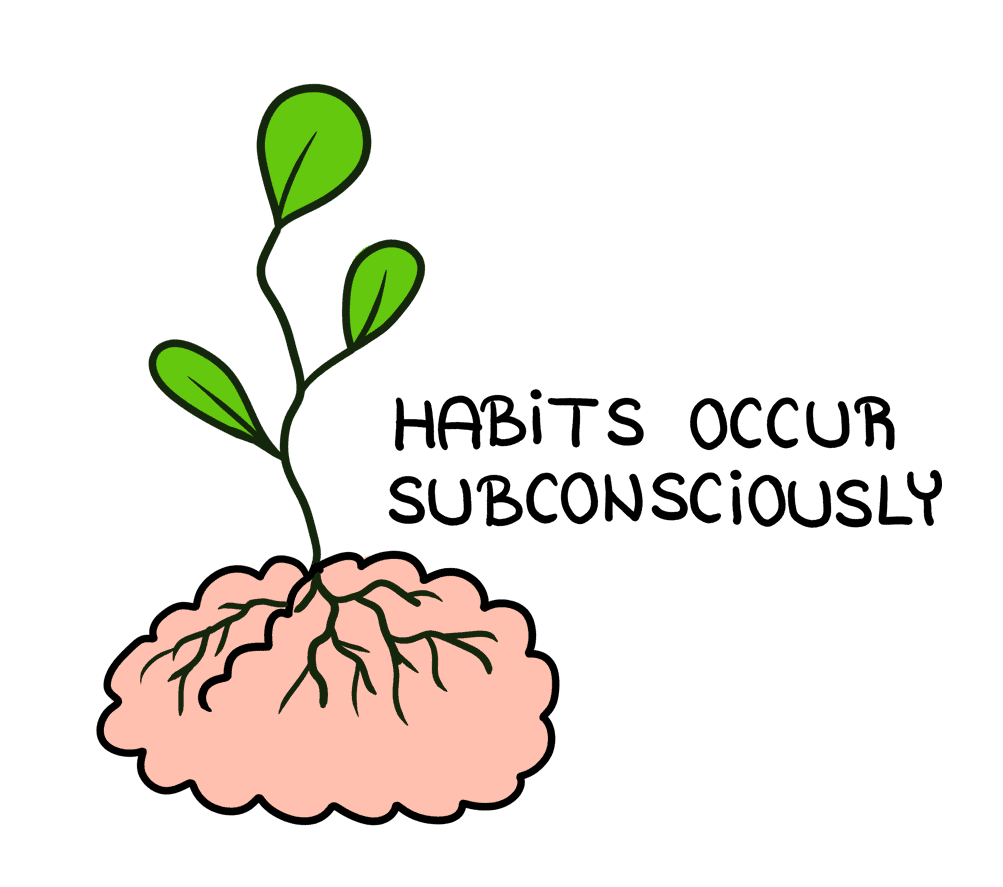 Habits and Your Brain

Habits tend to occur subconsciously, which means we don't think about them consciously.

You don't think about that route you’ve taken every day for the last six years when you drive to work. Driving that route is automatic because you've built up a habit and your brain has established that neural pathway. As you drive, you know when to turn on your blinker and you automatically know where to go and what to do at every intersection.

Habits are well established when your brain stops spending resources on certain tasks. Established habits are simply a lower part of your thought process. You don’t have to think about them to do them.

If you can copy and paste other habits in that section of your brain - reading, working out, investing in your health and happiness -  you can use that to boost your success. That's what the objective of habit harvesting is!

One last thing about habits: they harden like concrete over time and they compound.

Let's say you have $3 every day and you put that into an investment account. For a while, it’ll feel tough losing that $3 that you could’ve spent on a cup of coffee or a candy bar. However, after a while, you’ll stop thinking about it and forget that you ever used to have an extra $3 every day.

It may become a habit that you won't even think about, but the results of it will definitely be shown. If you start at age 20 and you end at age 60, investing $3 every day will make you over $700,000!

An example of a negative habit is alcohol. If you drink alcohol every day from the age that you are 20 through the age you are 60, there will be some unimaginable effects in your health, wealth, love, and happiness aspects of your life.

The Psychology of Habits

Habits can be positive, but they can also be negative. You could smoke three cigarettes a day, you could smoke half a pack a day - that will also compound and lead to the unsuccessful part of your life. You know you'll have higher chances of lung cancer, and your friends and family may not hang around you as often if you have a smoking habit.

In this free mini-course, I aim to help you identify all the habits in your life and reverse engineer them and say, “Is this going to help me to get to where I want to go?”

So read on to learn how habits can help you to improve your life!