But this astounding ability seems so out of reach - because as far as the science goes, it is out of reach. So let's talk about photographic memory.

Is Photographic Memory a Real Thing?

This is the big question, isn’t it? The short answer is no, photographic memory is not real. While there are tales of people who have photographic memory, or perfect long-term memory, they haven’t been scientifically tested in a way that proves their abilities.

Eidetic memory and photographic memory are often considered to be interchangeable terms, but they describe two different abilities.

What most people associate with photographic memory is often eidetic memory.

Eidetic memory is the ability to see an image for only a few seconds after it's removal and be able to recall the image and its details vividly.

This image “stays” in a person’s memory without the help of mnemonic devices or other tools to help recall details or the arrangement of items in the image. This ability only lasts for a few seconds, before the brain decides to send the image to short-term memory storage or disregard it.

Photographic memory, however, the ability to see an image or a page of text and automatically store it into short-term or long-term memory with great detail. At a moment’s notice, a person with photographic memory can recall the image with perfect accuracy. They can read a page of the dictionary, word by word, without any error.

Sounds cool, right? It almost sounds too cool to be true.

How Often Does Eidetic Memory Occur?

Here’s a fun fact for you. Every year since 1993, there is an event called the World Memory Championships. None of the winners have ever claimed to have photographic or eidetic memory.

There are people who have entered the World Memory Championships claiming to have eidetic or photographic memory...but none of those contestants have ever taken home the prize.

Is Photographic or Eidetic Memory Something You Are Born With?

When it comes to eidetic memory, there is one group of people that can reasonably claim to have it. That group is children.

Up to 15% of children have an eidetic memory, and this number shrinks when talking about adults. Most adults who have been labeled as having an eidetic memory also use mnemonics and other devices alongside their enhanced natural abilities to remember imagery.

People With a "Photographic Memory"

What backed up this claim? Stromeyer had Elizabeth look at an image of 10,000 dots.

The next day (to ensure the dots were stored in her long-term memory), he showed her another 10,000 dots. When you place both of these images together, they form a 3 dimensional image. When Stromeyer showed Elizabeth the second image of 10,000 dots, she could see the three dimensional image, supposing that she had remembered the first 10,000 dots.

Here's an example of a stereogram: 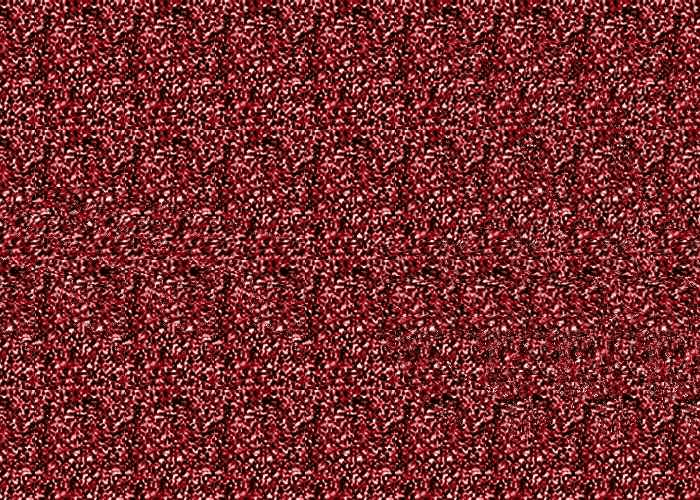 His one test made headlines, but then something strange happened.

They never participated in any further tests of Elizabeth’s memory. And although scientists have looked far and wide for a similar case that matched Elizabeth’s - it’s never been found.

While no marriages have tainted the reputation of Solomon Shereshevsky, his legitimacy as “The Man Who Could Not Forget” has been doubted and tested over the years. Shereshevsky, more commonly known as S., became famous for his ability to recite and remember long strings of numbers at a time.

In the 1920s, S. was attending a work meeting and told off by a coworker, Alexander Luria, for not taking any notes. After the meeting was over, S. recalled the entire speech of the meeting word by word. Since then, he has memorized complex math formulas and large poems in foreign languages.

But the picture painted of S. wasn’t entirely accurate. While he was a phenomenal mnemonist, he did not have photographic memory. In fact, when reporters followed up on the story of S., they found that his relatives would describe him as “forgetful.”

S. also showed strong signs of 'fivefold synaethesia', in which his senses were connected to every other. He might see a number 5, and then feel sandpaper, taste chocolate, and hear Mozart. His experience of the world most likely helped his memory, because the next time he tasted chocolate, all the other sensations connected would come back.

Here's an example of something he said:

"Take the number 1. This is a proud, well-built man; 2 is a high-spirited woman; 3 a gloomy person; 6 a man with a swollen foot; 7 a man with a moustache; 8 a very stout woman—a sack within a sack. As for the number 87, what I see is a fat woman and a man twirling his moustache."

Can You Develop a Photographic Memory or Eidetic Memory?

There is no way to work toward a full photographic memory, but practicing memory skills like mnemonics can help you improve your short- and long-term memory. With focus, practice, and a healthy diet for your brain, you might end up testing your memory in the World Memory Championships!

How to Improve Your Memory With Mnemonics

Mnemonics are devices that help you remember information, especially information that is in a specific order. Singing the ABCs, remembering PEMDAS, and similar tricks you learned at school are all mnemonics.

You can use these devices to help you improve your memory. Maybe you’ll become so skilled that you can compete up with the champs! Just don’t claim that your memory is photographic - we all know that that’s not possible.