If you’re here because you Googled “State Dependent Memory” and are wanting to learn more about this interesting new concept, you’ve came to the right place!

It’s no secret that alcohol can have a big effect on our memories. Too much alcohol can cause something called a “blackout,” in which your memories seem to be completely wiped forever. The only way you’ll have a clue about what horrendous things you might’ve said on your big night out is if someone tells you.

But did you know that some people can retrieve memories they made while they were drunk…by drinking?

This is just one of the wacky ways that state-dependent memory works in the brain.

What Is State-Dependent Memory?

State-dependent memory is a phenomenon where people are more likely to retrieve memories that were created in similar states of consciousness. For example, if you learned something while drunk, you will have a higher chance of remembering it if you are also drunk.

How does this happen? It has to do with the way that we “train” our brains. When we learn something new, we create a neural pathway that connects brain cells. The cells can then communicate, which helps us to recall information that we had learned as we created those pathways.

If cells have been “trained” to communicate while our brains were in a specific state, they are also more likely to communicate when we are back in that state. The cells recognize that the chemical conditions are the same now that we are drunk, using medication, etc., and will send out the communication necessary to recall memories.

I’ve read a ton about memory developing this series and one thing is for sure: Nobody really knows how memory works. However, we can describe it using models and theories. When it comes to State-Dependent memory, there is no model or theory other than the fact that it works and can be replicated. 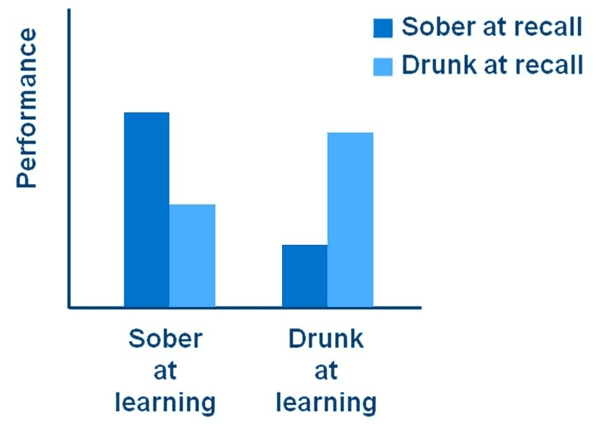 But state-dependent memory involves more than just booze. Other substances, as well as other internal factors, can play a part in memory retrieval.

Common factors that influence the “state” you are in include:

For a simple example of state-dependent memory, let’s assume an aspiring psychology student learns some simple facts about biopsychology. While he is studying the subject, he takes some unprescribed Adderall. As time passes and the test comes, he will be much more likely to remember those facts if he takes Adderall before the test.

The same happens if you learn someone’s name at a party and you’re drunk. You’d be much more likely to remember their name the second time if you were in the same state that you learned their name (drunk).

This phenomenon isn’t just localized to humans. In fact we can see state dependent learning in goldfish, mice, rabbits, cats, dogs, and even some types of invertebrates.

Other studies involving caffeine and Ritalin have also supported the idea of state-dependent memory. Nicotine also has some research that it provides a powerful state-dependent effect.

However, people do not have to have controlled substances in their bodies to encode state-dependent memory. Researchers are continuing to look at how mood and internal pain may play a part in state-dependent memory. These theories are controversial, but it’s not hard to make the connection between how “training” the neural pathways in our brain could create these types of memories. The neurotransmitters that influence our mood also create the neural pathways in our brain.

This information can help you when you’re studying for a test or trying to learn information for any reason. Pay attention to the state that you are in and the place you are located while you are learning. Will these factors help you or hold you back when you are trying to recall that information later?

Context-dependent memory is the phenomenon in which memories can be retrieved if the person finds themselves in the same room as they were when they encoded the memory. External factors, like the room in which someone was in or smells that they took in at the time of encoding, play a role here.

If you’ve ever walked into a room and forgotten what you entered for, you may be able to remember your intent if you walk back into the original room you entered.

Another facet of state-dependent memory is mood dependent memory. In the same fashion, you are much more likely to remember a piece of information if you are in the same mood that you learned it. Much more powerful is mood-congruent memory. 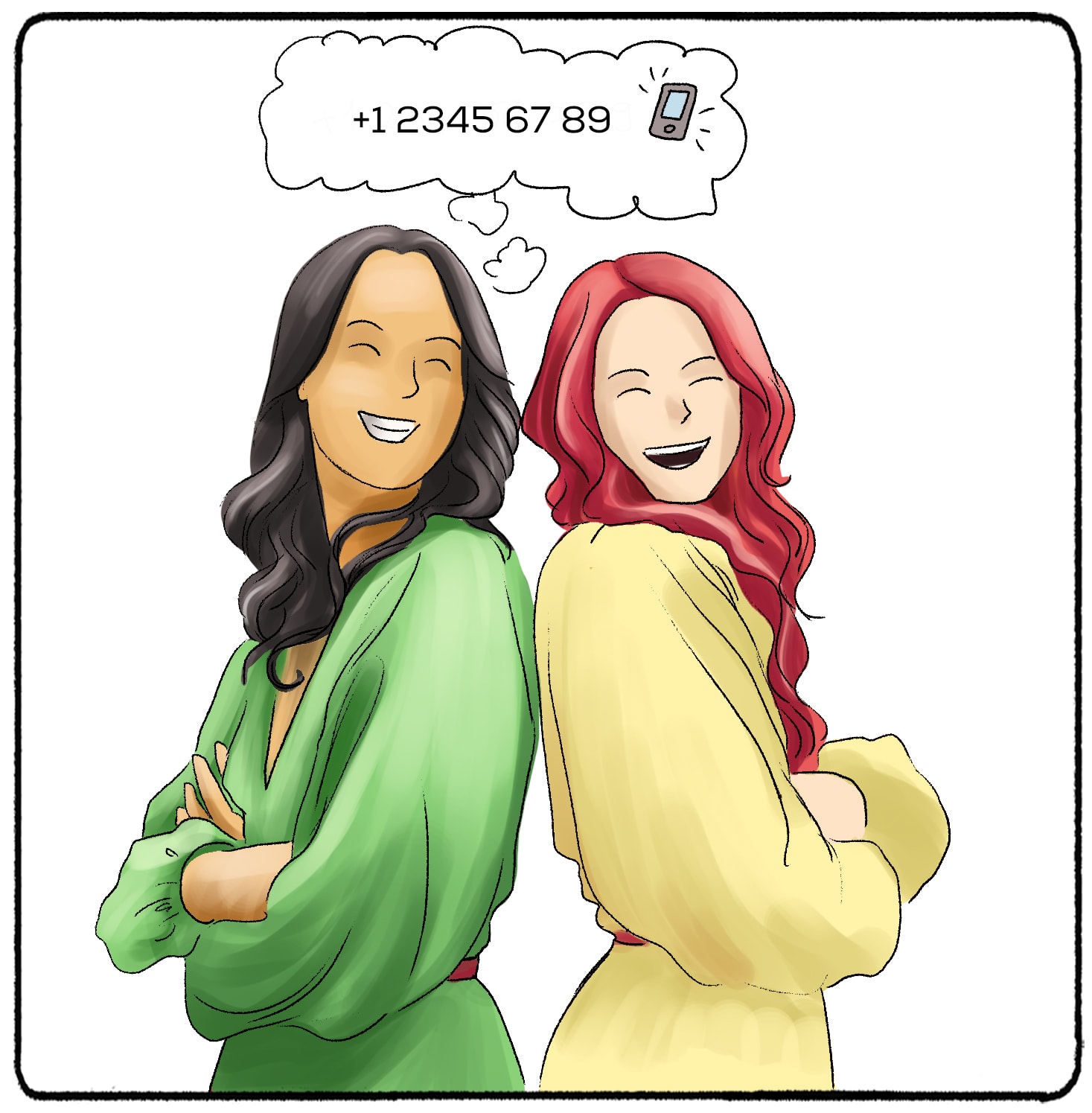