Where does daydreaming fit in? How do we apply skills and knowledge that are stored in our long-term memory to calculate problems that exist in our short-term memory? How do we explain that time when you thought you were calling someone by their name, but accidentally referred to them as someone else?

We will review all of the answers to these questions in this video about working memory. Working memory explains more than just the connections between short-term and long-term memory storage. It gives us an insight to how we create, perceive, and tell stories about the world around us.

What Is Working Memory?

Working Memory is the function of short term memory that processes language and perception data in the brain. This memory allows us to manipulate objects, items, and numbers to perform complex tasks. Intelligence and working memory are very closely related.

Peter Doolittle describes working memory as “that part of our consciousness that we are aware of at any given time of day.” He gave a TED Talk in 2013 all about how working memory helps us make sense of the world.

He describes the four parts of working memory:

Working memory is one of the three main executive functions that help people organize tasks, regulate emotions, and pay attention in the moment. If you are a fan of meditation or mindfulness, working memory is crucial to these activities or “state of mind.”

In the TED Talk, Doolittle asked audience members to memorize a set of five words. He then gives the audience a multiplication problem and other tasks to complete. If the audience could remember the five words after those simple tasks, they could congratulate themselves with a high working memory capacity. (We will share some more examples on how to assess your working memory later in this video.)

How Working Memory Applies to Intelligence

A good working memory allows someone to remember information while recalling other pieces of information or performing other functions. And while more research still has to be done, many experts say that working memory is a good predictor of general intelligence.

Central Executive Memory and How Working Memory is Organized 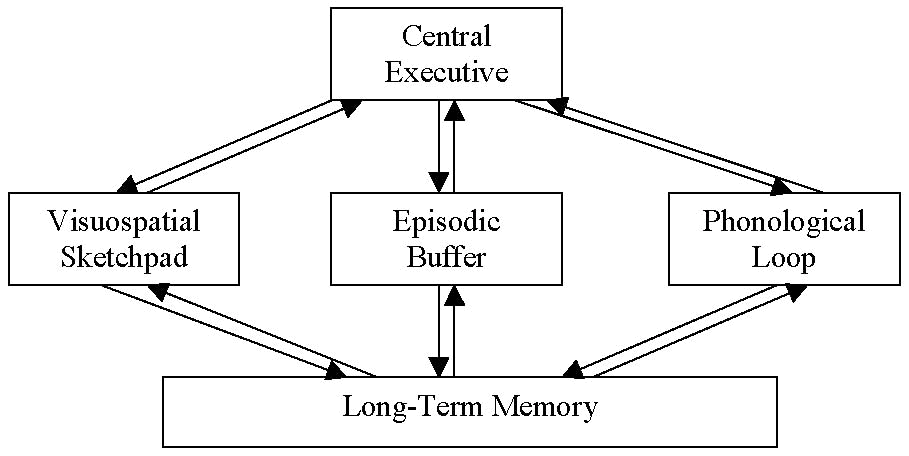 The most well-known model showing this process is the Working Memory Model, created by Baddeley and Hitch in 1974.

What input is most important? What parts of the working memory system will handle the information? And what ends up continuing the process into long-term memory?

Psychologists know the basics of what Central Executive Memory does, but the process in which it is done isn’t so clear. Much more is known about the areas of the brain where the CEM delegates the processing of information.

These areas include the Phonological Loop, Episodic Buffer, and VisuoSpatial Sketchpad. 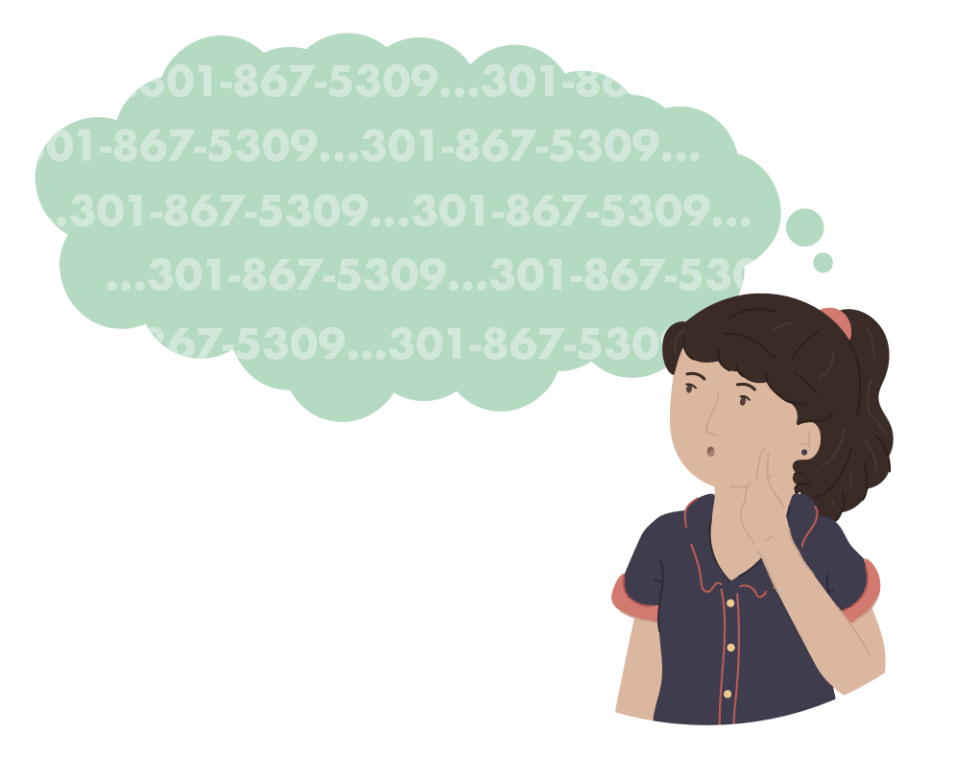 The Phonological Loop handles all of the auditory information. Within this loop are the areas of the brain that process what we hear and rehearse what we are going to say. When people are asked to memorize a phone number or a set of words, the Phonological Loop is put in charge.

It’s called a loop because if the loop is too long, you can’t start the process over. For example, try to remember the numbers “5-6-2-7-3”. Say them in your head over and over again. Now close your eyes and say those 5 numbers again. You probably did it, right? 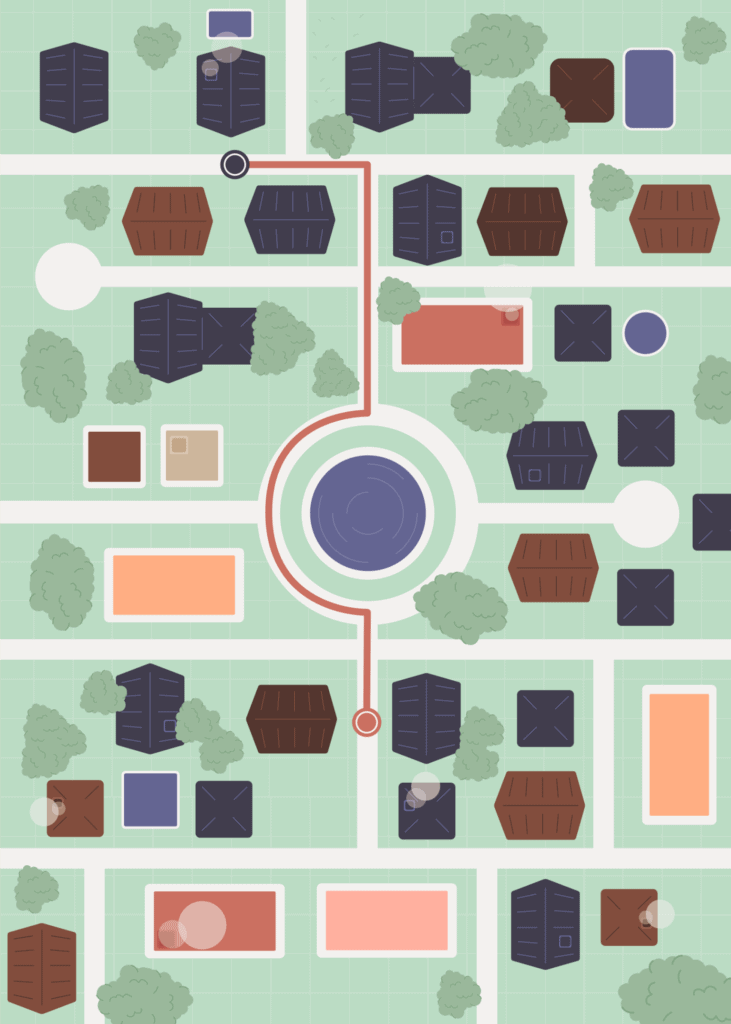 So now we know what’s in charge of what we hear. But what about what we see? This is reserved for the VisuoSpatial Sketchpad. The images that we take in and create in our minds are all handled by this area of the brain.

Think of a map from your house to your best friends house. You probably are seeing a top-down map with a line across each of the roads to get there. This place is called the VisuoSpatial Sketchpad.

Colors, Shapes, and even Haptic feedback are all information that is stored in our ‘mind’s doodlebook’.

The Episodic Buffer is the area that adds the soundtrack to the visuals. Like a movie, it puts together visual and auditory information and adds a sense of timing and organization. When our minds start to wander and daydreams start to form, the episodic buffer is hard at work “dubbing” the lines to the scene.

What’s the reason for adding it? In highly intelligent amnesiacs, patients show no ability to encode new information in long term memory. However, they do have good short-term recall of stories and events, which require mores space than just the phonological loop. Here’s Baddeley’s own opinion:

Remember, working memory does have a capacity. It can only take in so much information. There is a lot that your senses take in that doesn’t go into your working memory. 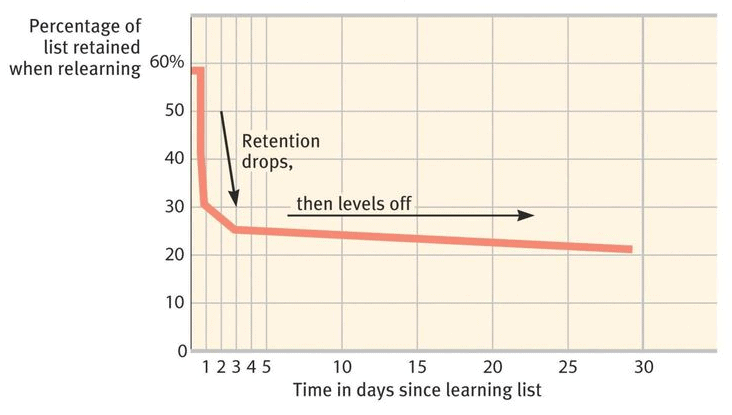 Without attention, the information begins to decay. This is the idea behind the Decay Theory. The decay theory says that the sensory input we consume leaves a physical and chemical change, referred to as a trace, in our minds. Over time, if the information is not addressed, that trace starts to decay until it is dropped from memory entirely.

If you keep having to feed your dog every day, then you’re giving attention to the task. However, if your dog dies, and you no longer have to feed your dog, then the attention is lacking, and over time your brain will assume “there’s no need to remember this”. Many people with dogs that have passed do not remember specific times of actually feeding their dogs.

The decay theory attempts to answer questions about how and why certain pieces of information are forgotten. But it’s almost an impossible theory to prove. When researchers give participants information as part of a study, the participants are very likely to pay attention to that information, therefore moving the information along to their working memory before it has a chance to decay or not decay. 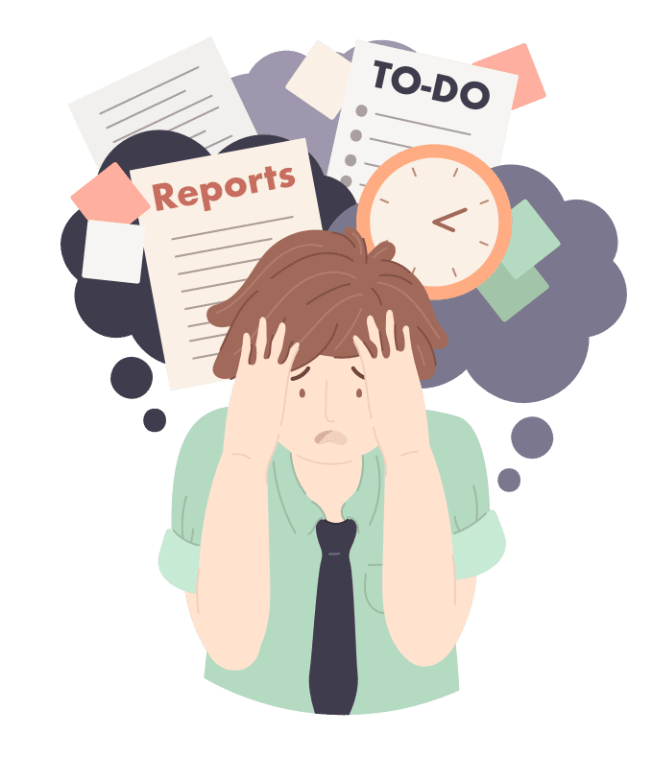 Why does interference occur? Our current situation will always add input to our long-term memories. This is an important lesson to learn when it comes to working memory and how we recall past events. The present moment always shapes our perception of what happened in the past.

I say this now because there are many things that can impact our working memory’s capacity and ability to accurately mix and process sensory input with long-term memories. One of these things is stress. Multiple studies continue to show that stress is associated with a working memory deficit. Stress greatly impacts working memory, and not always in a positive way.

Let’s start with the one positive note on stress and working memory. Stress, in the primal sense, is a signal that a person is in danger. The release of cortisol (the stress hormone) puts us into “survival mode.”

Studies have known that due to high stress levels, working memory works faster. Humans need a faster reaction time in moments when they have to choose between fight or flight. So a little bit of stress can help you process information faster.

Unfortunately, the information that you process is not always correct.

​Stress taints the information that we both take in around us and the memories that we pull from our long-term memory storage. Have you ever heard stories of witnesses in a criminal case who can’t seem to give a consistent answer on what they saw?

They may even change their story throughout questioning. This is partially due to the effects of stress. Someone under high levels of stress may not be able to pull up information or specific details from their long-term memory.

The best way to prevent these mistakes is to stay calm under pressure. Stay present and take a long, deep breath. These breaths tell the brain that you are in a safe situation and that there is no need to release anymore stress hormones that work against working memory.

Have you ever woken up from a night of partying and asked yourself, “What happened last night?” We all know that too much alcohol can significantly affect short-term memory. But how does alcohol affect your working memory? 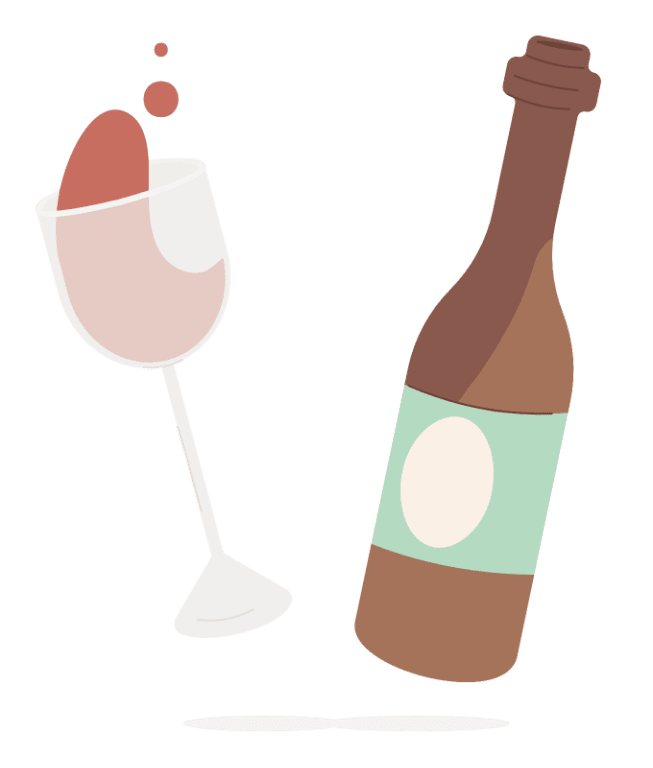 ​A glass of wine at dinnertime is not considered a threat to your working memory. But people with chronic alcoholism are likely to experience a loss of ability to stay focused and function using the VisuoSpatial Sketchpad.

Interestingly enough, one study also concluded that working memory and alcohol consumption negatively affect each other in a circle. A loss of working memory capacity results in a loss of inhibitions, making it more likely for people to grab another drink. The more drinks someone has in a day, the harder it will be for working memory to complete functions. So on and so forth.

There is a lot more work to be done to figure out how alcohol actually interacts with working memory and causes negative effects. But here’s my advice: don’t get wasted if you want to be able to solve tasks or learn something new.

I have actually designed the first every 3-in-1 memory test to measure short term, working, and long term memory. You can take it for free on my website in less than 5 minutes.

The first is the Sternberg Memory Task. You can use this assessment online and figure out how fast your working memory works. The assessment flashes a set of letters on the screen for a few seconds. Then, it asks you to identify whether a single letter was part of the set. Your reaction time, and whether or not you were correct, are both recorded.

The N-back task is a significantly harder version of the Sternberg Memory Task. You can use this tool online. Rather than asking participants to determine whether a particular letter just appeared on the screen, participants are asked to recall whether the letter was the same letter that appeared three trials prior. That’s a lot of letters and orders to keep in your head!