From not remembering where we left our keys to forgetting the name of a person we’ve just met, memory failures are a daily occurrence. But why do they happen? Not everyone has the same answer.

What Are the Five Theories of Forgetting?

Throughout the years, psychologists have created five theories of forgetting in an attempt to explain how and why memories slip from our memories. These five theories include the displacement theory, decay theory, interference theory, retrieval failure theory, and consolidation theory.

The displacement theory describes how forgetting works in short-term memory. Short-term memory has a limited capacity and can only hold a small amount of information—up to about seven items—at one time. Once the memory is full, new information will replace the old one.

Suppose you have just learned a seven-digit phone number when you are given another number to memorize. Your short-term memory doesn’t have the capacity to store both information. In order to recall the new phone number, you’ll have to forget the first one.

The displacement theory is supported by studies that use the free-recall method.

In studies based on the free-recall method, participants are asked to listen to a list of words and then try to remember them. The free recall method, unlike the serial recall one, allows remembering words in no particular order. These studies show that the first and the last items on the list are the easiest ones to remember.

Recalling the first item on the list is simple due to the primacy effect. At the time they are presented, these initial words don’t yet compete with the subsequent ones for a place in the short-term memory.

The recency effect explains why the participants remember items at the end of the list. These words have not yet been suppressed from short-term memory. The words in the middle of the list, pushed out from the short-term memory by the last words, are much less likely to be recalled.

The trace decay theory was formed by American psychologist Edward Thorndike in 1914, based on the early memory work by Hermann Ebbinghaus. The theory states that if we don’t access memories, they will fade over time. 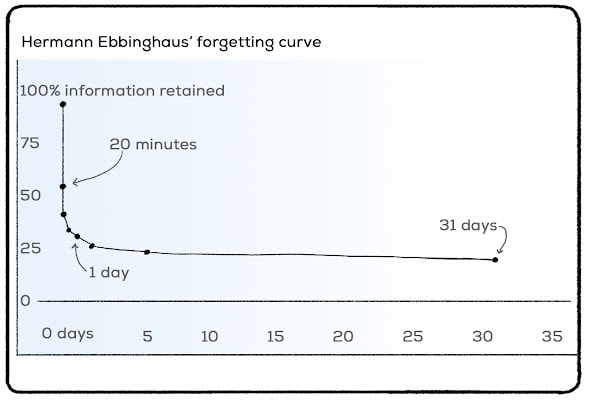 When we learn something new, the brain undergoes neurochemical changes called memory traces. Memory retrieval requires us to revisit those traces that the brain formed when encoding the memory. The trace decay theory implies that the length of time between the memory and recalling determines whether we will retain or forget a piece of information. The shorter the time interval, the more we will remember, and vice versa.

The trace decay theory, however, doesn’t explain why many people can clearly remember past events, even if they haven’t given them much thought before. Neither does it take into account the role of all the events that have taken place between the learning and the recall of the memory.

The interference theory concentrates precisely on this aspect of forgetting.

The interference theory was the dominant theory of forgetting throughout the 20th century. It asserts that the ability to remember can be disrupted both by our previous learning and by new information. In essence, we forget because memories interfere with and disrupt one another. For example, by the end of the week, we won’t remember what we ate for breakfast on Monday because we had many other similar meals since then.

The first study on interference was conducted by German psychologist John A. Bergstrom in 1892. He asked participants to sort two decks of word cards into two piles. When the location of one of the piles changed, the first set of sorting rules interfered with learning the new ones and sorting became slower.

Proactive interferences take place when old memories prevent making new ones. This often occurs when memories are created in a similar context or include near-identical items. Remembering a new code for the combination lock might be more difficult than we expect. Our memories of the old code interfere with the new details and make it harder to retain. 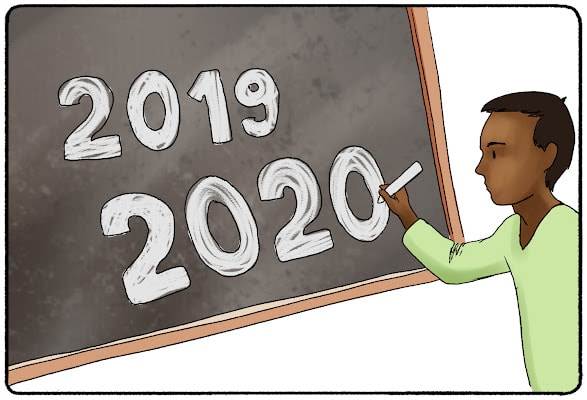 Retroactive interferences occur when old memories are altered by new ones. Just like with proactive interference, they often happen with two similar sets of memories. Let’s say you used to study Spanish and are now learning French. When you try to speak Spanish, the newly acquired French words may interfere with your previous knowledge.

The retrieval failure theory was developed by Canadian psychologist and cognitive neuroscientist Endel Tulving in 1974. According to this theory, forgetting often involves a failure in memory retrieval. Although the information stored in the long-term memory is not lost, we are unable to retrieve it at a particular moment. A classic example is the tip of the tongue effect when we are unable to remember a familiar name or word.

There are two main reasons for failure in memory retrieval. Encoding failure prevents us from remembering information because it never made it into long-term memory in the first place. Or the information may be stored in long-term memory, but we can’t access it because we lack retrieval cues.

A retrieval cue is a trigger that helps us remember something.

When we create a new memory, we also retain elements of the situation in which the event occurred. These elements will later serve as retrieval cues. Information is more likely to be retrieved from long-term memory with the help of relevant retrieval cues. Conversely, retrieval failure or cue-dependent forgetting may occur when we can’t access memory cues.

Semantic cues are associations with other memories. For example, we might have forgotten everything about a trip we took years ago until we remember visiting a friend in that place. This cue will allow recollecting further details about the trip.

State-dependent cues are related to our psychological state at the time of the experience, like being very anxious or extremely happy. Finding ourselves in a similar state of mind may help us retrieve some old memories.

Context-dependent cues are environmental factors such as sounds, sight, and smell. For instance, witnesses are often taken back to the crime scene that contains environmental cues from when the memory was formed. These cues can help recollect the details of the crime. 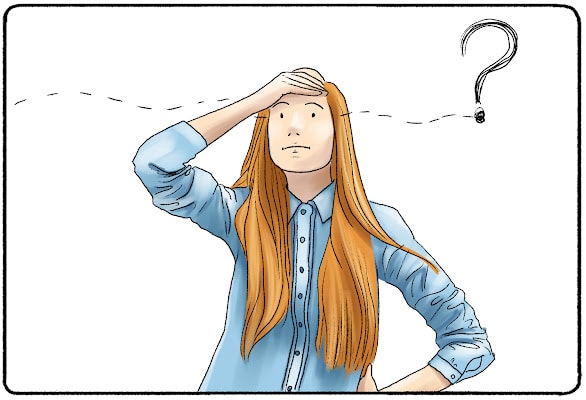 While the above theories of forgetting concentrate principally on psychological evidence, the consolidation theory is based on the physiological aspects of forgetting. Memory consolidation is the critical process of stabilizing a memory and making it less susceptible to disruptions. Once it is consolidated, memory is moved from short term to a more permanent long-term storage, becoming much more resistant to forgetting.

The term consolidation was coined by Georg Elias Muller and Alfons Pilzecker in 1900. The two German psychologists were also the first to explain the theory of retroactive interference, newly learned material interfering with the retrieval of the old one, in terms of consolidation.